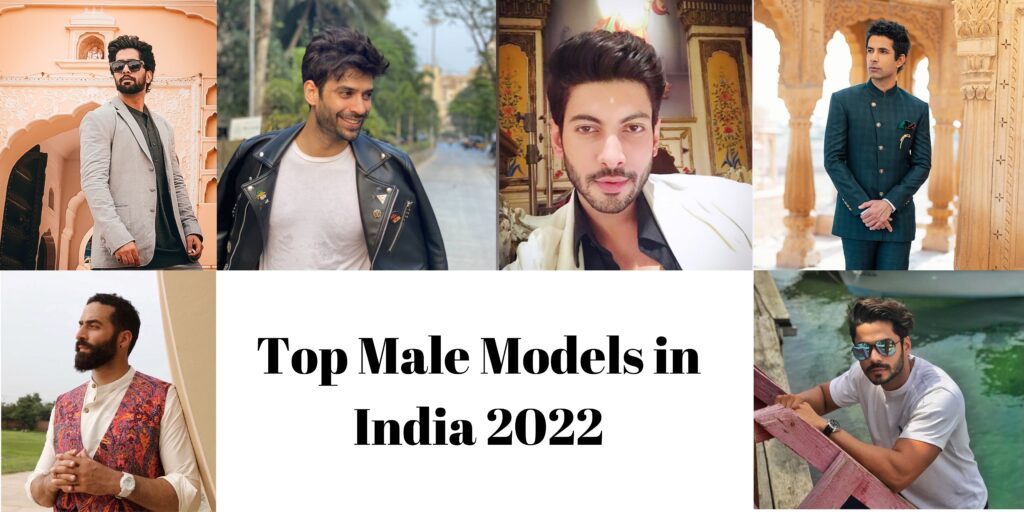 Modeling isn’t as simple as it appears. There are a lot of struggles in the field and it takes a lot of courage to go on the stage and walk confidently before a huge crowd cheering up for you. It is hard to focus especially when all the eyeballs are on you. The struggle is not only for women but for men as well. There are many men in India who have strived and secured the top positions in the modeling field and are presently a recognized face for all the Indians. Recently, we have published a post on 30 Most Beautiful Indian Women in World

Don’t miss this list of Top male models in India – 2020 on our other blog Healthkeeda.

Now we will be highlighting the list of top male models India:

Awarded with the title of Mr. India in 2015, Rohit Khandelwal is a famous Indian model and TV actor. He was the first-ever Asian to be given the title of Mister World in 2016. His modeling journey has been full of ups and downs, but he focused on the ups, and now he is a well-known name in India.

Many know Prathamesh Maulingkar as a famous Indian model, but he is a former footballer also. He is the first Asian footballer to get featured on the cover page of Men’s Health Magazine. He also won the title of Mr. Supernational in 2018. Prathamesh is an inspiration for many men in India. Born in Goa, he made his name all over India.

Angad Bedi is a former model and has made big on the Indian film industry. He is Neha Dhupia’s and is known for his amazing skills. He has played some good roles in Tiger Zinda Hai, Dear Zindagi, and Pink. He also starred in the movie F.A.L.T.U. which was his debut in Bollywood. He is the son of Bishan Singh Bedi, a famous cricketer.

An Indian television actor, anchor, and singer, there is nothing that Karan B Oberoi can’t do. He is well-known for his role as Raghav in the famous TV show Jassi Jaisi Koi Nahi. He has also been part of a band named Indipop Boy Band. Not only in India, but Karan has also made it big outside India too.

No one in India doesn’t knows who Harsha Arora is. Having an innocent face and smile, he has proved that he is more than these two qualities. He is an Indian TV actor who made his debut in this industry with the famous show “Beintehaa,” where he played the male lead role. He was also seen in the famous show of Star Plus “Dehleez:”

Born in Bhopal, Ankur Bhatia is a famous Indian model and actor. He made his debut in acting in 2010 and grew his skills as the years passed by. You might recognize Ankur Bhatia for his role in the famous web series “Arya,” among other projects like Sarabjit and Haseena Parkar. He currently resides in New York.

You all might know Sahil Shroff by his role in Don 2: The King is Back. He stepped into the Indian film industry with this movie. He is an Indian model and was a contestant on the reality TV competition The Amazing Race Asia. He has walked for so many designers, including Manish Malhotra. He was also in Eclair’s and Ltop modelux’s TV commercials.

Gaurav Arora is an Indian model and actor. He has done various tv commercials and pre-shoots for several brands. He was also the second runner-up in Gladrags Manhunt and Mega model Contest in 2006. In addition, he has been an integral part of a number of fashion shows and modeled for various designers

If we ever think about the male models India, Abhimanyu’s name can never be skipped. He has a sizzling personality that just makes him stand out among all the top India fitness models male.

As we all can see in the above picture, Manu looks more adorable than the scenery and he definitely belongs to this list. His postures, styles, smile, etc everything is just flawless.

He creates magic whenever he walks on the ramp. His smoky looks and hot personality is just too much to set the stage on fire and make him an essential part of this list.

Blessed with a handsome face, Rouhallah Gazi has always been dedicated towards his career and his several years of workout and fitness care made him one of the top models of this year.

Mudit has always been a shining star when it comes to modeling. His sparkling personality and the spark in his moves and styles always make every girl fall for him.

Long hair looks cool at guys and this is what Mohit proved well. His long hair made every Indian male love long hair and no doubts his ramp walk has always been amazing.

How many of you like Prateek Jain? Isn’t his looks and style amazing? He is an Indian model that all of us are proud of.

Nitin’s facial features have always been adorable and attractive to look at. Men often try to adapt his style as his physique and personality are just exceptional

No matter in which country of this world a man stays, an Indian can never leave his Indian culture. Himanshu is one such top Indian model who has won every Indians’ heart with his Indian personality.

So friends, which Indian male model is your favorite on this list? Please comment on your choice and the reason for your choice below.