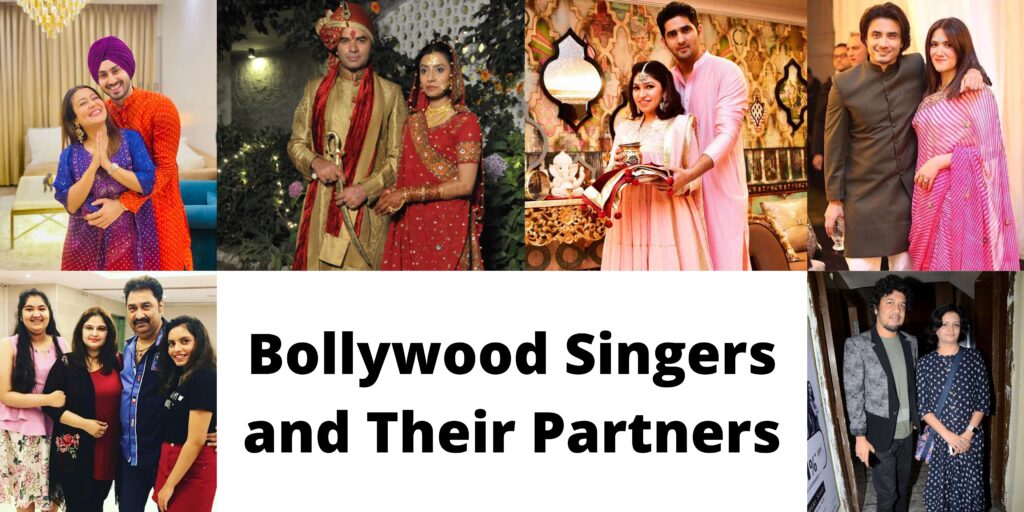 The Bollywood singers who voice mellifluous songs in the films are equally romantic in their personal life.

Bollywood singer wives who had done significant contributions of songs to the film industry.

Kailash Kher is an Indian playback singer who has sung in more than six languages in India. Kailash Kher married Sheetal in 2009, who is a columnist by profession. Theirs was an arranged marriage done by the laws of the Hindu religion.

Badshaah, the Indian rapper, had kept his personal life always private. He married Jasmine in a private ceremony; this is a love-cum arranged marriage. Badshaah said he met Jasmine at a private party as a common friend.

Abhijeet is an Indian singer and music composer who married Sumati, a professional fashion designer. While the couple was blessed with two sons, they remarried each other on their 25th anniversary in 2015.

Of course, there is no introduction required; everyone knows who A. R Rahman is the only one to possess two Oscars. He married Saira Banoo in 1995, who later became a big-time fan of his “Urvasi Urvasi” song.

Shaan met Radhika when he was 24; she was an air hostess, she was 18 back then, and after 7 years of courtship, they married. They have launched a music school and have two sons.

Mohit Chauhan is married to Prathna Gehlot, a journalist from Delhi. He is one Indian singer who music lovers of all ages love. Jab we met is the first movie that got him into the famous light.

Papon is an Indian singer from Assam, lead singer of the fusion-folk band, and a guitarist. He married Shweta Mishra Mahanta, a businesswoman, and now lives in Bombay with their two kids.

Adnan Shami, a musician from the Indian music industry, married for the third time in 2010. He married Roya Faryabi, who is a German-Afghani. The couple was blessed with a baby girl in 2021.

Neha Kakkar, a female singer from the Indian industry, is married to Rohan Preet Singh, a Punjabi singer, and actor. This couple had a beautiful marriage on the 24th of October 2020.

Tulsi Kumar is a famous Bollywood singer who married Hitesh Relhan in February 2015. Hitesh Relhan works as a business entrepreneur.

Sona Mahapatra, lyricist, and singer, is married to Ram Sampath, music director and composer from Bollywood. This couple has their own music school in Mumbai and a music production house named OmGrown Music.

This wonderful singer has broken the Guinness World Record for singing most songs in a day. He also holds the fame of the best playback singer for five consecutive years in the film fare awards.

Ali’s singing, dancing, crafts with various musical instruments qualify him as a good artist forever. Ali was love smitten with Ayesha’s beauty and the couple is a perfect match for each other. Atif being a very sensational singer did not take much time to fall in life with his beautiful wife Sara. The famous couple singers India has to wait for 8 years to get married.

Sunidi Chauhan is a perfect child prodigy, she started singing at the age of four, and ‘Meri Awaaz Suno’ contest put her in limelight. Her musical career is always in a good height. The dream boy Sonu met Madhurima at some programme in 1995 and they have been good friends from then. They were engaged on a valentine’s day and the following next day the marriage took place following all the Bengali rituals. After six years of courtship, the couple tied the knot in 2002.

The mettle singer has contributed many impressive love songs but at heart, he is a very shy person and a very humble person. He is also in the Forbes list as he is one of the top paid singers.

Honey Singh and Shalini Talwar knew each other from their school days and they had been good friends. After school completion, Honey went to the UK but did not forget his love. They got married without the knowledge of media, as Honey did not want his fame and popularity to go down among young people.

Though Shreya Ghosal is one of the best singers, she opted for a low-key affair wedding, which surprised many in the industry. The humble singer followed the Bengali rituals and looked stunning in the traditional red Banaras sari.

Music does not seek any language to get compatible with and these famous singers have given birth to many soulful songs. No wonder the heart throbbing Hindi couple singers has spilled love in their personal life too with the same melody and sweetness.