42 Popular Hairstyles for Girls With Medium Hair in 2022 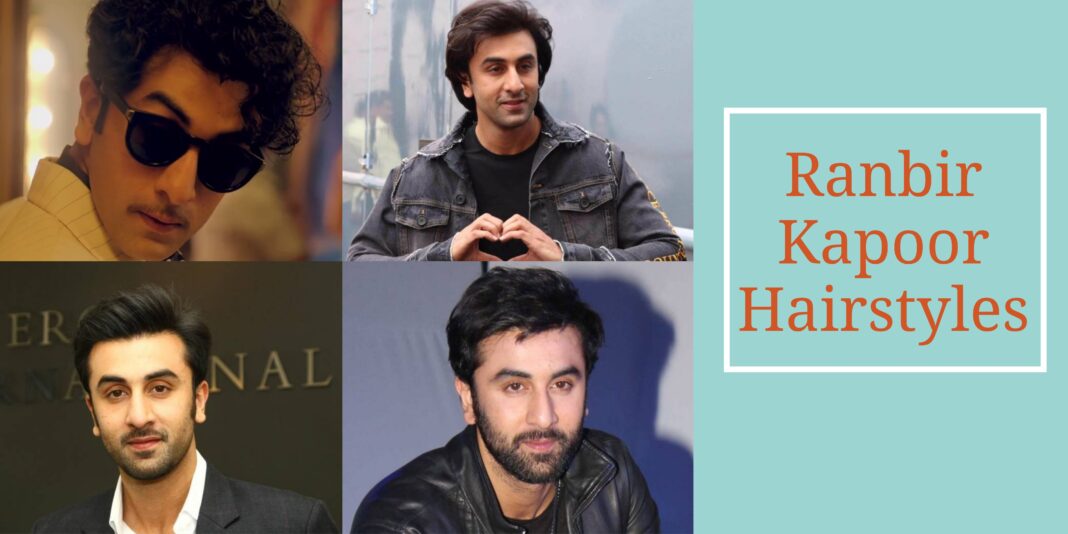 Ranbir Kapoor has always impressed the Bollywood industry and his fans with his films and back to back blockbusters like Ae Dil Hai Mushkil, Barfi, Rockstar, Ye Jawaani Hai Deewani and many more films for which he has even won awards. His cutie pie looks and flawless dance moves just leave the viewers with an “Awee” expression. Do you agree as well?

If yes, then I am sure will definitely read this post till the end as now I am going to highlight Ranbir Kapoor hairstyles:

The side brush hairstyle suited his serious and scheming personality portrayed by his character in ‘Rajneeti’. His hairstyle is consistent throughout the film. He has layered his hair and brushed his hair to the sides for this sharp and straightforward style.

Ranbir styled long hair with short fringes for his debut film ‘Saawariya’. Short fringes are uneven and razor cut to give a textured finish. This hairstyle was perfect for the kind and free-spirited guy played by him in this movie.

A coming-of-age movie ‘Wake Up Sid’, where Ranbir Kapoor played a spoilt and aimless kid, was completed with short spikes hairstyle. His hair is wayward with side-swept spikes and layers matched with the character’s carefree personality.

In Sanju movie, Ranbir kapoor had impressed everyone with his different hairstyle in Sanju. He has successfully adopted Sanjay Dutt’s hairstyles in the movie.

The above picture portrays Ranbir Kapoor’s new hairstyle in his film ‘Jagga Jasoos.’ In this Ranbir Kapoor short hairstyle, he has made a side spike and has applied gel on his hair revealing his chocolaty boy look in the best manner.

The hairstyle adopted by him in the movie ‘Ae Dil Hai Mushkil’ is Ranbir Kapoor hairstyle. Nowadays, his fans have witnessed him casually in this hairstyle. He has just left loose his short fluffy hair to bounce in the air.

This picture his from his film Tamasha and isn’t he looking manly in this? The reason behind this is the half shaven head and long hair shaped like spikes.

This picture is from his film ‘Bombay Velvet’ and the curls falling down his head portray him as one of the most powerful characters of the film. This was a very different hairstyle of Ranbir ever.

He might be looking innocent and adorable in this picture but mind it, his character was just the opposite. He was a car thief in the film and his hairstyle was something that just couldn’t be neglected in the film.

I am sure that majority of the readers over here just cannot forget this movie ever as Ranbir Kapoor just rocked in the film with his long hair strands and an arrogant personality.

This is one of the best hairstyles of Ranbir Kapoor as women almost end up developing a huge crush on him when they see him in this hairstyle.

Ranbir Kapoor looks so decent and innocent in this throwback angular fringe hairstyle. It perfectly suits the outfit and occasion he is going for. His beard is also trimmed neatly, making him look like a total gentleman.

Ranbir Kapoor did another neat hairstyle, which gives us total gentleman vibes. Suits make him look very handsome, and the modern slicked hairstyle just makes everything better. He looks very charming in this amazing hairdo.

Remember the iconic movie Rockstar? How amazingly he portrayed, his role is commendable. One of the best things about his character was the cool long hairstyle. It made his role of rockstar complete.

Another charming hairstyle is done just right by Ranbir Kapoor. He looks very dashing in hairstyles where all the focus is on his face.

We can’t help but stare at the chocolaty boy look of Ranbir in his young acting days. We wish he did more of such roles today too. His clean, shaved face with a decent short hairstyle makes him look very cute.

Ranbir Kapoor knows how to rock in style with his amazing hairstyles. For instance, his old-school hairstyle makes him look very dashing and charming.

How many of you liked the post and Ranbir Kapoor hairstyles 2021? Please comment your views below and let us know that which hairstyle was the best according to you?

Previous articleSahil Khan Journey – How Flop Actor Become a Successful Bodybuilder in India?
Next articleShahid Kapoor Hairstyles That Attracts Every Woman Towards Him