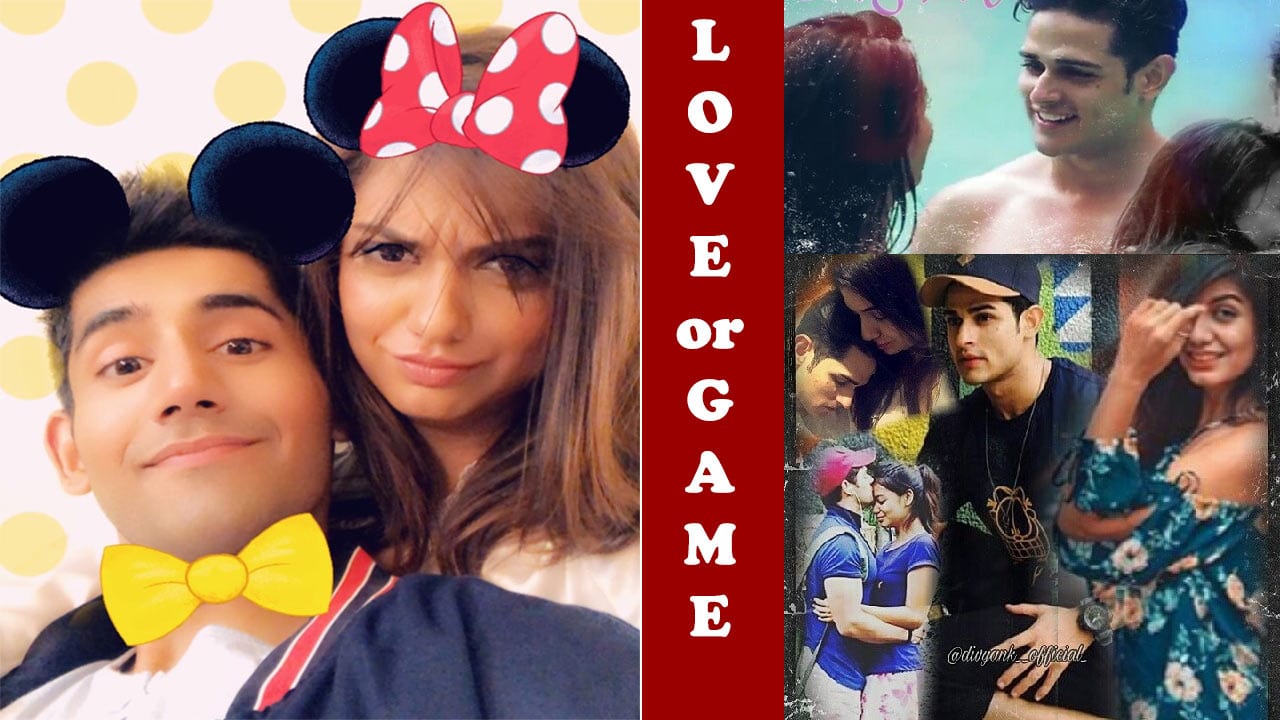 Divya Agarwal is a famous face in India today after her appearance in MTV Splitsvilla and as a winner of the Ace of Spades in the same channel. She is a model whose first TV Reality show was Splitsvilla MTV, which is a show of finding true love. In the show, she came to close to another contestant called Priyank Sharma.

The show is hosted by the popular Roadie host Rannvijay and the very gorgeous Sunny Leone. Both heat up the stage as they come together to make a perfect host Jodi. Rann is always discussing how tough you can be and Sunny is always seen looking out for different but true perspectives.

Divya and Priyank came close during the show and created a zone for themselves. They had rivals who were making plans against them, defeating them in the tasks. But however, both of them remained loyal to each other on the show. Soon after Priyank was eliminated, Divya was taken aback and broke into pieces, she vowed to punish all who were responsible for Priyank’s elimination.

Later she was retained in the show and went up to the finale with the then partner. While Priyank was out of the show she made sure that she wins, but however, could only happen to reach the final rounds.

When the show got over, both reunited, but as any normal couple faces challenges, Priyank and Divya were not an exception. They also had their fair share of highs and lows and eventually, both of them got two different shows. Priyank got a chance to enter the popular Big Boss house and Divya went to contest Ace of Space at MTV.

Difference between Priyank and Divya | How Varun Sood Entered the Scene? Soon after Priyank entered Bigg Boss, he had a brutal fight in the first week, upon which Salman Khan the host of the show decided to throw him out. Later after the request of fans to give him a second chance, the show took Priyank back.

Upon coming back, he started speaking wrong things about Arshi but faced a lot of backlashes. Later, he completely changed and performed in the house quite well. When it comes to Divya Agarwal, he started getting detached from her and his closeness with Benafsha Soonawalla became the turning point in the relationship. She entered the show when the organizer called all the loved ones of the contestants and indirectly made it clear that she will no longer be Priyank’s significant other. She left the relation gracefully and took a step ahead in life.

Soon, when Divya joined the Ace of Spades show at MTV, hosted by Vikas Gupta. He was the turbulent host and was strict enough to make sure all the contestants stay on their marks. Varun Sood is an ex-roadie participant and he was also a part of Ace of Spades. During the show, Varun started falling for Divya and finally confessed his love one day. He believes that he will break the stereotype and make sure their relationship is not only restricted to the show. Compares to Prince and Yurika’s chemistry and says they both fell in love on a reality show and today they are happily married.

Varun came to the show after he had a bad break up and was quite upset. In the beginning, he liked Chetna but later found that his real feelings are only for Divya. Chetna advised him to be open to Divya and he is forever grateful to have such a great friend.

After Divya knew about his feelings, she was considerate enough to understand and accepted his love. They both started dating and are till date together. Varun saw Divya openly speaking about her life to the public and not fearing anything. He has also realized the fact, he should be open about his life too. This made him feel quite light and he was able to concentrate more on the show.

Both of them have got their own space and time and guess what Divya was the winner of Ace pf Spades and Varun could not be more than happy. His girl made it this time!

Previous articleWhat Zodiac Signs are Compatible Together?
Next article50 Healthy Indian food for Every Diet Lover