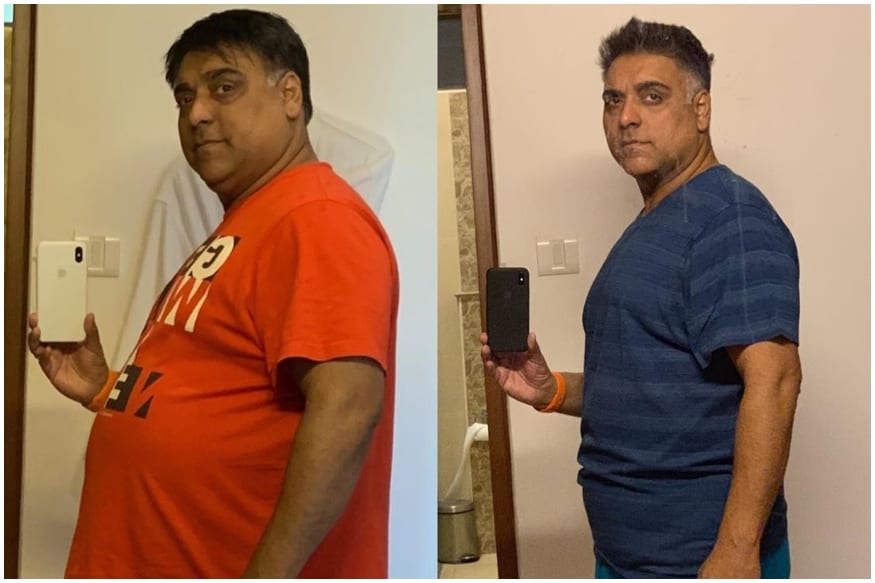 Bade Acche Lagte Hai lead Ram Kapoor used to weigh really too much. The man has always been overweight all his life and he has been doing such roles only on Indian television.

But this 45-year-old immensely popular actor shocked everyone when he shared his post and pre-weight loss photos. Fans and well-wishers from all across the industry started congratulating him.

In our other blog – we shared a vast list of Indian celebrities’ weight loss successfully.

Kishwer Merchant, who has been Ram Kapoor’s co-star in various shows wrote

“You’re back to how you looked in Dhadkan.”

“This is an amazing achievement.”

When it comes to the weight of Ram Kapoor then the man has been really fortunate with this much amount of weight. He has said time and again that his weight works well for his career.

Even when some days back, he uploaded a leaner photo of himself then his fans commented and wrote that we liked you with weight.

But Ram Kapoor has always said that he wanted to embrace the healthier self and thus weight loss.

We are yet to know the full details of his weight loss journey. But as per the sources the man used to weigh 130 Kgs when he started with his weight loss.