List of Bollywood Romantic Films That Couples Must Watch Together

Nobody can ever deny the fact that Bollywood films play a major role in every person’s life. Whenever we watch any film we try to connect with the plot and at times dive so deeply that we consider it to be a story of our real life. These films not only entertain us but also offer a few lessons. Bollywood romantic films generally influence couples and encourage them to realize what true love looks like in real life. I am sure all of you love to watch romantic Hindi films, especially when you’re in love. Hence, in this post, we will be revealing the list of romantic films to watch with a girlfriend.

Pro Tip – Recently we have written the traits of December born couples, you may know the girl’s nature born in December and boys too. Must Read Since Shahrukh Khan ‘The King of Romance’ played a lead role in this film, it is pretty much obvious that the film is romantic. The story revolves around 3 college students who fell in love with three girls. Even after loving someone they did not have the courage to love as their college authorities were against it there were chances of getting rusticated. Shahrukh Khan enters the college and changes the whole atmosphere with a dark past.

RECOMMENDED  Signs She Hates You After A Breakup? Dhadkan is one of the most romantic films of Bollywood. It features the story of a woman who married a man against her will and leaves her boyfriend. Later she falls in love with her husband but her married life gets disturbed the day her ex enters her life again. Jab Tak Hai Jaan is the story of a man who fell in love with a pretty lady but the twist in their love life starts the day the girl vows to get out of his life to save his life. Heart-broken Sameer too vows to play with death till he actually dies. Destiny favors the lovebirds but after years of painful hurdles. Have you ever fell in love with the guy whom you met accidentally. The story of this movie highlights a woman and a heart-broken man who met on a train. With several comical dialogues they develop a strong bond of trust and at the end get married. RECOMMENDED  Dating Ideas for You - If You Live in India

Raja Hindustani is romantic film that had a very unique concept and became a blockbuster film of the year. In this, a rich girl falls in love with her driver and has to leave her home for the sake of her love. A series of events take place later that almost separate them. DDLJ is one of the most popular films of Shahrukh Khan and is watched by people even today even after so many years. This is a simple love story of Raj and Simran who have to convince their family to accept them and shower their lives with blessings for a happy married life ahead. Ishaqzaade revolves around a man who cheated a girl to seek revenge. Their families were big enemies of each other. Later, he feels guilty and genuinely falls in love with her. But their family enmity ends their love story on a very painful note. No matter how many times to watch this film, you just won’t be able to stop your tears from flowing. This film highlights the real sacrifice that a guy makes to see the girl whom he loves settled with a nice person. RECOMMENDED  List of Indian Cricketers and their Beautiful Wives

Fanaa features the story of a terrorist who falls in love with a blind Kashmiri girl, who was not aware of her real identity. They meet after several years as they were separated years ago due to an attack. How many of you have fallen in love with your best friends? This romantic film is based on a similar theme but a lot of incidents take place before they realize that they have feelings for each other.

So friends, after reading the entire post which film are you planning to watch with your girlfriend or your boyfriend this week? Please comment your choice below.

7 Types of Kisses for Passionate Lovemaking

7 Bedroom Moves for Sex to Spice Up Your Life

What to Do If Your Guy Sleeps After Sex 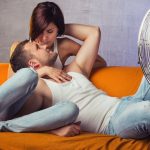 10 Romantic Things Every Couple Must Do On Their Honeymoon 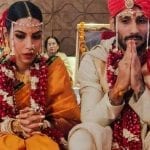 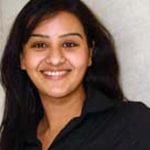