How many of you just can’t stop looking at the latest hairstyles on Bollywood stars? I’m sure the majority of us can’t.

Whenever we see these popular Bollywood actors on-screen or off-screen, we are just left with our jaws wide open due to their haircuts.

Have you ever tried these popular hairstyles of Bollywood actors? If not then after reading this entire post and carefully looking at all the images you will just feel like holding your comb and start grooming up.

Now we will be revealing the images of bollywood actors latest hairstyles :

Kartik Aaryan is among the  most trending celebrity of the bollywood and could mostly be seen with this voluminous clean and casual hair look which is more likely to be suitable for men having nicely trimmed beards.

If you are discussing about Bollywood’s most skilled actor and Rajkummar Rao never goes outdate with his looks. This Rajkumar Rao hairstyle goes well with casual as well as classics.

Siddhant recently seems to be that one iconic character and mostly carry this short and quirky-curly hair look which gives a cute guy kinda vibes.

‘The National Crush’ for a reason. Vicky Kausal’s textured curly high fade look is the latest sensation among the youth that requires no care and maintenance, and the messy look is a major turn on for a lot of women!

Ali Fazal has been a known face for quite a while now.  His side-swept retro hair look along with little hint of moustache is the most subtle and tidy look that never goes out of taste.

Along with his dancing and acting skills, Tiger Shroff hairstyles have always been attractive as per his roles. This side parted haircut is perfect for this summer. For those who love medium hair, you need to try this.

One of the multi-talented celebrities of Bollywood, Farhan Akhtar has always been careful about what he wears and how he looks and it is very clear after we see the actor’s hairstyle adopted by him above.

Just have a look at the spikes of Arjun Kapoor above? This hairstyle is very popular and is often adopted by several teenagers and college going, guys.

The short curly bob of Bobby Deol has always been popular and many people just cannot stop themselves from making the hairstyle he has made in the above picture.

How many of you just love the rowdy look of Ranveer Singh’s hairstyle above? Isn’t it too manly? So guys just pick up your comb and try this hairstyle now.

RECOMMENDED  How to Wash Your Hair without Shampoo

Most of us over here must be a huge fan of Saif Ali Khan. His movies, acting skills and looks have always been commendable. So is Saif Ali Khan hairstyle in the above picture, isn’t it?

Varun has always been one of the most adorable actors in Bollywood and somewhere his hairstyles have always added to his handsomeness.

I am sure most of the girls over here admire Hrithik a lot and always leave their work just to have a glance on his hairstyle.

The long hair have been perfectly maintained by Shahid Kapoor’s Hairstyle in the above picture and his dimples just create a magic.

Ranbir Kapoor is another cutie-pie guy of Bollywood and Ranbir Kapoor’s hairstyles have motivated many men to adopt the same hairstyles and look great.

How can we exclude Shahrukh in this list? The swaying miniature flicks and silky hair of Shahrukh just kill the audience with an attractive personality.

According to you, which Bollywood actors latest hairstyle is the best? Please comment your views below. 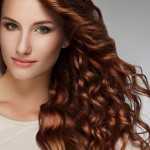 The Goodness of Henna: What it does to your Hair 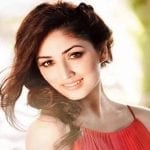 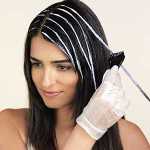 How to Dye Hair at Home? 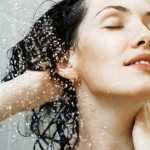 How to Wash Your Hair without Shampoo 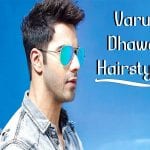 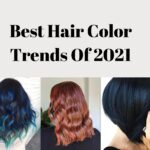