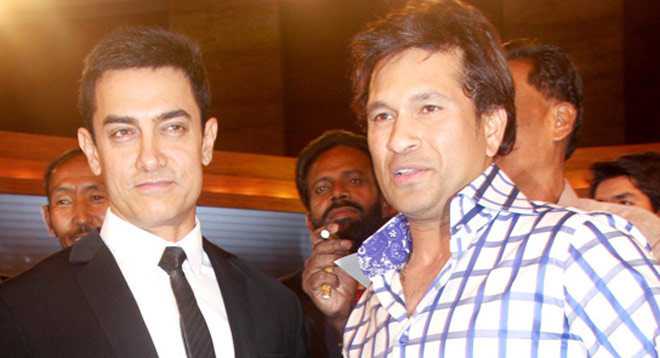 Height is usually associated with the look and personality of a person. It is generally seen that a taller person is given over preference over a short person in almost every field. A tall person is considered to be more confident in his attitude and personality in comparison to a person who is short than the expected height. However, history has many examples that prove height has nothing to do with one’s abilities and success. A person of any height can win the world with his sheer talents and achievement. Here, I have listed a few names of the famous short height living legends.

Born on 24 April 1973, Tendulkar is a former Indian cricketer and is renowned as one of the greatest batsmen of the cricket fraternity. He stands tall among his fellow cricketers with a height of 5 feet 5 inches. He started playing cricket from a very young age of 11 years. On 15 November 1989, he made his Test debut against Pakistan in Karachi. From the age of 16, he started representing India internationally and he has given almost twenty-four years of his life to the game. He has to his credit the title of being the first cricketer to complete more than 30,000 runs in international cricket.

Born On February 3, 1970, Warwick Ashley Davis is 3 ft 6 inch tall. He is an English actor and a television presenter by profession. He shot to fame with his title characters played in Willow, Leprechaun film series, as Ewok Wicket in Return of the Jedi. He has also bagged the character of Professor Filius Flitwick and Griphook in the Harry Potter films. In a sitcom ‘Life’s Too Short’, written and directed by Ricky Gervais and Stephen Merchant, Davis has acted as a fictionalized version of himself.

This 44-year old American film, television and stage actor was born in Philadelphia. He has a height of four foot but it was never a hindrance to his acting career, and he has successfully managed to avoid being slotted to roles typical to ‘little people’ either. The star has also been a part of the famous series including Seinfeld, One Tree Hill. Woodburn has also bagged a role in the movie Watchmen for himself.

Aamir Khan is another Indian film actor, director, producer, and television presenter. He was born on 14 March 1965, and at present, he stands tall at a height of 5 feet 6 inches. Through his acting talent, Khan has established himself as one of the most influential actors in the Indian film industry. He has many prestigious awards in his credit including four National Film Awards and seven Filmfare Awards. He was conferred by the Padma Shri in 2003 and the Padma Bhushan in 2010, by the Government of India.

Born on 12 December 1950, to Marathi parents as Shivaji Rao Gaekwad, Rajinikanth is a well-known Indian film actor, media personality, and cultural icon. He started acting in plays while earning his bread working as a bus conductor in the Bangalore Transport Service. He debuted in the National Film Award-winning film Apoorva Raagangal directed by in K. Balachander in 1973.

Can Height Grow after 30?

Gary Coleman shot to fame with his as Arnold Jackson in Different Strokes. The 4 feet 8 inch tall actor has since done a few small and bit parts on TV series and in films. However, he is largely known to be more famous for his exciting personal life. His manifestation in the divorce court, a car accident, an assault, and ongoing financial problems were emitted into different dramas.

How to Grow Taller After Puberty

Diminutive Dolly might be only five foot in height but she is the owner of a big heart. She is a singer and a songwriter who came to fame with her country songs “Jolene” and “I Will Always Love You”, She is still singing and writing songs. Recognized as a patron, she is an accomplished player of many musical instruments that include autoharp, banjo, drums, guitar, harmonica and piano. She also has her own theme park called the Dollywood.

Famous with his professional name ‘Wee Man’, Jason Bryant Acuña stands at a height of four feet. Born in Pisa, he is an English actor and TV host. He is one of the Jackass star. During his working days as a subscription manager at the skateboarding magazine, he became involved with the stunt-crazed show called Jackass gang. He has been a part of the reality shows like Armed and Dangerous and Celebrity Circus. At present, Acuña does occasional presenting gigs.

Actor by profession, Verne Troyer is 40 year old and is 2 ft 8 inch tall. He shot to fame for his role as Mini-Me in Austin Powers. He is also famous for his private behaviors. He has been in the limelight for both professional and personal life. He is among the many celebrities to fall foul of a sex tape scandal, showing the intimate moments between him and his ex-girlfriend Ranae Shrider.

Kenneth George popularly known as Kenny Baker, stands at a height of 3 ft 8 in. Professionally, an English actor and musician, he plays R2-D2 in the Star Wars franchise of movies.

Madge Bester measuring 2 ft 1.5 inch in height is the world’s former shortest living woman. She suffered from osteogenesis imperfecta in which one has brittle bones and used a wheelchair for movement. She has been a campaigner for the disability rights and held a press conference in 1998 on the same issue, which was also accompanied by the world’s smallest man Lin Yih-Chih. Now, Bester is leading her life in a retirement village in Bloemfontein.

Born in May 29, 1986, Dylan Post is an American professional wrestler for the WWE, and is popularly known as Hornswoggle, his ring name. He started playing for the WWE in 2006 as a leprechaun character related to Finlay. He garnered additional infamy by winning the Cruiserweight Championship, before its retirement. He was mistakenly revealed as the illegitimate son of Mr. McMahon, and also came into the limelight for being depicted as the Anonymous Raw General Manager who had controlled the Raw brand from June 21, 2010, to July 18, 2011.

She is recognised as one of the youngest living short people in the world. Amge is recorded to be only 2 feet tall at the age of 20. In 2011, she was declared the smallest woman of the world by the Guinness Book of World Records. A documentary named Body Shock featured Amge in 2009.

How To Get Taller Fast