Teen or Time to be “no more virgin”

Recently I stumbled upon web news about how a teenage girl nude video got viral after she sent it to her sex starved boyfriend. The victims in such cases may be different but their mental and emotional suffering is same. Getting cheated by the most trusted person at such a tender age can be very tragic. Sometimes, the victim commits suicide due to shame or become depressed. 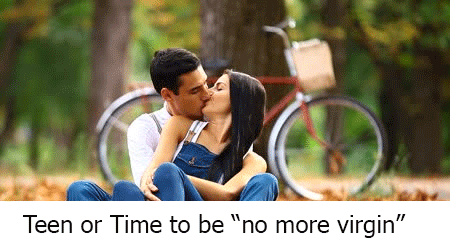 These days, such incidents have become common all over the world even in countries with conservative cultures like India. I still remember the MMS scandal of a prestigious school in Delhi which made the schools (including mine) ban mobile phones in their premises.

That incident has moved many parents and use of mobile and internet was more scrutinized. One fine evening while returning from my tuitions, my tuition mate revealed during a discussion on the same MMS topic that most of her classmates were indulged in sexual activity and feel cool about it. I gave a “Haww” expression and surprised response “Kya bat kar rahi hai (What are you talking about)” in a hushed tone.

She further mentioned that not just senior students but kids of sixth and seventh standards have also done “that” and I was shocked like hell but after a decade of that incident, I think it has become a common activity for teenagers.

Having a boyfriend or girlfriend is like having the latest gadget in your possession. Without it, teenagers feel like an outcast. But why it happened? What makes the teenagers indulge in sexual activities?

Peer pressure plays a significant role in the personal life of a teenager. I was once asked by my friend in school if I had a boyfriend and I answered her that my brother was my boyfriend. For me, he was a boy and my first friend of opposite gender so I thought it was the best answer but my friend had surprised me.

She enlightened me with the new definition of a boyfriend. She told me that I must refer that word to the guy whom I have an affair with and I nodded in understanding. So you see how our friends can be correct us and provide us the new and updated vocabulary. At the age of 15, I was made aware about the concept of girlfriend – boyfriend and adult jokes by my dear friends.

Now the age limit has reduced for such information and sex has not remained a taboo subject like in my teenage years. Teenage couples are more aware of the sex acts, positions, protection and many other things. So if you don’t have a GF or BF then your BFF make sure that you have one so you don’t feel left out.

Studies show that sex in teenage years can lead to changes in brain and reproductive organs as they are still in development phase. It can also lead to psychological and social problems like mood swings and inability to bond in a committed relationship in later years.

Reduced concentration is another problem during courtship or after sex in teenagers. Fear of being caught by the parents also cause stress in teenagers affecting their grades in schools or colleges.

Effect of movies on teenagers’ brain

Movies and games especially adult movies leave a drug like an effect on young brains. It excites the teen and diverts the focus onto his or her sexual desires from studies. Regular romance flicks also fuel the need of having a special someone in life who can be your partner in your sexual acts. Other genres like horror or violent movies also invoke violent emotions in teenagers.

RECOMMENDED  Things You Can Do For Your Hubby This Karwa Chauth

Yes, it can help in teens in many ways. Teens can be made aware of their changes in the body or puberty, dangers of teen pregnancy, personal hygiene, risks of sexually transmitted disease and much other sex related stuff. If the teenager will get proper information from the right source then he/she won’t be misled about the ongoing changes and about the sexual requirements of the body.

Can we take teenage sex positively?

The positive side of teen sex is that teens are more extrovert and can easily socialize therefore they are not destined to delinquency. A sexual encounter also alleviates anger in teens which prevent them from engaging in delinquent acts like theft, vandalism and drug addictions.

Is there a way to make teens focused on their studies?

There are some supplements effective for increased focus in teens. Here we have listed some of them

RECOMMENDED  7 Signs If He Likes You Over Text

This amino acid is a brain booster and used in many focus enhancing supplements. Studies have found that people with dementia and memory impairment have been benefitted by low to medium doses of ALCAR. It works by increasing oxygen uptake in the brain which results in improved memory, focus and overall mental performance.

This is an herb coming from Ginkgo tree which is one of the oldest plants on this planet. It also improves the oxygen flow into the brain to enhance memory and focus. Recent studies in Europe and the US found that if it is added in regular diet then it can improve brain reaction and overall memory recall.

This is used for the treatment of ADD/ ADHD due to its brain boosting characteristics. It is found to block an enzyme which breaks down acetylcholine (a neurotransmitter) which carries information over synapses. It facilitates more acetylcholine in the brain and thus improves the mental performance in terms of memory and focus.

It is extracted from green tea and increase GABA and dopamine levels in the brain. It is found that it can make the user more alert, focused and improve the quality of thinking if combined with coffee.

These ingredients are natural and you can look out for them in your health supplement to improve your overall health. 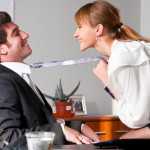 How to Ask for Dating to Your Office Colleague, if You are a Male? 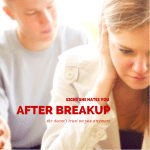 Signs She Hates You After A Breakup? 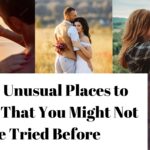 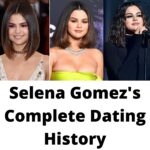 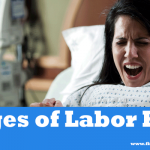 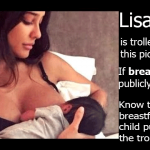 Breastfeeding in Public: Need of a Child or an Act of Vulgarity?

Breastfeeding in Public: Need of a Child or an Act of Vulgarity?