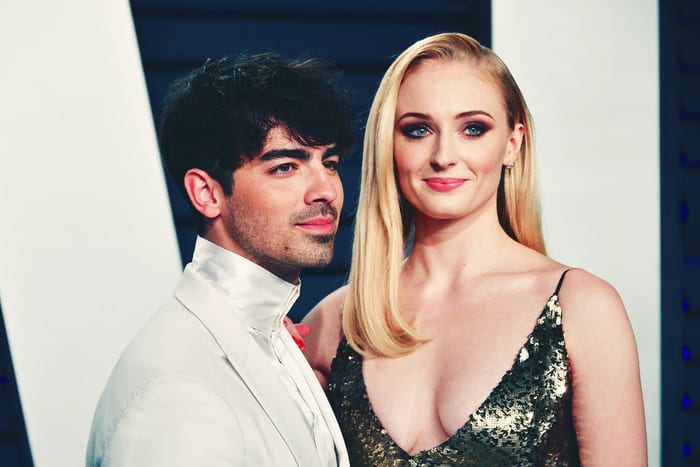 Sophie Turner and Joe Jonas got married for the second time. Yes, you read it right. First, they got married in Los Vegan in May and that time only they knew that they would have a traditional wedding sometime down the line.

And they had a second wedding that too in France.

When asked why they went for the second wedding, then one of the sources close to them said

“Sophie and Joe knew the moment they decided to tie the knot in Vegas that they would do it ‘right’ the second time around. They both are spontaneous and loved their Vegas wedding but there was never a question as to if they would get married ‘properly,’ as they referred to it, later in the year.”

The second wedding took place in the South of France which was decorated with white flowers and glass candles and the setting looked pretty surreal.

Happy Valentine’s Day my love. You make me the happiest.

“just needed to plan so they could create a perfect fairy-tale, which is what they did. Sophie wanted to have a very traditional, almost royal wedding and never ever considered wearing anything but white. France was the obvious choice for both of them because they felt it’s not only truly beautiful, but also an ideal spot in the summer for everyone to come together.”

The source summed up an said

“wanted an ultra-private wedding in the South of France.”

“Sophie was drinking Champagne with her girlfriends and brunch was also delivered. Joe had a few shots with his groomsmen to ease the nerves.”

The maid of honor was Sophie’s co star Maisie Williams and she also wore white.

white party for the bride and groom 🎉

The couple’s dog which was named as Porky Basquiat was the groomsman and wore the traditional wedding dress.

We wish the couple all the best in their newly married life.