Virat Kohli as always been the star of India and a very prominent celebrity. His hard work and dedication have made India his huge fan. No doubts, his looks have always been hypnotic. People have a very common misconception that cricketers only focus on their games and physical strength instead of their looks but Virat Kohli has very well proven this concept wrong. Most of the audience, especially women are a die-hard fan of his humbleness and personality. The element that catches every one person’s attention towards him is his well-maintained hair and classy hairstyles.

This is Virat Kohli’s new hairstyle and I am sure most of you must be loving it. This one, makes him look cool, isn’t it? He has shaven the lower portion and has shaped the remaining hair in the form of spikes.

Now, this hairstyle gives a manly and powerful look and showcases him as a real player. It is very much similar to the first hairstyle but the only thing that makes this different is that he has set his hair free and allowed it to swing in the air’s direction.

RECOMMENDED  Does Hair Dye Cause Hair Loss or Damage Your Hair?

This picture highlights one of the best hairstyles of Virat. The little messy hair strands hanging above gives him a ‘cool dude’ appearance and showcases him as a very chilled out person.

This is a selfie of Virat Kohli with his dear wife Anushka Sharma and they both are just looking adorable. Virat has portrayed his hairstyle that reveals clearly that he is in a holiday mood. His hair is extremely short with tiny spikes.

This is seriously a killer picture of Virat as it showcases his sizzling and charismatic personality. His hair are a little long in this one and undoubtedly it is a very adorable hairstyle adopted by Virat. Most of the readers here might agree that he looks better in long hair.

Now, if you’ll compare this picture with the first one, you won’t be able to figure out much difference but if you’ll look at this one carefully, you’ll realize that in this pic his hair is a little longer than the first hairstyle above. His hairstyle is more visible in this one as the hair is long. It looks much cooler on him when he is in the field.

According to you, which was the best hairstyle of Virat Kohli? Please mention your selection and comment your views about this post. 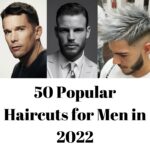 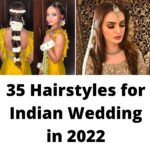 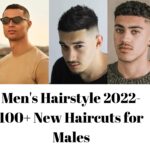 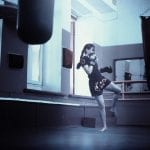 What Are the Benefits of a Heavy Bag Workout?

What Are the Benefits of a Heavy Bag Workout?