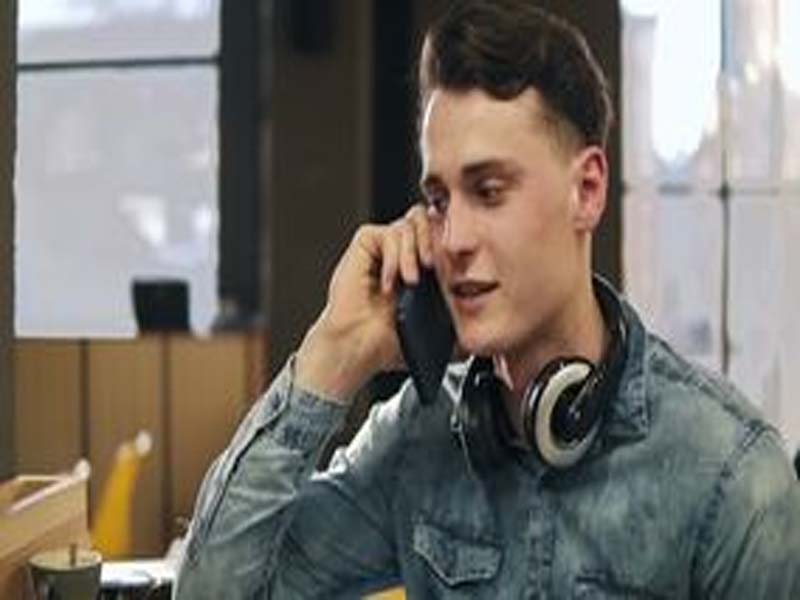 I was holding her picture in my hand and weeping hysterically. Since the morning my eyes have just not forbidden from crying and my bedsheet was almost wet. Numb to the situation, all I could do was recall the moments that I had spent with Sheetal and let my remorse fade away.

“She should have trusted me. She just believed a stranger more than me and since there is no trust between us then it was better was us to part our ways,” I consoled myself.

I called out her name every time I wept and I would have almost flooded my room with tears if I wouldn’t have been disturbed by a call. It was not an ordinary call but a call that was going to change my life. Since the number wasn’t saved in my contact list I just ignored it. When the person called me again I received the call.

“The guy I know can never be so soft spoken. Have you lost it? You were one of the popular guys until you broke up. Common, be a man and speak up like one. You may look cute when you cry but trust me when you yell you just look super adorable,” replied a girl from the other hand.

Her voice was very soothing to my ears but her statements enraged me and I yelled out loud, “Who the hell are you to tell me what I should do and what I shouldn’t? You are speaking to Sameer Patel. I hope you that you don’t piss me off after this or else I will just forget you are a girl. Whosoever you are just don’t you dare call me again?”

“Chill, my angry young man. You should thank me. I got you back in your senses. You’ve been weeping almost the entire day and finally you just forgot everything,” she replied.

For a minute I realized that she was right. I seriously forgot everything. A few minutes back I was weeping like a depressed man and now I am portraying my anger. Then I stopped myself from getting influenced by her words and said, “Listen, just mind your own business. By the way, how did you know I was weeping? Are you like stalking or what?”

“Please, don’t insult me by calling me a stalker. I am your well wisher and you will agree with it soon. Honestly speaking I am your lover.”

“Oh just shut, I am not here to listen to all this nonsense. I hate love and all.”

“Really? Then why are you weeping if what you are saying about love is true? Instead of loving her love yourself and just get out of that bed.”

She continued to irritate me and I just yelled back at her every time but couldn’t disconnect the call. I didn’t know who she was but she was someone who I needed badly. She might have been a stranger to me but I felt as if she is someone who is close to me. I felt better talking to her. At the initial stage, I always got irritated but I didn’t realize when we became good friends. Years passed by and we continued our telephonic conversations and I totally forgot what my ex did to me. Gradually, it was obvious for me to fall in love with my Miss Stranger. The most surprising part of all this was that she never revealed her name nor did we ever met. This is the reason why I called her Miss Stranger.

“Just do as I’ve said. He shouldn’t be knowing that I was the Miss Stranger,” whispered someone to Sheetal on the call.

“I am really sorry for what I did to him. He was always genuine and I want him back. I love him. I would have apologized that day itself but I was not ready to believe him. Whosoever you are thank you so much. But one thing still strikes my mind, why are you doing this for us? I don’t even know your name,” inquired Sheetal.

“Just call me Miss Stranger. He has almost fallen in love with me. Just get back to him and tell him that you were the one who has been calling her for so many years. Honestly, he will accept you.”

“But why are you doing this? Who are you?”

Sheetal couldn’t stop questioning when suddenly the call got disconnected. Now she knew what has to be done. Without wasting any time she went to Sameer’s apartment. He opened the door and was surprised to see her after so many years. He welcomed her without any hatred in his eyes and said, “So Sheetal, what are you doing here? I am actually to see you.”

“I just wanted to share something with you. The person you have been communicating with for so many years is me. I am your Miss Stranger.”

Sameer rose up in dismay and she continued, “If she thinks I will lie to you this way then she is absolutely wrong. I cannot take her place ever. I know each and everything about the two of you but I’m sure you won’t be aware of my story. I apologize for not believing you. I really love you. I got influenced by my friends. But that stranger made me realize that you really loved me. She recorded each and every conversation you had with her in the beginning when we were not together. A guy can lie to his close ones but never to a stranger and this is what she took an advantage of to unite us. She broke my misunderstanding. I was too guilty to apologize that time but she told me to wait for things to heal up and I just trusted her. She called me an hour back and told me to be the girl you had been talking to for so many years but I cannot do that. She may have her reasons to do all this but the decision is yours.”

“Very frankly speaking, I fell in love with her. I don’t even know her name. I know she will never return again in our life as she only entered with the motive of uniting us. For her sake, I will give us another chance.”

They hugged each and other and silently thanked the mysterious girl who made their love story stronger without revealing her identity to them.