How to Turbocharged Your Workout 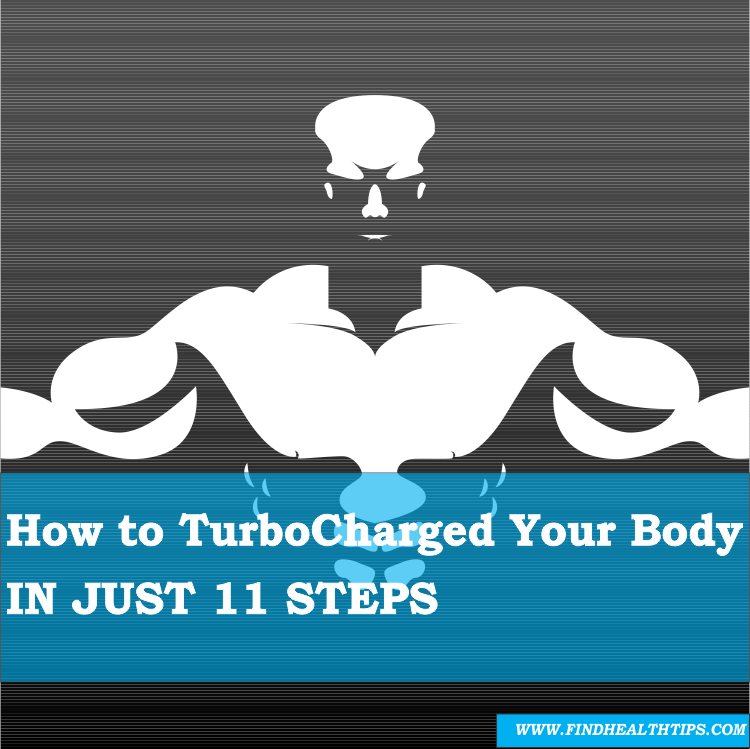 You have only got so much time to work out. Whether you can manage to dedicate 3, 5 or 7 hours per week to training, you want to make sure that you’re maximizing every minute of that time. In this article, we present 11 ways to ramp up the effectiveness of your workout in order to turbocharged your results.

You’re going to the gym to train your body. You’re not there to take selfies, check your social media or chat with your buddies. When you walk through that gym door, you need to be in the zone to do the business.

So, does that mean you should leave your phone behind? No – you need the stopwatch function to make sure that your rest between sets is kept to 60 seconds.

Just discipline yourself to stay offline!

When you first walk into the gym, pause to take in the

Surroundings. Scope out the crowd and notice anything of interest. By doing these things when you first enter the gym, you are able to get the distractions out of the way early, so that you can stay 100% focused when it’s time to flip the switch.

Check out who’s there and what’s different. Doing this early allows you not to be distracted when you flick the switch and your workout begins.

So many guys are so obsessed with the weight on the bar, that they completely sacrifice good form to get the weight from Point A to Point B. They end up completely wasting their time at best, and suffering a serious injury at worst.

Never forget that your muscle has no idea how much weight is on the bar. All it knows is how hard it is being worked.

So if you’re curling 80 pounds, yet you’re using momentum, your thighs and your back to get the weight up, your target muscle isn’t going to be impressed.

In fact, it’s not going to respond at all.

By stripping the weight back to 60 pounds, you are able to use strict form, where the only movement is the elbow joint. Now, you’re able to maximally stimulate the biceps.

It’s interesting to note that during the golden era of bodybuilding in the 70’s and 80’s, when guys like Arnold and Tom Platz were training at Gold’s, Venice Beach, none of them were curling with more than 40-pound dumbbells.

Yet they were milking every little bit of intensity that they could from that poundage. As a result, they built some of the best biceps in history!

Method # 4: Focus on the Working Muscle

Give total attention to the target muscle being worked. Get connected. If you are doing the bench press, put your mind into your pectorals and focus on squeezing and contracting that muscle group as lower and raise the bar.

That way you’ll be able to fully engage a muscle and recruit as many muscle fibers as possible.

Method # 5: Switch Off Your Brain

Not completely, just the part of it that is intent on ruining your training. That’s the part that is constantly telling you to make things easier, to do less work, finish the set or use a lighter weight.

The rationalizing part of your brain will try to get you to do less so as not to cause an injury to yourself, so you don’t miss an appointment or so you don’t over-train. This is the part of your mind that you need to switch off.

Your goal when working out is to put the working muscle under the maximum amount of stress you can in order to cause trauma that will later be treated by the amino acids you consume. Time under tension relates to the amount of time during each set that you are able to stress the muscle before reaching the point of failure. The longer the better.

Time under tension relates to the amount of time during each set that you are able to stress the muscle before reaching the point of failure. The longer the better.

There are two key ways to increase time under tension. One is to slow down the length of your reps, especially on the negative portion.

This is actually the most important part of the rep in terms of muscle building. Consciously try to take twice as long to lower the weight as to raise it and you your set will be far more productive.

The second way to increase time under tension is by performing drop sets. Let’s say that you’re doing the dumbbell bench press.

Line up four pairs of dumbbells at the head of the bench, starting with your heaviest weight for 6 reps, and then going down in 10-pound drops. Start by doing six reps with the heaviest weight.

Now, drop those weights and grab the next ones down. Pump out as many as you can. Keep doing this until you’ve gone through all four pairs of the dumbbell.

You will have quadrupled your time under tension  – and your chest will be on fire!

Method # 7: Reduce Your Rest Between Sets

Closely associated with intensity during the set is the amount of rest between sets. Remember that your goal is to cause the worked muscle to get to the point of failure.

When it does, you will have caused small micro-tears in your muscle fiber. These tears are the key to muscle growth.

If you give yourself too much rest between sets, your intensity threshold will diminish and, rather than a cumulative intensity with each set, you will achieve a static intensity, which never goes beyond what you achieved in the first set. That’s what happens when you rest more than two minutes between sets.

That’s what happens when you rest more than two minutes between sets.

In you’re training for pure mass with basic compound exercises you need to rest for two minutes. But, if you’re on a split routine, you should keep it to 60 seconds, or the length of time it takes your training partner to do his set.

Putting on a weighted vest is a smart way to increase your training resistance to force your body to work harder during cardio and plyometric training. As a result, you’ll burn more calories and you’ll receive a greater cardiovascular effect.

Running with a weighted vest will increase your calorie burn by up to 20%.

Weight vests normally allow you to add or subtract resistance as needed. They also provide you with adjustable shoulder and lateral straps so you can customize the vest to your upper body. Ankle and wrist weights are also available. You can use a weighted vest for running, jogging, skipping, cycling, and plyometrics. You can also use them to add resistance to such

Ankle and wrist weights are also available. You can use a weighted vest for running, jogging, skipping, cycling, and plyometrics. You can also use them to add resistance to such

Ankle and wrist weights are also available. You can use a weighted vest for running, jogging, skipping, cycling, and plyometrics. You can also use them to add resistance to such

You can also use them to add resistance to such body weight exercises as pull ups and push ups.

Method # 9: Do Plyo Between Sets

If you want to really turbocharge your workout, add in such plyometric moves as step ups or box jumps during your rest periods while doing weight training sets. For example, once you’ve pumped out a set of Lat Pulldowns, go directly to 30 seconds of step ups.

Then, giving yourself just enough time to get your breath back, go back to your next set of Lat Pulldowns. Your workouts will be half as long, twice as intense and will combine aerobic and anaerobic components.

Supersets allow you to perform more work in less time while also increasing the intensity on the working muscles. You can either do supersets for the same muscle group or for opposing muscle groups.

Supersets involve doing back to back sets with no rest between them. When done for the same body part, they usually involve a compound exercise followed by an isolation exercise.

For example, a superset for the chest would be the bench press followed by pec dec flyes. Supersets can also be done for opposing muscle groups, such as the biceps and triceps.

An example of this would be bicep curls immediately followed by triceps pushdowns.

Adding high-intensity interval training to your workout is a great way to get more work done, more intensely in less time. HIIT has been shown to burn more calories than steady state cardio exercise. It also brings on an enhanced post-exercise energy consumption that keeps you burning more calories for longer.

It also brings on an enhanced post-exercise energy consumption that keeps you burning more calories for longer.

To perform HIIT training, you intersperse periods of intense cardio with periods of low intensity for a set number of cycles. An example of HIIT cardio would be sprinting on a treadmill at 11 miles per hour for 30 seconds and then throwing your legs out to the sides of the running belt to rest for 10 seconds.

You continue this pattern for 8 cycles.