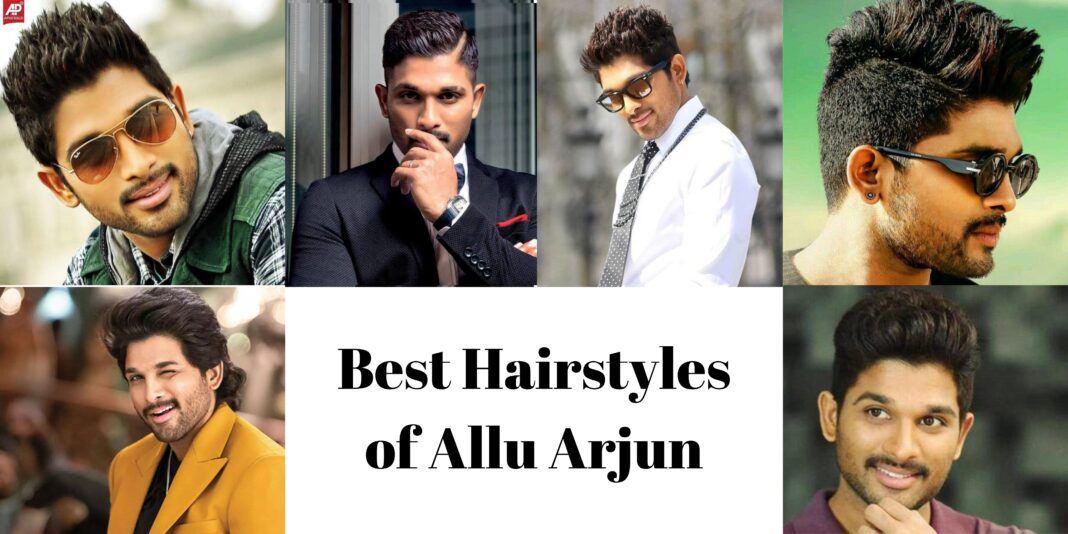 Yes, acting is one positive factor and is definitely something that makes him so popular but there is another aspect that just makes him stand out in the Tamil Industry and the factor is his different hairstyles.

He is a celebrity who has never hesitated in experimenting with different hairstyles and his confidence in carrying them makes them worthwhile.

Let us have a look at the most adorable hairstyles of Allu Arjun:

Tollywood stylish star Allu Arjun was seen with a messy hairstyle in his latest movie Pushpa part-1. The actor opted for an overgrown messy textured hair to get a wild look. This look truly complimented his remote south Indian character for the film.

Allu Arjun’s latest hairstyles include a thick, voluminous cut, which inspires others. In addition, the style was side-parted and unevenly arranged with edgy chopped hair and a roughly groomed beard to create a macho look.

The stylish star wore a mid-spiked haircut for his movie Iddaramayitho. Wherein his hair was styled with trimmed sides and heavy volume spikes in the middle region. Allu Arjun hairstyle photos are most popularly seen in hairstyles catalogs of South India.

Normalizing men wearing ponytails, the stylish star of the Telugu industry was styled with a short high pony for his movie Badrinath. As the movie had a little historical side to it, bunny absolutely rocked his man pony.

Allu Arjun’s hairstyle in DJ could be the perfect style inspiration for a classy yet colored look. The hair is swept back perfectly, highlighting the colored streaks. For boys looking for a minimal colored hair transformation, this is an easy option to start with.

In his blockbuster movie Ala Vaikuntapuramlo, the screen saw a long hair-cutting Allu Arjun. The long hair was blow-dried to get more volume and was free-falling till his nape. This style works both for formal and casual occasions.

Allu Arjun hairstyle Surya, the famous south Indian star, was styled with a pompadour hairstyle. The sleek style was well-groomed to have a formal look. The hair was combed backward and fixed to get a voluminous look.

The smile along with a spiky Allu Arjun hairstyle just makes him different in the above picture. Do you agree as well? If not, then you will definitely change your mind after having a look at more hairstyles below.

The above picture is Allu Arjun’s latest hairstyle that portrays his real gentleman look. It is very apt for people who are working and during formal meetings.

After looking at the above picture I am sure most of the women reading this post must have developed a huge crush on him. He looks so cute and adorable in the above picture as it is Allu Arjun’s new look hairstyle.

Now, the above click is seriously a killer one and makes him look so classy and manly. The reason behind this is Allu Arjun’s hairstyle 2018.

This picture highlights a very simple yet stylish hairstyle of Allu Arjun. This is something that most of the men try to adopt as it just enhances the X-factor of a man.

This is one of the best hairstyles of Allu Arjun. He has combed his hair in one side of the head and the silky hair strands just add on to the perfection.

This is a hairstyle that suits very few personalities and Allu Arjun is one such celebrity. His little-shaven head and the spiky hair above gives him a macho look.

So, which hairstyle of Allu Arjun did you look the most? Please comment on your choice below.