Virbhadrasana pose or the warrior’s pose is one of the popular poses of yoga exercises because of its flexibility enhancing effects. This pose is named after an avatar of Hindu lord Shiva named “Virabhadra” who has taken revenge for the god Shiva.

It has mainly three forms which are described as following:

This is the first aspect of the warrior which represents his arrival while holding swords in both hands raised overhead.

The second aspect of the warrior representing his sight over the enemy while taking an offensive pose. One hand is in front of body and another behind it parallel to the ground.

The warrior’s last aspect representing the swift and precise attack on the enemy.

All of these poses demands lots of balancing and concentration to maintain the correct posture. Here we will discuss the first pose of this warrior series.

This exercise makes your neck, shoulders, calves, hamstring and back muscles stronger by conditioning them. It also prevents the risk of injury to these muscles by enhancing their endurance.

Realignment of the spine rectifies the postures like hunched back and slouched shoulders. It also removes the stiffness of muscles of the neck and shoulders. This correction of postures also reveals your hidden height and thus makes you look taller.

This exercise expands the chest, lungs and shoulders by stretching the concerned muscles which helps in improving the oxygen holding capacity of the lungs.

More inflow of oxygen into the body revives the functionality of the body and the results become visible with regular practice in form of improved digestion and elevated level of energy throughout the day.

Since this pose is a complex one and demands poise, strength and balance to maintain it therefore regular practice of this pose increases the focus and concentration in your body.

This pose can be made more difficult by deepening the pose which can be done either by reducing the distance between feet or by increasing the length of the stride.

Patients with weak heart and tight Latissimus should avoid this pose. The increase in the gap between the legs can cause weakening of hamstrings and quadriceps. You can look forward instead of upward direction in case you have neck pain or severe stiffness. 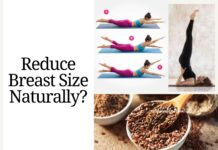