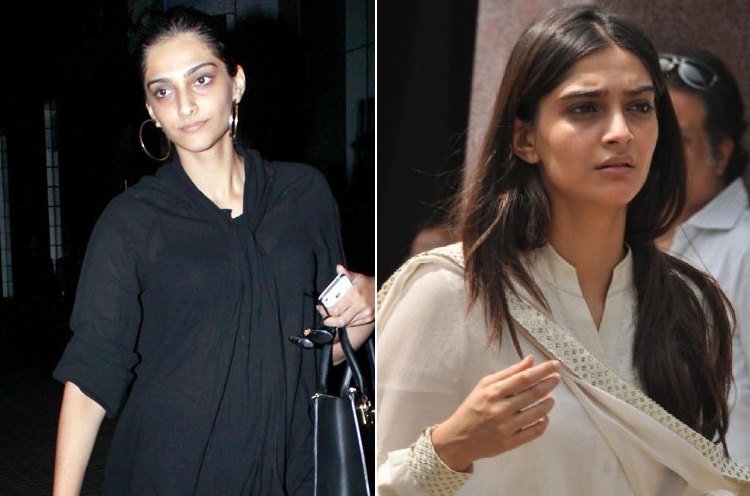 There is one thing that can be said about the famous Kapoor Family. It is that looks run in the genes. We are not talking about the Raj-Rishi Kapoor family. We have the Anil-Bonney Kapoor family here and the celebrity that we are talking about today is Sonam Kapoor. Well, you all certainly have heard about her. She managed to be the crush of several young men after the release of ‘Sawaariya’.

Sonam Kapoor: The Diva In The Rise
Well, with Sonam Kapoor, the industry might have been a bit harsh. What with the flop movies and stuff. But that doesn’t mean that her looks aren’t something to reckon with. Her absolutely drop-dead stunning looks are the reason why she is still a part of the Bollywood industry. But the gorgeous looks of the actress aren’t all thanks to the makeup products. Believe it or not, the actress looks amazing without some additional touch of the brush.
These amazing Sonam Kapoor no makeup pics will be the proof enough of our point. Behold some great images of the amazing actress, without makeup.

Some Pics Of Sonam Kapoor Without Any Makeup

Here we have got for you some interesting pictures that show how good Sonam Kapoor looks without putting any makeup on. From candid photos to pre-planned shoots, we have everything on the list.
1. The Airport Picture: You can see that the actress for photographed at the airport in the picture. This was right after the finish of the shoot for ‘Ranjhana’. Look at her donning a cute dress with black-white polka dots. Accessorizing her dress with a Chanel bag, she absolutely looks stunning in this avatar. No makeup and an ultimate beauty. This is exactly what she is 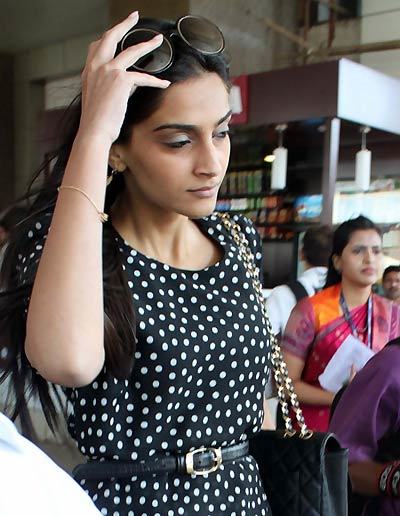 2. Plain Old Looks: She does look a bit tired in the photo. But then, this doesn’t diminish the beauty from her face. Sporting a black jacket and a pair of trousers, she manages to steal hearts. This picture is from the 65th Cannes Film Festival. Look how chic and pretty she looks in the wardrobe and the bag. No makeup once again. A sheer example of natural beauty. 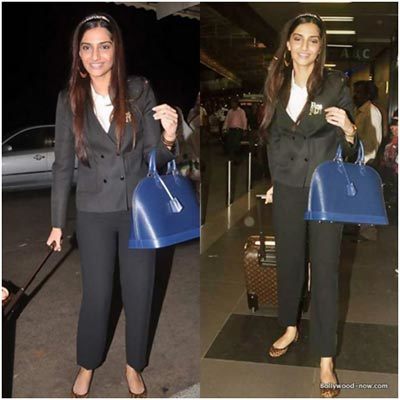 3. Sonam The Star: Stars give autographs. This is exactly what she was doing when she was snapped in here. The picture is from Chandigarh, where she gave an autograph to a fan. This actress looks absolutely wonderful in her simple attire. With no trace of makeup, she still keeps that cool and fresh look on her face. There is only one thing to say here, Keep Them Coming!! 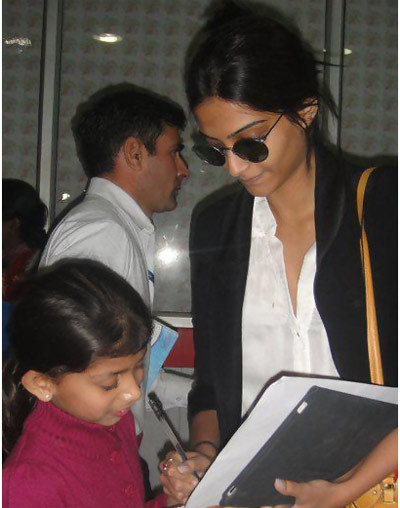 4. Casual Sonam Kapoor: This was one the Sonam Kapoor no makeup pictures that was circulated the most. Well, this picture again highlights how beautiful she looks without makeup. Taken on the Dubai Film Festival, this picture shows a casually dressed Sonam with a friend. Want to know the definition of style? It is casual outfits with a tied up hair bun. That’s it. 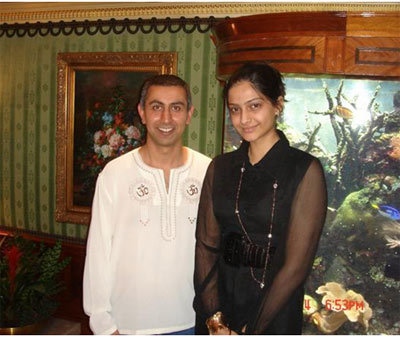 5. With The Fans: In the picture, we have got Sonam Kapoor being clicked with the fans. Donning a simple Kurta with denim jeans, she looks gorgeous in the picture. Notice the constant smile on her face which proves how beautiful she is without makeup. She certainly makes the list of the most beautiful actress in Bollywood without makeup. 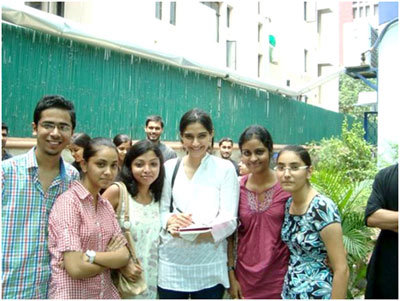 6. The Beauty Queen: Want some more of Sonam Kapoor without makeup? Well, here is another airport picture of hers. She is looking like her vibrant self in it for sure. Look how beautiful and amazing she can look without makeup. We certainly would love to watch her more. 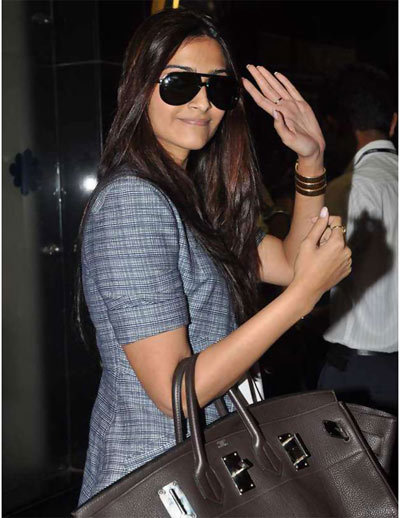