List of Top Lasik Surgeons (Or Hospitals/Clinics) in Mumbai

Monovision for Presbyopia: Seeing Better as You Age 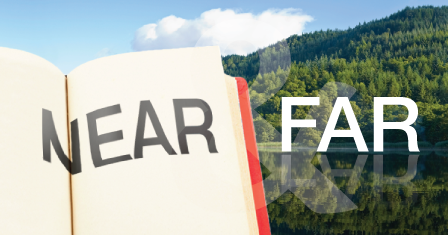 If you have been living with your parents or grandparents for a long time, then you must have noticed them wearing glasses every time they read a book, newspaper or when they need to thread the small needles. The cause for this is ‘Presbyopia’ which develops after the age of 40 naturally. This is meant to happen with all up to some degrees. However, there are also some cases when a person develops presbyopia for other reasons such as hormonal changes or some disease before they are 40. Then they also have to turn to reading glasses. But not everyone appreciates the use of reading glass. So for them, Monovision surgery is a good option!

Now, the question is what is Monovision?

In general terms, Monovision means correction of one eye for better vision of near objects and slight correction of the other eye for viewing distant objects. This correction difference allows the person to get vision much like the normal healthy eyes. You can achieve this Monovision with the help of glasses or lenses or you can go for a Monovision Laser surgery which is comparatively more effective!

What are the steps involved in getting a Monovision Surgery?

Presbyopia is a universal refractive error which occurs when a person hits the middle age mark that is after the age of 40. It is during such times when the person requires the reading glasses to see things which are nearer. Monovision surgery thus works as a rescue for them. The following are the steps involved in the Monovision surgery:

Hyperopic or farsighted and Astigmatic

2) Go for monovision and enjoy seeing both near and far objects clearly.

The myopic or near-sighted

Presbyopic or near sighted

This test requires the patient to extend both his and her arms and bring them together forming a small gap. The patient is then asked to look at a distant object through the opening with both eyes opened. After that the same is repeated with alternately closing each eye at a time. Whichever eye clearly sees the object in the circle is the dominant one.

Some of the other ocular dominance tests are:

They are asked to spend a day or days using the lenses and later give their feedback on the changed vision they have experienced. This helps the surgeon or the ophthalmologist to detect whether there is any other side-effect the patient may go through after the surgery.

For the golfers and tennis players, the monovision contact trial is very crucial because they have to see whether they are having problem during their practice. They get thumbs up for the surgery only if their eyes get suited with the monovision sight. Read  – Laser eye surgery for Presbyopia

After the contact trials, when the patient qualifies for the surgery, rigorous pre-operative test are conducted to verify what is the exact power the patient needs. Other than that, the patient’s occupation and lifestyle is taken into account to see whether they will have any problem with the new vision change. Generally, the patients who are pilots or truck drivers have problem with the monovision.

The surgical procedure is same as any other LASIK treatment. But for the monovision a special attention is given. The surgeon has to reconfirm which eye is the dominant one and which is not. Moreover, the surgeon also has to re-check for the exact power the patient requires. Other than that, the procedure of reshaping the cornea using the laser is same as normal LASIK.

Like every LASIK surgery, monovision LASIK also includes post-surgical tests to determine the eyes are in healthy condition after the treatment. A special attention is given to whether the patient has any kind of side-effects or allergies. Generally the ones who go through the contact lens trial don’t have any problem and they adapt to the new vision change easily. But for the ones who face problems, there are various options for them. However, the common LASIK problems like dry eyes, halos, flap strain etc. are present.

There have been a number of cases where the patient has to face major problems such as vision problems during driving or night vision problems. Then these patients may opt for an enhancement or may even go for reversing the surgery if they wish!

If you are Presbyopic or bifocal then Monovision Laser surgery can be a great relief to you since the surgery will help in reducing your dependency over glasses. The surgery is like a regular LASIK surgery but the difference is that, both the eyes will be differently corrected. One eye will be corrected for near-sightedness and the other for long-sightedness. However, for the sportsperson, drivers, pilots etc. this surgery may not be a suitable option. So, if you wish to get rid of your glasses, then you should go for this surgery. But we also suggest you to discuss about the various options for your eyes with an expert LASIK doctor.