Martins Licis has done something which no one else has done in his life. The 2019 Arnold Strongman Classic runner up has completed a Steinborn squat with 257 Kg.

He was once considered to be one of the hottest prospects in the world of bodybuilding and now he is slowly showing up his talent. His very first title was the Strongman Summermania in Southampton in 2017. “The Dragon” as he is fondly called was bought up in Latvia before he finally moved to the US.

In 2015, he stood first in the All American Strength Classic and 2017 he got the fourth place in the World’s strongest men finale.

He is also pretty good in stick wrestling and won gold in the 2016 MAS wrestling open world championships.

Now, this life doesn’t sound easy and is extremely difficult in itself. But Licis has been doing this actually to rehab his spine. He quickly figured that he is pretty good at it and thus he started doing it more. At the Rogue Invitational in Columbus Ohio he surpassed the old record of 254 Kg.

Well, we would like to congratulate martins and we hope that maybe he will only break his record in the coming future. 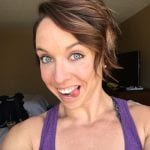 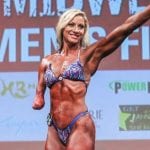