How is the Count of the Red Blood Cells Measured?

The doctor uses the red blood cell count blood test to measure the number of red blood cells present in your body. The technique is also known as an erythrocyte count. The RBC normal range is about 4.7 to 6.1 million per microlitre. For women who are not going through pregnancy, the count is about 4.2 to 5.4 million per microlitre and 4.0 to 5.5 million for children.

This test has special importance because the protein hemoglobin is contained within RBCs. The RBCs are responsible for carrying oxygen to the tissues of the body. The number of RBCs present in the body can affect the amount of oxygen the tissues would receive. The tissues would need oxygen for proper functioning.

What symptoms would be seen in an abnormal RBC count?

If the count of the RBCs is too high or too low, various complications and symptoms can be seen. The symptoms during a low RBC count would include shortness of breath, pale skin, headaches, fatigue, weakness, dizziness, lightheadedness or weakness (especially while changing positions quickly) and even increased heart rates. The symptoms of a high RBC count would include shortness of breath, fatigue, joint pain, disturbance in sleep, and itchy skin.

The gtt can be conducted if the doctor suspects the patient of suffering from type 1, type 2 or gestational diabetes, or even prediabetes.

Why would you need to take an RBC count?

The RBC count is most certainly a part of the complete blood count or CBC test. The CBC test would measure the different components like the number of RBCs and white blood cells in the blood, along with the platelet count, hemoglobin and hematocrit. The hematocrit is actually the volume of RBC in the body.

The test measures the ratio of RBCs in the blood. The platelets are those cells that circulate in the blood and form clots, thus allowing wounds to heal and preventing too much bleeding. The doctor might order the test if he suspects a condition affecting RBCs or there are symptoms showing low blood oxygen in the body.

The ige test might be performed to measure the levels of Immunoglobulin E in the blood.

How would the count of the red blood cells be performed?

The RBC count is quite simple and is much like any other blood test. It is performed at the office of the doctor. The doctor would draw blood from the vein, generally on the inside of the elbow. The steps would involve:

What would happen if you have abnormal blood counts?

Another test that can be performed is the bone marrow biopsy which would show how the different types of cells in the blood are made within the bone marrow. There are other diagnostic tests as well like electrocardiograms and ultrasounds that can look at the different organs like the kidneys and the heart. The RBC count can actually help with these problems by showing the count of the cells in the blood. 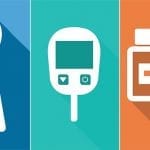 The Complications of Diabetes

Hard to Swallow Truths About Addiction and Mental Illness

Hard to Swallow Truths About Addiction and Mental Illness

The Complications of Diabetes