Whether you are thinking of taking up a vegan diet to lose weight or for ethical reasons, one thing you have to do is grocery shopping and it is always good to leave the house with a well prepared grocery list. Listing the things saves time and it also reduces the chances of skipping any ingredient. If you are first timer and don’t know what are the things which comes under vegan and your knowledge is limited to only meat free diet then we are here to help you. First, vegan in not just meat free because it also avoids ANY animal product means egg, poultry, milk, honey, dairy products, fish, seafood etc. You must be thinking that what is left to buy then. Many things are left to buy, just look at our list. 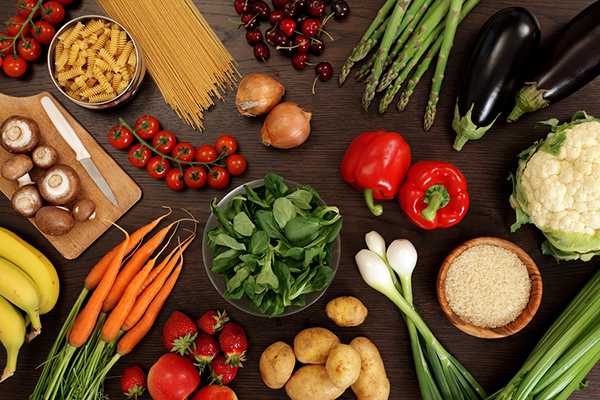 If you believe that milk can only be extracted from animals then the plant derived milk options can amaze you. The journey not just ends here because there are products made from plant extracted milk which tastes as good as the animal derived milk products like cheese and yogurt. Let’s see what we have here under this list.

This is the most obvious item and you can find the plant based milk such as Soy, almond, hemp, coconut, and rice milks in supermarket isles very easily. But how will you decide which one is right for you?

Well, if you like your milk sweeter and creamier then go for coconut and soy milk but if you want mildly sweet and thin consistency milk then you should opt for rice milk. Other milks like almond, hemp or hazelnut have this nutty flavor in them so if you like this taste then you should get it.

If you are little confused about utilization of plant based milk over cow’s milk then you should not worry as these milks can easily used as substitutes in many recipes. For example, you can use Almond, hemp, soy, coconut, and rice milks for baked items. Milk with thick consistency such as Soy, coconut, and hazelnut milks can be easily used in coffee as cream substitute. For sauces and soups, soy and rice milk is a perfect choice.

You can also check the label on the pack to see if the milk is natural or processed. The other thing which you should consider is nutrition means some milks for vegans are fortified with vitamins and minerals which is a good option because it can help in meeting your daily vitamin and mineral requirements.

What is the fun in bread eating without butter spread and if you are disappointed that you have to avoid the creamy and tasty butter after being vegan then these following plant based butter spreads will return the smile on your face.

If you are a fan of cheese then you must like the vegan cheese options as these are loaded with nutrition besides having a great savory flavor. Here are some plant based cheese options you can shop for.

If you are starting a vegan diet then meat substitutes can help you a lot during the transition period because it can put off your meat craving to great extent. Here are some meat alternatives in vegan diet

Whole grains are the popular choice among health freaks and vegans. The list of some famous whole grain items are

It is an ingredient such as spices, sauces or other food item used to enhance the flavor of food or to complement the dish.

When And How To Break Baby of Pacifier

When And How To Break Baby of Pacifier