We all know who is Tanmay Bhatt. And we also know the incident which led to his downfall.

The very popular comedian Tanmay Bhatt who made a landmark of himself with AIB fell to the prey of #metoo campaign.

In October last year, when the allegations were open that he continue working with fellow comedian Utsav Chakraborty even after knowing that the latter has sexually exploited a girl.

This targeted the AIB which was started by Tanmay Bhatt and his co-founders Rohan Joshi, Ashish Shakya, and Gursimran Khamba. The group led to an indefinite end.

Soon an official statement came out, where it was announced that Tamnay will step down from the post of CEO for AIB and it’s YouTube Channel which is extremely popular in India.

And now Tanmay has come at the forefront and he is sharing his struggle stories through his Instagram account. In a series of Instagram posts, the ace comedian revealed that he has been diagnosed with clinical depression.

“After everything that happened in October, I’m mentally checked out. I feel almost paralyzed and unable to participate socially, online or even offline. A big part of my self worth growing up as someone who looked like me became my work. For most of my adult I life I worked at a company that I was trying to build. Letting the office go, all the people who worked with us, having to say goodbye to that took a toll on me mentally and physically. Which finally came to a headway around the end of last year,”

“A lot of you have been asking fair questions- why don’t you move on, why don’t you rebuild, but for some reason, I have just watched something that I have worked for last part of my adult life come crashing down. I have just been staring at the rubble going ‘what now?’ I don’t think I’ve been strong enough to be able to pick myself. It’s been a few months since the doctor told me to start medication. I honestly sometimes get super worried that this state of paralysis is permanent. I sometimes feel I might never get back to being who I was or operating to my potential.”

He received support from many people who he has worked with. His fellow comedians, Bollywood people and many more. 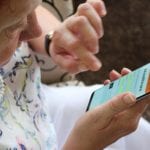 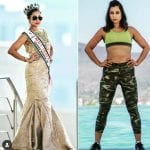