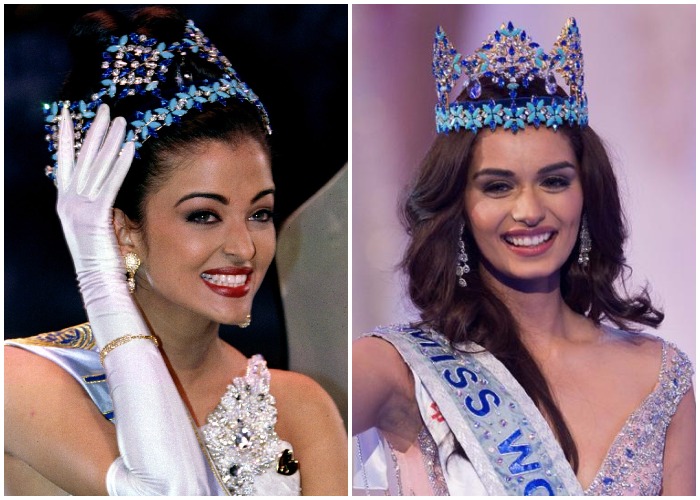 The name Miss India, itself the biggest reputation for contestants, who is participating in the competition. For this prestigious stage, they need to prepare mentally and physically. Makeup is the key features for the beauty queens to look on screen gorgeous. But, do you think that they will be queens only with makeup?

Here are some Miss India models without makeup who look stunning and pretty: The glamorous Bollywood star once upon a time is Sushmita Sen. Even though she slightly kept herself away from industry, she still makes some pretty clicks for her fans. Here is such one post that she made without makeup. Do you feel she is dull? Absolutely not, though she won the Miss India Universe then later won a title Miss Universe in 1994, she still maintains a light-radiant with full of happiness in her eyes. Sushmita still keeps rocking with her beauty. Here is the picture of most beautiful queen in the world. Though many professional artists work for hours to make our pretty lady more gorgeous, the look without makeup will flatter everybody heart. Only a few women look stunning without makeup and Aishwarya is one among them. Even before crowing the Miss World title in 1994, she won many Indian hearts while competing for win the title of Miss India by her blue-green eyes.  Follow the list of Bollywood actresses without makeup. Diana Hayden is the women who known for her social activities. After become a Femina Miss India winner, this beauty queen got proud to India by crowning Miss World in the year 1997. She is spotted in public places without makeup who does more welfare and social activities. She made her beauty with her looks by providing motivational conferences for people participating in a beauty contest. Follow the list of South Indian actresses without makeup The 5 feet 11 inches tall beauty gave a prestigious crown after winning Miss India in the name of Miss World 1999. She is different from all other beauties as she competed only due to her mother advice. Yukta has more craze for classical dance which may be the reason for her natural beauty. The casual look in a white dress proves that the charm in her face will not reduce till last. Most beautiful Lara Dutta, beauty pageant winner has never failed to entertain her fans with her casual looks. The 40-year women still look as same when she crowned Miss Universe in 2000. She was married to ace tennis player Mahesh Bhupathi and being a mother of baby-girl, still looks young even without using a little of makeup. The most popular face in Indian cinema who made her way through struggle and perseverance after winning Miss World in 2000. She looks like next to door girl without makeup. The girl feels to be in a natural look, which is a plus point for her. Her beauty and performance made her a prominent girl in the Cinema Industry. See more Priyanka Chopra without makeup photos Dia Mirza who is a baby doll won hearts of people by winning Miss Asia Pacific in 2000. The women have many shades like a model, actress, and even producer sometimes. The picture of salwar shows that she really beauty not only by her looks but also through the heart. The women Nicole Faria is known for her social work. The girl looks calmer and does many social activities. The casual look of her gets to feel so glamour and cute. Manushi Chhillar is the sixth Indian Women to bear the crown of Miss World in 2017. This Femina Miss India contest winner girl is now ready to start her career with her own skill. She is still pretty without makeup.

Beauty is not only about makeup. It is only about thoughts and mindset. A celebrity without makeup is more beautiful rather than with makeup.