My Girlfriend Became A Murderer (Part 2)

So the wait is finally over and we are going to narrate the second part of this story and break the suspense. Before we initiate if any of you haven’t read the first part of this story then you can click on this linkMy girlfriend became a murderer……….

It was a very heartbreaking moment for me to see her leave helplessly but I was helpless too. I promised to save her but how would I do so? I had no backup plan or any other way prepared in my mind to get a clue and prove her innocent. All I knew that time she was there alone faultless and I have to get her out of this trap anyhow. Nothing would work until I maintain my calm and with a lot of courage I controlled my emotions and started pressurizing my brain to think of something that can work effectively.

Suddenly something flickered in my mind and after framing out a plan I smiled and whispered, “Now you are finished.”

Next day after getting ready, I rushed to Riya’s office. The guard did not allow me to enter as I was Riya’s husband. I didn’t want to create a scene as it can cause more trouble to Riya. I had a spy cam in my pen and I was all set to show the reality of one of the top companies in India. I took out a two thousand rupees note from my pocket and secretly slid it inside the guard’s shirt pocket. He smirked and allowed me to enter. I knew this office was a big fraud and I will prove it soon.

The moment I stepped into the office, all the eyeballs were on me. They stared me peculiarly as if I’ve asked them for their lives. Some had an angry expression while a few were in a shock. I directly went to the manager and requested him to speak to me alone in a private cabin. He agreed. My plan was working but I must be careful.

“I want to make a deal to you. I am sure all of you must be aware of your boss’s nature. He is dead now and my wife is innocent. It was an act of self-defense.”

“Gentleman, I know everything. Since I am the manager I am the head of this office presently.”

“What will you get by all this?”

“One thing is very clear that if you would have been such a responsible person you wouldn’t have agreed to speak to me here despite knowing the situation and the person you are talking to.”

He immediately smiled and I just felt like slapping him there and then. But I controlled and continued speaking, “Look, I can ensure you a luxurious life if you help me. I just want my wife to be out and if you provide me a CCTV footage of your boss’s cabin I can surely get her out. In return, I am ready to fill your pockets with the amount of your choice. You know I am from a rich background and it wouldn’t be difficult for me to get you money for help.”

“Who said that I have the CCTV?”

“Really? Common man, it is common sense. This is such a reputable company running in this nation and there won’t be proof of that incident? Try to fool someone else. If you are not interested then I am ready to leave.”

“No, no, no. I mean yes. I am ready to provide you with the evidence. Before that, I want my payment. Also, you have to frame the story in such a way that I become the hero and I somehow get a huge share of this company as well.”

He went out for some time and entered with a pen drive. He opened it in a laptop and showed me the whole clipping of that day. I saw how Riya’s boss was on her and was acting like a wild animal. I was so pissed off but told myself to be a little more patient. I took the clipping and I gave him a cheque of Rs 1 crore. I shook hands with him and immediately rushed to the police station. After seeing the footage they had no option but to leave her.

The moment I saw her coming, I ran towards her and hugged her.

I looked towards the cops and took out the spy cam I had with me and showed them the face of this corrupted company. They were shocked to know the truth.

“I understand that when a big company pressurizes you to do something you just can’t do anything. But now I have not only proven my wife innocent but have also shown that the entire office is fraud and such corrupted people don’t deserve luxurious lifestyles. They deserve to be in prison and not Riya. I could have easily given you the clip and have taken my Riya home but I wanted to open your eyes. Also, the cheque that I gave him wasn’t original.”

“We are really sorry for arresting your wife and we promise you that these people will never get out.”

We finally left the police station on a jovial note and I held her hand. She kissed my cheeks and said she was proud of me. After this long crime scene it was time for both of us to start our new love life and live it merrily again. 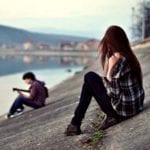 Never Did He Ever Loved Me – Real Love Story 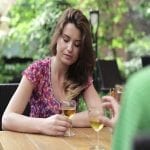 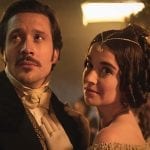 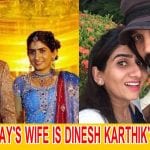 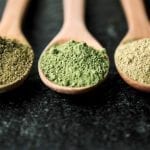 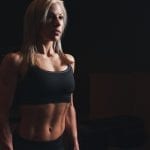