How Much Does Lasik Eye Surgery Cost (Cheap to High)? 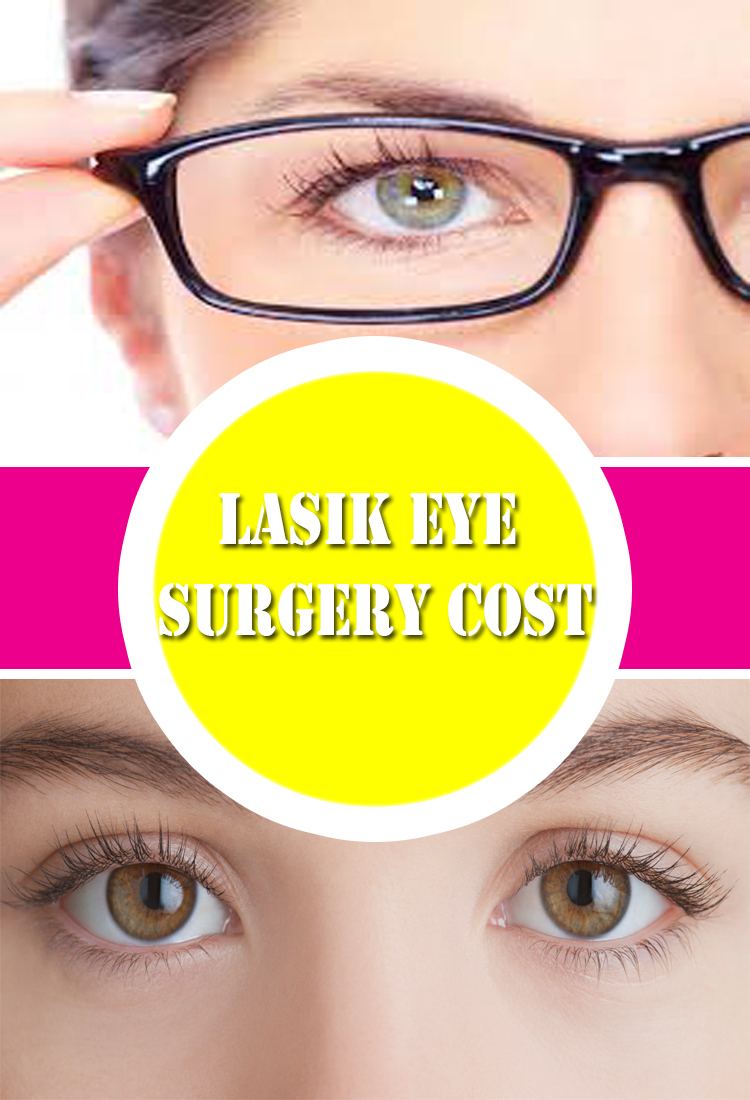 Although Lasik eye surgery can be a life-changing solution that can correct one’s vision and keep a person from needing eyeglasses or contact lenses, it is important to watch for the cost associated with the procedure. The process can be expensive and in most cases is not actually covered by an insurance policy.

You can find a cheap Lasik eye surgery cost in many places around the world. But you have to watch for where you are going in any case so you can find a procedure that is worthwhile and easy for you to afford. The factors that go into the costs in each of these countries deserve to be explored just as well.

List of Lasik Eye Surgery Cost in Top Countries is as follows: 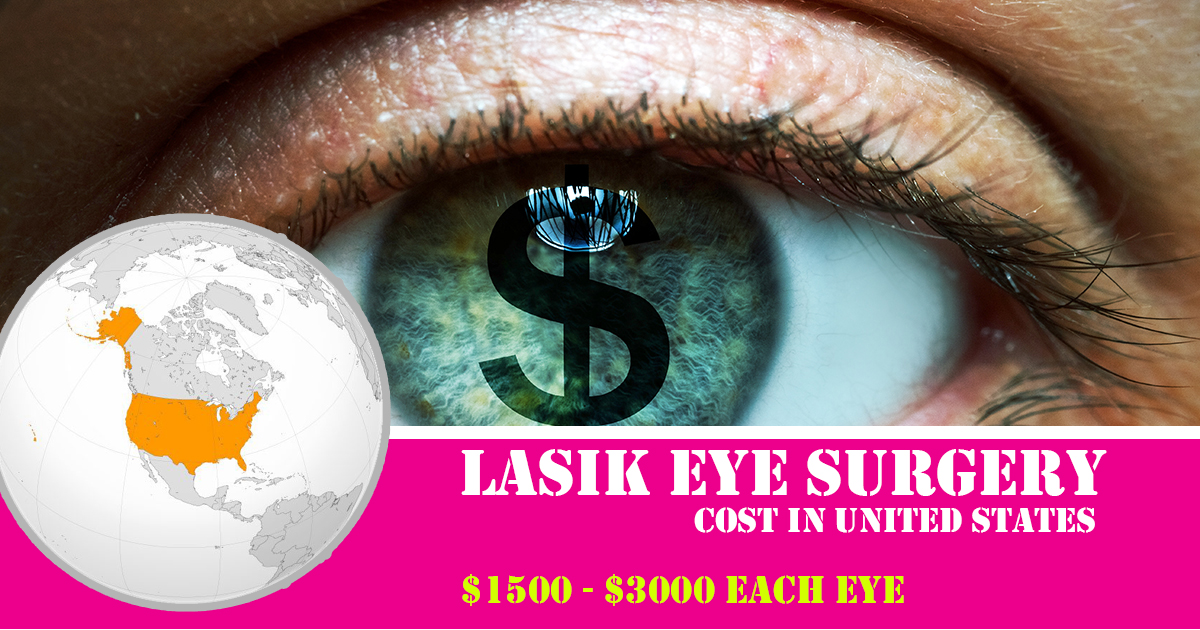 First, you should look at the Lasik eye surgery cost in US as this is a country where a vast number of procedures take place in. You might notice when looking for surgery here that the cost can be around $1,500 to $3,000 US for each eye. The cost will vary based on the intensity of the treatment and how many lasers or cuts are needed for fixing one’s eye. It could cost $5,000 or even $7,000 to get an eye fixed up properly if it requires an extensive amount of help with being fixed.

The cost is higher in the western part of the country and also in the northeast. These are areas where the more experienced doctors work at with some of the more advanced machines available for use. You might have to pay from $3,000 to $5,000 per eye for a Lasik treatment in those areas. Meanwhile, people in the Midwest, southeast and Rocky Mountain regions can spend around $1,500 to $2,000 per eye to get their treatments. Do look to the 2 lists we have created while you are searching top lasik surgeons in Manhattan or New York. 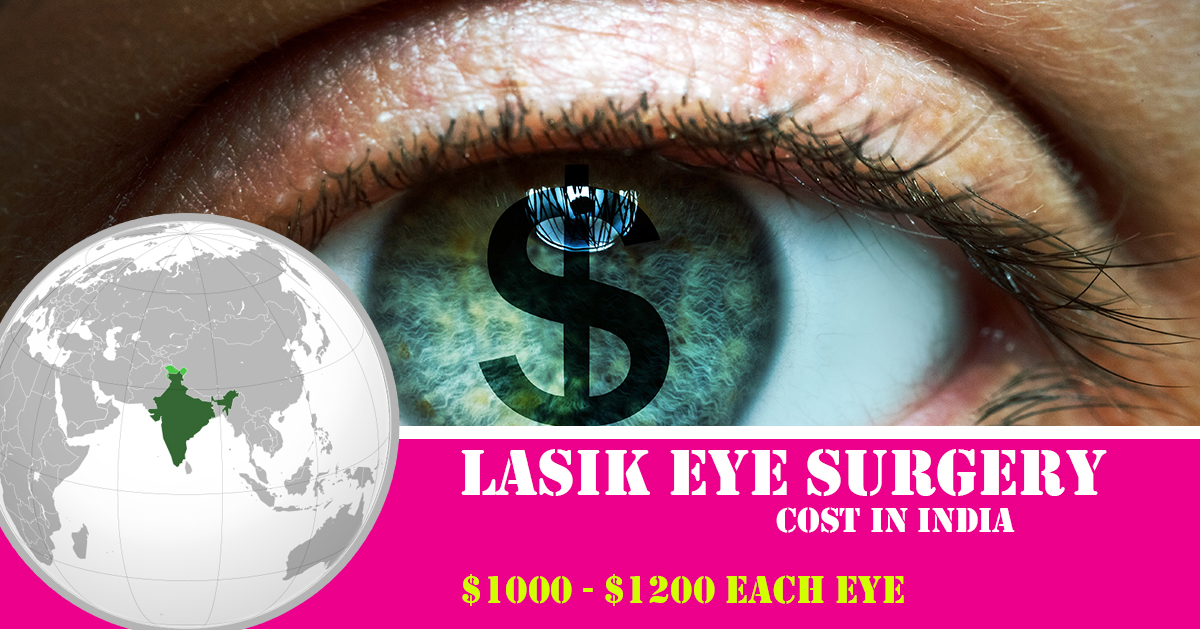 India has become a popular place for people to visit for Lasik eye surgery. The average Lasik eye surgery cost in India is much lower than it is in many other places, what with average costs being around $1,000 US per eye.

However, it will cost more for you to opt for services in some of the urban regions of India. The Lasik eye surgery cost in Delhi can go for $2,000 in some instances. But this would be worthwhile when you consider how Delhi and other major cities around India are more likely to have hospitals that offer high-quality surgical procedures. Do see our other article on same topic, have had many details of lasik eye surgery including cost , side effects etc.

Many urban laser eye surgery centers also work with more tests on average. These include extensive tests that focus heavily on the topography of the eye, whether or not the eye might struggle with dry eye concerns and many other points. The Lasik surgery cost in Mumbai and other cities might prove to be higher when all those tests are put into consideration. 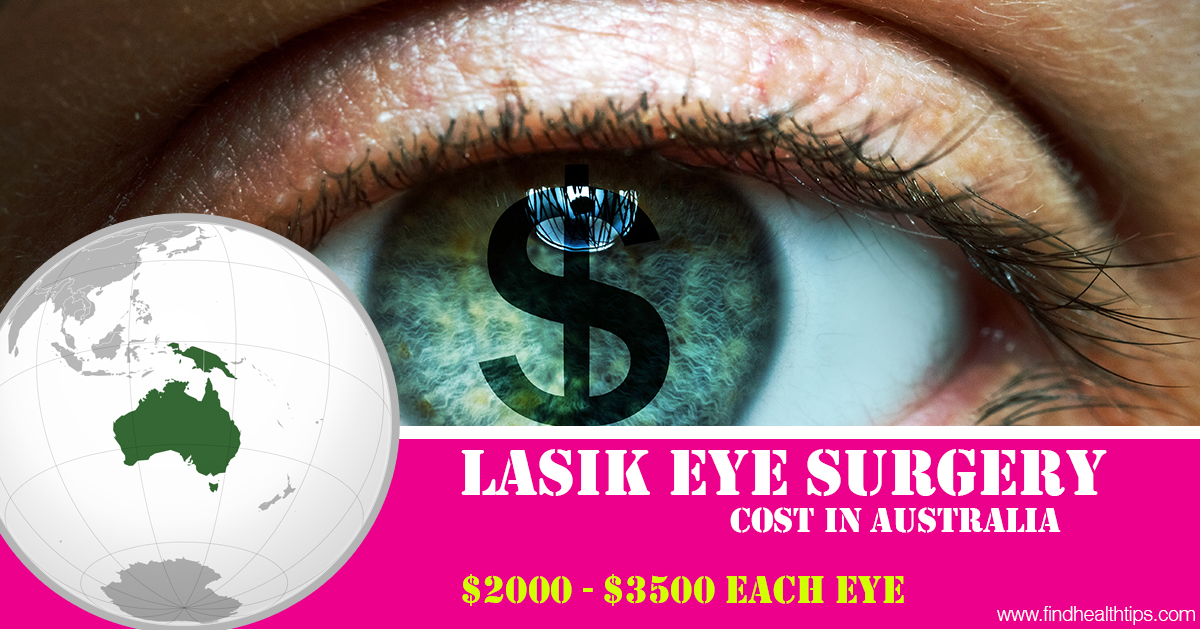 The Lasik eye surgery cost in Australia tends to be around $2,000 US per eye. This total can increase in Western Australia and Tasmania where the total is closer to $3,500 per eye. This is due to the relatively remote nature of these two spots in the country.

Some people in Australia can use their Medicare programs to cover the cost associated with Lasik surgery. People who have issues where one’s vision is compromised and absolutely requires laser surgery can get the procedure covered. Those who struggle with astigmatism, near or farsightedness or other common concerns would have to pay the full cost of their procedures on their own. 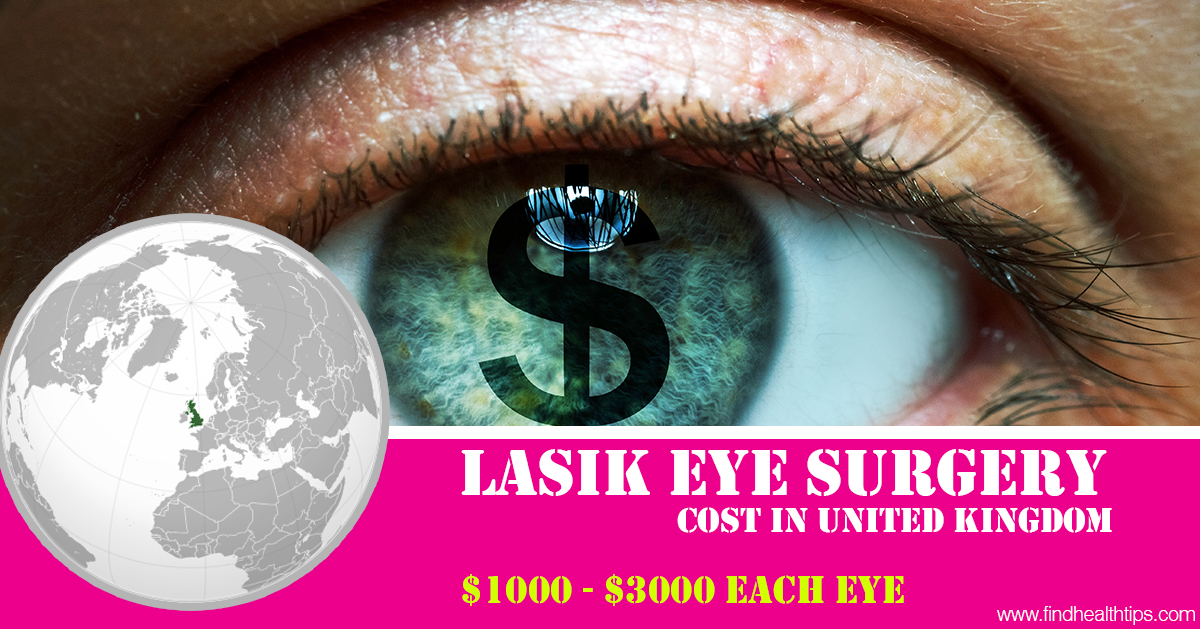 The total cost for Lasik surgery in the United Kingdom can vary based on where in the UK you go. It can cost around $1,500 to $3,000 per eye in England. But those totals can go down to around $1,000 to $1,500 if you go up north to Scotland. Also, laser eye surgery costs can be covered by the National Health Service for cases of diabetic retinopathy. You will not be able to use NHS funds for your treatment if you have any other condition that might be a little easier to treat through a service. 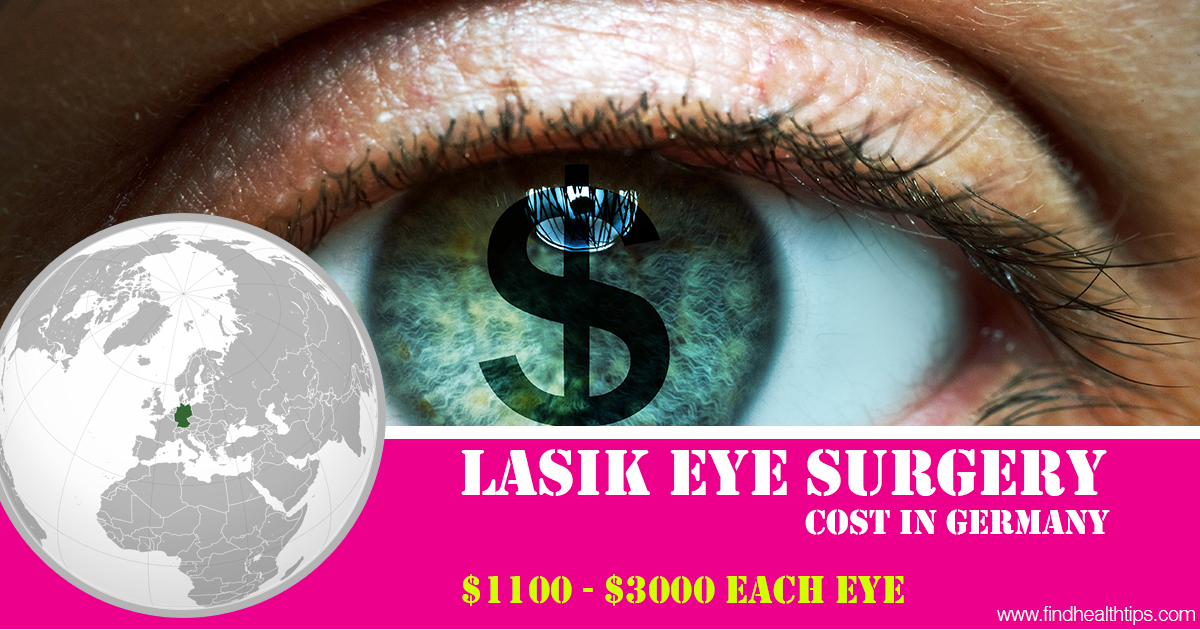 Germany has proven to be a popular country for medical tourism thanks to how many treatment options in the country have become cheaper in value. Lasik treatments can go for around $1,100 per eye for the cheapest treatments. This is attractive for people who want to save money on a treatment, but some of the more advanced Lasik treatment options that use more precise lasers to correct significant eye issues will cost $3,000 per eye in some instances. This is still a good deal when it American prices are considered. 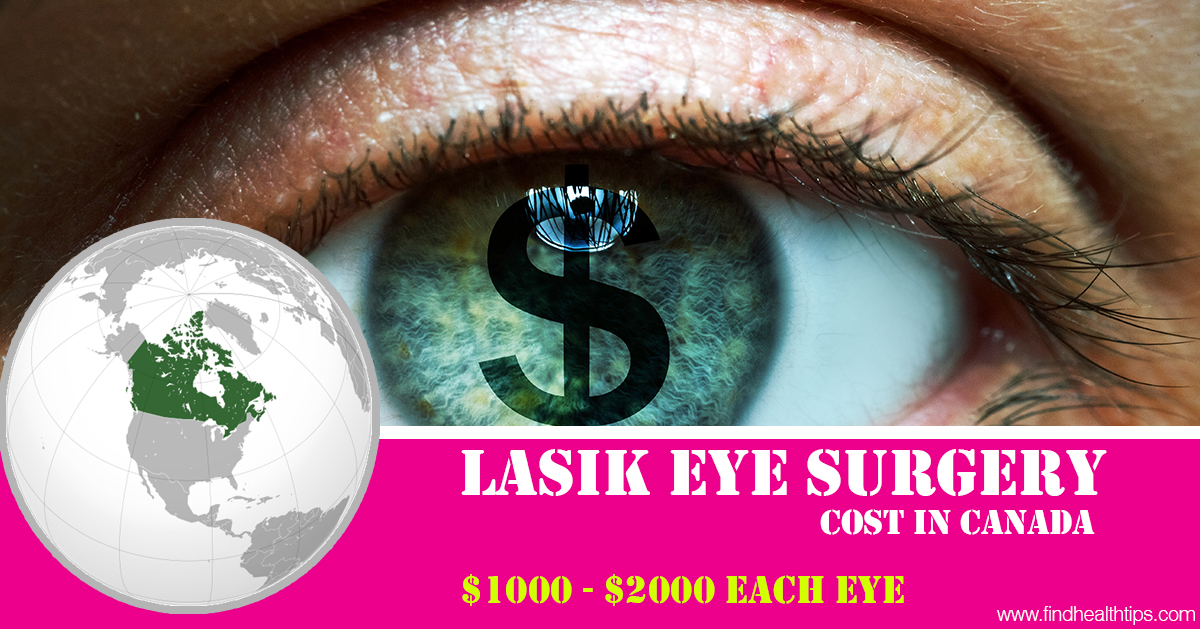 Many Americans who need Lasik surgery often just head directly north of the border to Canada for treatment. Costs in Canada are often around $1,000 to $2,000 US per eye. Much of this is thanks to how the Canadian government provides extensive funding to many medical clinics around the country. This keeps the costs that such facilities charge down, thus making it easier for people to get the medical services that they require. It is also more expensive to get a treatment in British Columbia or Quebec as costs can be around $2,000 per eye in most cases.

In fact, many Canadian Lasik eye centers often have special promotions where a person could get both eyes treated for $1,500 US. But these offers are only given to the first few people who actually qualify for a good deal. 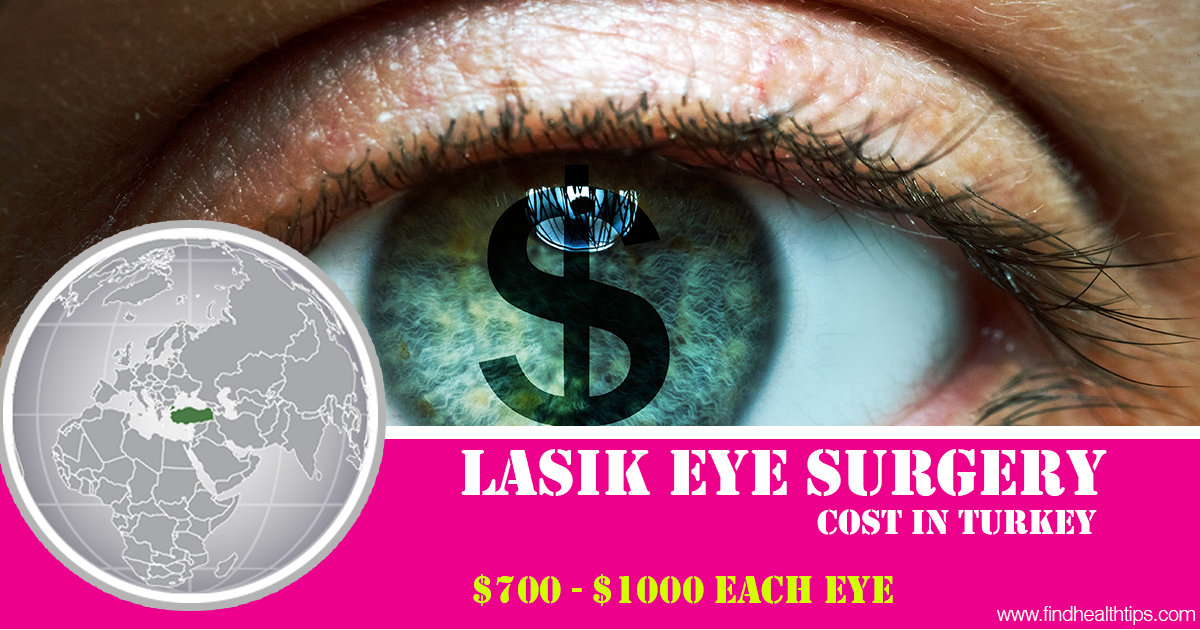 Turkey is the last country to take a look at as it is often known for being extraordinarily cheap over how much it costs to use its Lasik services. Surgery can go for $700 to $1,000 per eye in Turkey. But this often comes with many Lasik surgery offices in the country using older technology. The functions that are handled are still pretty effective and work for one’s needs, but it is often best to stick with other countries’ treatment options thanks to how they use more advanced options that can support a larger number of people.

The Lasik eye surgery cost that you will spend will vary based on where in the world you go. The costs may also vary depending on where in the country you go. Make sure you look around to see what costs might come about.