The Kardashian family has always been in the news for various things. Be it fashion shows, relationships, break-ups, and even weight loss, the Kardashian and Jenner sisters are always in a limelight. Khloe Jenner was recently in the news for her amazing and unbelievable transformation from a chubby body into a slim one. She was a healthy kid ever since her childhood up until complications in her health led her to a transformation that has been in the top stories of newspapers and social media platforms. Each fitness enthusiast had one thing that they were telling people-Khloe Kardashian weight loss.

Weight Loss Sprays are Effective? What are the Pros and Cons? However, even though there has been a lot of buzz about her recent transformation, the techniques she used, the methods she adopted, and the diet she followed are still not known to many individuals and most of these things remain a mystery. However, there are a number of secrets to her unbelievable transformation and the ways in which she was able to execute it. She has lost a good 40 pounds in a short span of time and that has inspired many women around the world who wish to go through gg such a transformation. The real questions are that how did she manage to do this? What was the thing that motivated her to adopt a fit lifestyle? What was Khloe Kardashian’s weight loss plan?

We will explore some of the unknown facts of weight loss about her in this article down below: What inspired Khloe to work out in order to lose weight?

Khloe was always known as that Kardashian sister who was chubby and fat. Her chubbiness was essentially the result of her lifestyle. Even when people referred to her as being fat and not healthy, she used to take it in her stride and accept the way people, the world, looked at her. In an interview, she stated that whenever someone asked her about her body shape or call her fat, she would just laugh it off saying that she was big-boned. That is what most of us, being human beings, do. We just try to ignore something that does not please us. However, the thing that changed her life and put it back on track was her divorce. According to Khloe, her divorce was one of the worst phases in her life, but she wanted to rise out of it positively. Rather than feeling sad and defeated, she wanted to come out of it stronger than before. That emotional push was what resulted in this amazing transformation. She started working out and adopted a healthy lifestyle, which eventually resulted in Khloe’s weight loss. Now that we know the inspiration behind it, we also might as well want to know how she did it. What are the secrets to her ultimate weight loss?

Now that we know that she started using fitness as a therapy, many factors led to her weight loss. There were a lot of rumours on social media and hashtags that said ‘Khloe Kardashian weight loss pill‘. However, Khloe rubbishes all these rumours and accusations. In an interview, she said that she did not want a crazy transformation in 20 or 30 days. Huge weight loss quickly was not her goal; it was rather inclined towards true fitness. As a result, she started with a diet lifestyle and adopted a healthy lifestyle. Khloe Kardashian’s diet was a dairy-free one. She cut out dairy products out of her diet and advised others to try to follow this technique. One of the most important secrets of her diet plan is to have a breakfast that is filling. One should not bring out a major change in the diet in a sudden manner, but try to change it slowly and steadily. Khloe says that she usually prefers eggs for her breakfast. Her breakfast includes omelets, or boiled eggs, or scrambled eggs, coupled with oatmeal and blueberries or strawberries. This is what constitutes to her as a filling as well as healthy breakfast at the same time. According to her, eggs are a wonderful source of proteins and will also take you throughout the day until lunch. Another mistake that most of the people trying to lose weight commit are, they stuff all the vegetables between bread. Khloe supposes that you should rather choose a colorful salad for lunch in place of a sandwich. Sipping tea is considered to fry a lot of fat, and Khloe suggests finding a tea that suits your body, matches your goals, and keep on sipping it from time to time. She also tells People Magazine that protein intake is very important to build and maintain muscles, and she usually has a protein shake on her way home from the gym. Turkey, as well as chicken with some carbs by the side, was also a part of her diet plan.

Cheat days are acceptable and also important for an individual at some day. Khloe admits that she usually finds herself with a handful of M&Ms or at a pizza joint. According to her, cheat days are a normal thing in any weight loss diet, but the important thing to keep in mind is to know the limitations. Her essential advice is to try to limit any kind of alcohol consumption while on a diet plan. She usually limits herself to 2-3 glasses of alcohol if necessary. Her transformation has created a kind of trend with plus size people to lose their weight and adopt a healthier lifestyle, especially women. Even though the elder Kardashian sisters are known for their organic foods and perfect bodies, but the youngest sister is the one that fitness enthusiasts should be looking up to. A lot of images and videos show her transformation over a particular period of time, titled Khloe Kardashian before and after weight loss. The way she took her ugly divorce in a positive way and returned with a much more beautiful body is what inspired people from all over the world to follow the vision of Khloe and her diet plan secrets. Her perseverance has led her to grab the top spot in the Fit List of the Heat Magazine. 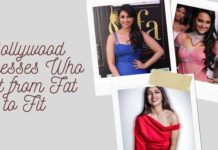