Climate change has posed a serious threat to the world. The scientists and researchers have been talking about the same for many decades. But it seems that the results are much more evident today. Constant burning of the amazon rainforest, rise in the global average surface temperature, rate of warming and rise in the sea level, frequency and intensity of natural calamities like droughts and cyclones have indicated that human action has majorly damaged our mother nature and the results are quite disastrous.

And India is said to be severely affected by the same. India is a major developing country and climate change makes matter worse for even our economy. The great Himalayas which houses the world’s third-largest ice mass on the earth is situated at our Northern side. India has a 7500Km long densely populated coastline and any changes to the climate have quite a visible impact on our country. And the southern side of our country is vastly dominated by the oceans. Mostly the rural population of our country is still based on climatic occupations – agriculture, fishing, animal breeding and likewise. thus, climate change is quite evident in large parts of the country. When the southern states of the country witnesses flood the other states are still under heatwaves. There are places like Odisha which suffer from drought every year but then again there are places like Mumbai where flood is common every year. Other than that reduced availability of fresh water poses a serious threat because there is a significant reduction in the drinking water. And the consumption of unsafe drinking water leads to many other health concerns.

As per the Senior Irrigation department official,

“It muddy and bacteria-infected. Drinking this water will give rise to various water-related diseases like diarrhea, vomitting. It is always advisable not to drink dead water, but due to the unprecedented water crisis, permission to use this water has been given,”

And of course, flood causes a change in the agricultural land as well. Complete soil pattern changes because of flood and as a result the soil productivity and the crop output suffers. No wonder the quality of our crops have substantially reduced and thus the farmers have also increased the use of pesticides.

Prevention of water-borne diseases is actually next to impossible. It is because you regularly come in contact with floodwater. So, if you really want to prevent water-borne diseases, then any kind of contact first needs to be broken. You also should be able to consume and even use completely treated and safe water for your personal use. And recommend the same to your family because waterborne diseases are highly contagious in nature. And thus they would spread within no time. 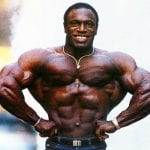 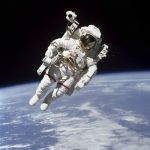