The other name of the Bollywood is glamour and looks. Since a long time, Indian Cinema Industry is welcoming Indian actors male who are not only handsome but also posses timeless good looks.  You must find male actors without makeup photos.

Don’t forget to look at  the list of most beautiful female actors in the world.

Here is the list of top 30 handsome Indian actors of all time:

Can’t stop staring at this dreamy personality? Ranveer Singh is not only a great actor having an amazing personality but is also known for his spirited energy both on and off-screen.  He has been one of the most persons in the industry, providing vigor wherever he goes. You can also check Ranveer Singh Hairstyles.

Aditya Roy Kapoor is another attractive and extremely charming personality. He has been described as a great performer who infuses life into the film. He is one of those men who have a casual yet classy look.

Shahid Kapoor has an impeccable style sense. In fact, in 2017, in an annual UK poll, he was voted as the sexiest Asian man. He is also known as one of the most fashionable actors in the Bollywood industry. you can also checkout Shahid Kapoor latest hairstyle.

Siddharth Malhotra is a fabulous on-screen actor with multiple fans crushing over him. He is not only a good actor but also has charming looks and a great physique.

Tiger Shroff is quite shy and has an introverted personality. However, he always keeps a cute and smiley face and is a loving personality who pulls off great moves and actions.

This good-looking young man is a determined and talented personality. He has appeared in several films like “Jaane Tu Ya Jaane Na”, which won him the Filmfare Award.

Emraan Hashmi, also known as the serial killer of B-town, has a great personality. He is smart and stylish, and the way this actor carries himself is just commendable.

Dazzling Ruslaan Mumtaz was the first choice to play the role of Jamal Malik in Slumdog Millionaire, but it later went to Dev Patel. Nearing his 40s, his amazing looks are still winning hearts.

The Badshah of Bollywood started his workout after he turned 40. In his movie Om-Shanti-Om he, for the first time went shirtless with 6-pack abs. formerly known as king of romance, Khan has changed the definition of hottest actors and has become most handsome actor in Bollywood all time.

RECOMMENDED  List of Indian Celebrities Died Due to Heart Attack

Salman Khan was always popular for his well-shaped body. Recently, with the trend in metro-sexual body type, he transformed himself as well. He already crosses 40, when he transformed his body again for the movie Sultan.

Akshay, well known for his action moves, is holding the leading position in the list of Top 10 handsome man in India 2018. His well-shaped body does not contain an inch of extra fat.

Known as most handsome actor in Bollywood all time, John Abraham went shirtless in most of his movies for his 48 inches chest and 18 inches biceps.

Abhishek Bacchan, like his father, does not concentrate on his body. With 6 feet 2 inches height, the man maintains a well-tones body since he walked into this industry.

Unlike others, Aamir has quite less height. Despite being a short actor, the man is still known as perfectionist. With his good looks, he started the trend of chocolate-boy-hero in India.

Chocolate boy of current era, Ranbir has a huge fan following in the world. His boyish looks and extremely attractive height made him a successful man in the industry.

Karan Singh Grover did a few movies but he managed to attract millions of fans with his eye-catching body. His workout sessions can be found in his social media accounts.

Though not action hero, still Saif is one of the most handsome men in India currently. He is good with romance and comedy unlike the other Khan group.

With gravity in personality and masculine voice, Arjun Rampal is another name in the list of top 10 handsome bollywood actors 2018.

Varun Dhawan with 5 feet 8 inches height has 44 inches chest and 15 inches biceps. His hot looks made him favourite of every girl in India.

Manish Paul, being a comedian and actor, gains large popularity with his few projects in B-town. His handsome face, along with his well-maintained body made him desirable for many.

Popularly known as timeless man, it is said that time and age cannot touch Anil Kapoor. Having a daughter like Sonam Kapoor, Anil is still the most handsome man in India 2018 has.

Son of Sunil Dutt, Sanjay, is one of the names in the list of most handsome actor in Bollywood all time. The man has started the 8-pack-abs trend in India. With this 44 inch wide chest and 16 inch biceps, the man has stolen million’s hearts in the country.

Jackie Shroff, another well-known personality of Hindi cinema, has a great physique and has appeared in more than 220 films in 14 languages. He has been a part of the industry for about decades and has won various Filmfare awards.

The angry young man of the film industry, Amitabh Bacchan was one of the top 10 handsome Bollywood actors of all time. His attractive height, personality and angry-young-man look had made him most desirable man for many women in India.

Kamal Hassan was famous for his comedy and dancing, apart from his acting. Being a dancer, he posses extremely good shaped body that made him look not only hot but also favourite actor of all time.

Like Vinod Khanna, Dharmendra, too was the name that signifies the term ‘hottest’ in Hindi film industry. If you want to take names of top 10 handsome actors in Bollywood, Dharmendra leads the chart.

Jumping Jack, Dancing Star, Jeetu and so on are some of the names that were given to Jeetendra. With 6 feet height and lustrous smile on face, the actor made to the top position in the list of the most handsome actor in the world.

Dev Anand was well known for his exclusive style of talking, smile and walking. Back in 60s, he was considered as one of the leading fashionable males in Hindi film fraternity.

RECOMMENDED  List of Indian Celebrities Died Due to Heart Attack

Dilip Kumar is the most popular actor in Bollywood of all time. As the time passes by, he earns more popularity and fame for not only his acting, but his romantic looks. Be it Madhumati or Ram aur Shaam, his boy-next-door looks have made many fall on their knees for him.

Vinod Khanna was one of those actors who have started the trend of hottest Bollywood actors in India. Unlike recent times, he did not endorse packs abs. However, the man had well maintained physique that made him most handsome actor in Bollywood history.

With his two dimples, Shashi Kapoor, did not fail to attract million hearts while he was active in his career. While talking about hottest actors, he was one of the most handsome and desirable men in India since a long time.

Vinod Mehra was also one of the romantic heroes in Hindi cinema. The actor came to limelight at that time when the style of hot-body was in trend. Despite not being in the list of hottest actors, Mehra still could successfully managed to be one of the most handsome actors in Hindi Cinema.

Popularly known as Kaka, Rajesh Khanna was another most handsome in India. He was not on the list of action heroes. Though he had well-shaped physique that made him looks good in any character he played.

Sunil Dutt was a veteran actor of Bollywood. He was not only handsome but also could fit into any role for his looks. With strong body and lucrative 6feet height he could match up to any action hero in his time.

Feroz Khan, one of the best known for his work in Bollywood, has appeared in more than 60 films in his career and become of the popular style icons of Hindi cinema.

Shammi Kapoor was another dashing personality of the film industry who started his career in 1948. This actor, who was honored with Filmfare Lifetime Achievement Award, took his last breaths on 14 August 2011. Apart from this, he also received two Filmfare Awards in the categories of Best Supporting Actor for Vidhata (1981) and Best Actor for Brahmachari (1967). 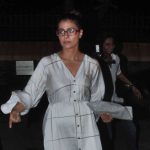 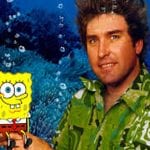 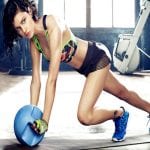 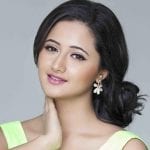 OMG! Rashmi Desai is suffering from this disease…. 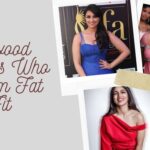 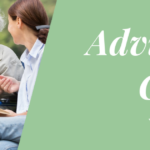 How to Choose the Right Home Care Company For Your Loved Ones?

How to Choose the Right Home Care Company For Your Loved Ones?