There was a wellness report some years back, which highlighted the point that sleep will soon be the topmost priority of the world. Well, it was true. Life is just fine without proper sleep. You can have all the luxury in the world, but if you don’t have a proper life, then my dear friend you are not that fortunate.

There is a different debate that digital mattresses are being made which are designed to put you to sleep within seconds. Well, once it’s launched in the market then we will see how does it perform.

As per now, let’s have a look at what time do successful go to bed –

Around 2015, she commented that she sleeps only 5.5 hours a day but she is trying hard to increase the same.

“The older I get, the more I realize that the real joy in achieving anything is the level of vibrancy and aliveness you can bring to it. You don’t want to miss out on life,” “Even though it’s fun to stay up all night, if I have to be creative I need seven hours of sleep“ Being a top model, she knows the importance of sleep in her daily life and beauty regime.

“Sleep is my favorite indulgence. I like to spoil myself by taking a day off and sleep in; it’s the best and most generous thing you can do for yourself,” This 4o-year-old athlete likes to keep it early to bed and early to rise.

“I think sleep is so important because I break my body down so much with my sport. It’s the only place to get the recovery that I need. There are so many people studying sleep now who realize that this is important; it’s not something you can skip for years and years and years and think you can get away with it,” She is well known for her insomniac issues. She adapts some of the sleep hacks

“My one key tip is to sleep with my phone at least 5 feet away from me. And I also do a quick meditation before I get into bed, even if it’s just for five minutes. There are also some yoga poses that I’ve found to be quite helpful in relaxing my mind, even if it’s just a simple downward dog and some stretching, But the biggest thing is the electronics shutdown, ideally an hour before I turn off the lights. It’s really a big deal.” The PM of one of the world’s biggest democracy is known to work tirelessly. He works for 20 hours a day. And he sleeps only for 3.5 hours. Yes, you read that right. and when asked don’t you feel tired. He said no I am all energetic. King Khan is also known for his very less sleep. He sleeps for only four hours a day, but we wonder how he manages to stay this active, to which he replies that he works out and eats good food. But many people believe that his excessive smoking has made him this active and awake in spite of this less sleep. Salman Khan is known to sleep very less. He sleeps only 4-5 hours every night. Most of the time he manages to sleep is his vanity van. Akshay Kumar, who is one of the fittest actors of the industry is known to sleep early and also wake up early. The man has his dinner by 8 PM and manages to get to his bed by 9:30 P.M. He is also one of those people who loves to wake up early. Thus, he wakes up at 4:30 A.M. For him sleep is sacred. he strongly believes that if there is a problem then his staying awake will not solve the problem. Rather if he sleeps well, then his productivity will definitely increase to solve the problem. He manages to wake up by 6 AM every day doesn’t matter how late he sleeps.

Sushant has been battling with insomnia since one of the longest time. He barely manages to sleep only 3-4 hours a day. Also, he is trying various exercises, meditation, yoga and even has reduced his black coffee intake to help him get a night of better sleep. Amitabh Bachchan is also known to sleep for only three hours a day. He is one of the Bollywood’s self-confessed insomniacs. He has expressed his sleep issues multiple times in his blog even. 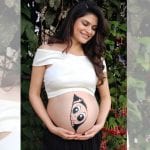 OMG : This TV Actress announced her pregnancy in an unique way

OMG : This TV Actress announced her pregnancy in an unique way