One diet that has taken the world by storm in recent years is the keto diet or ketogenic diet. This is a high-fat, low-carb eating plan. Keto has become a tremendously popular dietary trend, despite similarities to the Atkins 40 diet. (1)

Instagram influencers, Hollywood stars, TV personalities, sportspeople, and models often use social media to express their opinions, and the keto movement has gained global traction as a result. It’s no secret that keto has become increasingly popular – and people around the world are reaping the benefits. Many people follow the diet, or rather the lifestyle.

Although the ketogenic diet has long been around, its popularity has skyrocketed since celebrity endorsements have made it more popular. However, it’s one thing to get endorsements from celebrities, but anyone serious about fitness wants to see results before making drastic dietary changes.

There have been some seriously epic transformations shared online by celebrities who have followed keto, such as Halle Berry, Kourtney Kardashian, Kim Kardashian, Tim Tebow, Vinny Guadagnino, etc.  According to the keto diet’s proponents, it offers a wide range of health benefits. Whether you want to shed pounds efficiently or lower your cholesterol levels, this might be the ticket to your transformation. (2)

Here, we examine the diet endorsements of famous stars and find out if you should emulate them, and you can learn more on PlanKetogenic.pro’s page for beginners.

While weight loss is one of the most common reasons people stick with it, Halle reports that it helps her manage diabetes as well. The Oscar-winning actress has made bold claims that are backed up by scientific evidence.

The keto diet, in addition to treating type 2 diabetes, supports diabetics by controlling blood glucose levels. It also reduces physical signs of aging by boosting energy and controlling appetite. (3) Despite being known as a diet, Halle describes it as a lifestyle change. In her opinion, while many people see diets as a means of losing weight, she advises that they change their lifestyles instead.

Whenever Kourtney talks about her eating plans, she doesn’t mention the keto diet specifically. However, her website indicates that she follows a low-carb detox regimen. The characteristics of the plan are similar to those of the keto diet. The reason she doesn’t refer to it by name could be for several reasons. A possible reason could be the stigma attached to the word diet or the questions from anti-keto groups.

Kourtney’s preferred diet and keto are similar, though there is no way to know for certain. As an example, her diet is high-fat, low-carb, gluten-free, and sugar-free. In one of her interviews, she also states that her diet keeps her “in a state of ketosis, which is created when the body burns fat for energy as glycogen depleted in your liver.”

Aside from Kourtney, many Kardashians follow low-carb diets. As reported in June 2016 by People, Kim has also jumped on the bandwagon and reportedly lost 60 pounds following the birth of her son, Saint, on the Atkins 40 diet. There has been an Atkins 40 diet since the 1970s, designed for people who want to lose less than 40 pounds.

The Atkins diet involves very low carbs and a high fat intake and is essentially the original keto diet. Atkins is different in that it gradually reintroduces carbs, so ketosis likely won’t kick in until phase one. (4)

From the NFL to the MLB, Tim Tebow has been in it all. In addition to physical fitness and a healthy diet, Tebow has been an outspoken supporter of the ketogenic diet since 2017.  He describes why he chose the keto diet in a 2017 GQ article saying, “For me, it’s not just about staying in shape for sports; it’s about being healthy.”

In Tebow’s keto diet, avocados are his favorite food. He can’t get enough of the green stuff. As well as eating avocado ice cream, he also puts them in smoothies. According to Tebow, avocados can do anything. In one video, he bites into guacamole straight from the jar, if you’re still unsure of how much he loves avocados. He eats four avocados a day, which may not seem extremely high, but this is a man who really does love avocados.

What has Vinny been up to? Since Jersey Shore ended six years ago, that’s been the question on so many people’s minds. Our question has now been answered! It has been reported that Vinny has become a keto diet devotee after returning to Jersey Shore Family Reunion.

As part of his keto-focused Instagram account, the lean star has even created a page called @ketoguido.The keto diet has helped Vinny shed 50 lbs and made him look years younger. Besides exercising regularly, he eats plenty of eggs, bacon, butter, steak, fatty fish, and plants to achieve such great results.

RECOMMENDED  Why you are not losing weight on Keto?

Would it be worth your time to try keto? Based on celebrity recommendations, it appears to be a very beneficial lifestyle change. In addition, most of their bold claims are backed up by scientific evidence. (5)  In other words, this meal plan is great for achieving your fitness goals.

However, every diet has its drawbacks. Keto should be approached with the following considerations:

Considering these factors, we recommend that you give it a try. Maintaining healthy habits and a moderate diet will help you minimize possible setbacks. By doing this, you can be reaping the benefits of keto and feel healthier than ever in no time. 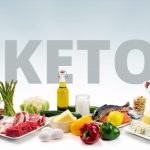 Things you should know before starting a keto diet 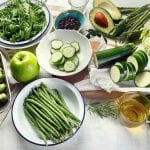 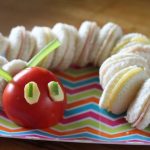 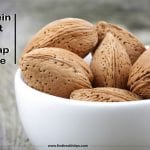 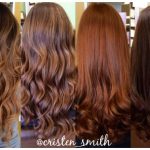