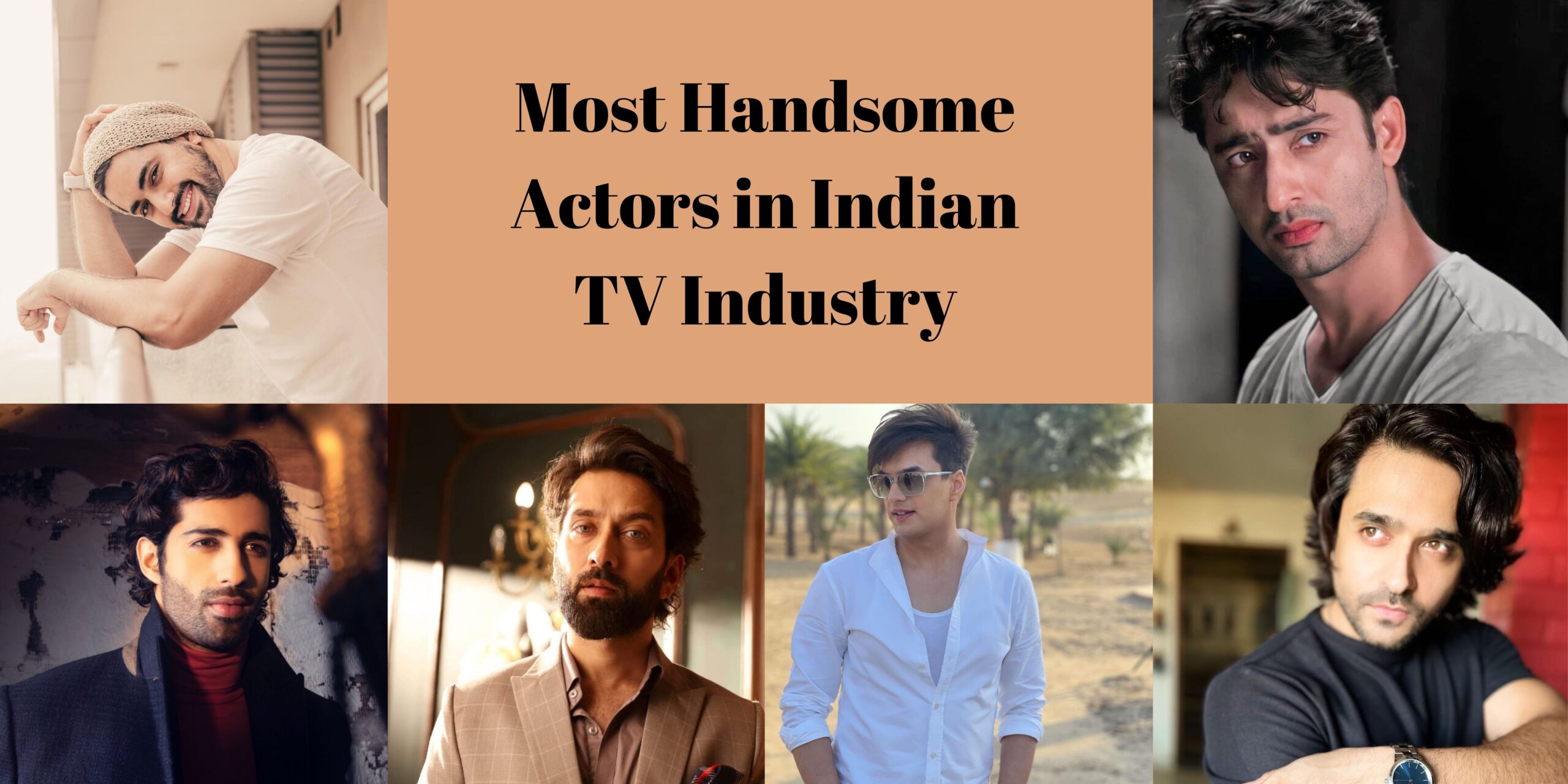 There are many appealing actors people have fallen in love with on Indian television over the years. This listing of the most handsome actors on Indian TV industry 2022 has to offer shows just some of the great studs you can find on the airwaves.

Ali Goni is an  Indian television actor known for playing ‘Romi Bhalla’ in the “Yeh Hai Mohabbatein” television series. He got famous with his debut through Splitsvilla.

Shivin Narang is an actor who will make his Bollywood debut alongside Amitabh Bachchan in the upcoming movie Goodbye.

Sharad Malhotra is the most handsome TV serial actor in India. He has worked on many television shows and series for over a decade.

Nishant Malkhani is an Indian television actor with many lead roles on ZEE TV. He was also a contestant for the colors Big Boss in 2020.

Ankit Siwach is famous for his romantic thriller web series on Voot. He also had many lead roles on Zee TV.

Sehban Azim is the most handsome TV actor who is famous as Kabir Katyal. He is now working on a television series called Spy Bahu.

Neil Bhatt is an Indian actor who has worked in many movies and as well as television shows.

Varun Sood is an actor, video jockey, and athlete who topped the list of most handsome tv actors indian quite a few times now.

Priyank Sharma started his career as a dancer and choreographer and found his passion for acting.

Rannvijay Singha is a well-known television personality for his role in MTV Roadies. He was a member of the show from 2004 to 2020.

Rohit Suchanti is a famous person on Big Boss season 12. He is currently playing the lead role of Rishi Oberoi in Ekta Kapoor’s Bhagya Lakshmi on Zee TV.

Paras Kalnawat is an actor and part-time writer and also has a personal podcast. He made his debut through Star Plus in 2017.

Kinshuk Mahajan is an Indian actor who made his film debut in Delhii Heights and his TV debut with Kaajjal portraying Devendra.

Ankit Gupta is an actor and model by profession. He is best known for portraying  Parth Kashyap in Sadda Haq.

Pravisht Mishra is a 24 years-old Indian television actor who is a physiotherapist. He has a special love and attraction toward acting.

Gaurav Khanna is an Indian television actor and male model. He is known for his role as Inspector Kavin in CID.

Fahmaan Khan is an Indian television actor and a model. He is currently popular for his role in Imlie.

Pearl V Puri is an actor and model by profession. He is well known for his role in “Naagin,” an Indian frictional television series.

Shaheer Sheikh, known for his charming personality and great acting skills, is a popular TV actor appearing in shows like ‘Yeh Rishtey Hain Pyaar Ke’. This handsome personality is also known to be the national crush.

Zain Imam is another television’s best finds, having great looks and a good style. He is known for his role in Hindi shows like ‘Tashan-E-Ishq’.

Mohsin Khan, an Indian TV actor, got the fifth rank in Asia’s TV personality list. He is well-known for his portrayal in the Hindi show ‘Yeh Rishta kya kehlata hai’.

Aashim Gulati, another Indian TV Actor, is popularly known for his role in the show ‘Gulmohar Grand’. He is a dashing and smart actor who resembles Aditya Roy Kapoor.

Nakuul Mehta is a famous TV actor known for his role in the show ‘Ishqbaaz’. He became an attractive and commonly known actor after portrayal in his show ‘Pyaar Ka Dard Hai Meetha Meetha Pyaara Pyaara’.

Ashish Sharma, another handsome, charming, and attractive personality, is an Indian actor, popularly known for his role as Ram in ‘Siya ke Ram’.

People are falling for Harshad Chopda on Tere Liye thanks to his hot body and distinct attitude.

The charisma of Karan Kundra can be noticed on Kitni Mohabatt Hai. His fun style is impressive as he charms the ladies.

Gautam Rode has got quite a great clean-shaven look. As the star of Sarswatichandra, he is a popular figure who knows his role.

Rithvik Dhanjani is known for being a stunning man with a charming style of his own. It is no wonder why many call him one of the most handsome Indian actors of all time.

A former telecom worker, Barun Sobti has been making the waves on television in recent time. He has not only starred on television but also some movies like Dry Dreams.

Another figure who had been in the telecom industry, Ravi Dubey took up modelling and eventually got his way into television. He is famous for his work on 12/24 Karol Bagh where he stars with his wife Sargun Mehta.

The boyish looks of Karan Wahi make him one of the best people to find among choices for the hottest actor on Indian television. He is also a great model.

Rajat Tokas is surely one of the top 10 Hindi serial actors 2022 has thanks to his stunning work on Prithviraj Chauhan. His face is immediately noticeable anywhere.

As the star of Love Ne Mila Di Jodi, Karan Tacker is a fun man who knows his roles. He has even become popular as a host of many reality programs.

The distinct hair and surprising charm of Karanvir Bohra makes him one of the easiest stars on Indian television to spot today.

Kaushal Tandon’s roles on Bigg Boss and Gauhar Khan make him immediately easy for anyone to spot. He looks great with or without his trademark sunglasses too.

The MTV India personality is attractive to all of the kids today thanks to his fun and unique attitude.

Look for Keith Sequeria on your television as he stands out with his toned and muscular body. He has been a popular star over time, especially with his work on Bigg Boss.

Another great MTV India star, this time on Warrior High, Ashwini Koul has a great look and quite a chest.

A veteran of scripted and reality shows alike, Vivian Dsena has become a noteworthy figure for his work on science fiction shows like Pyaar Kii Ye Ek Kahaani.

The great smile and fun style of Iqbal Khan makes him a great star, but he is also known for being very versatile. He is married to Sneha Chhabra, but women today are still turned on by him.

Gurmeet has stood out as one of the top 10 Hindi serial actors 2022 thanks to his versatility. He is great not only with acting but also in dancing.

As the star of Sapno Se Bhare Naina, Gaurav Bajaj is a popular figure with the ladies. His roles on various soaps have made him a star on daytime television as well.

As the star of Miley Jab Hum Tum, Arjun Biljani showed he is a true ladies’ man. His work on Naagin has only furthered his image as a great figure in the world of Indian television.

Another star of Miley Jab Hum Tum, Mohit Sehgal is a great man with quite an attractive body. He is even married to Sanaya Irani, his co-star on the show.

The appealing thing about Shabbir is that his smile really says more about him than anything else in the world.

A former engineer, Param Singh switched over to the acting circuit and has quickly made a name for himself. He is an exciting star that women around India have been flocking to recently.

Karan Singh Grover has been a star on many Indian serials and movies alike. He also has a good musical streak to him.

People know Kapil Sharma for his fun comic skills, but he is also known to be very friendly and popular with women. His positive demeanor makes him an intriguing star for all to see.

Gupta has been a part of many reality programs around India. He is known particularly for his great dance skills as he charms women on television.

The stunning man who changed the role of Shiva forever, Mohit Raina is a popular figure for his fun style and attractive demeanor.

The star of Mahabharat, Vin Rana is a fine man who has worked in India and Indonesia alike. He remains popular thanks to the fine attitude he holds and for his strong cross-cultural appeal.

Kunal Jaisingh is the last of the stars to see on this list of hot Indian TV actors. Women love him for how sensitive he is as he shows his attitude towards others.

Which actor do you like the most from our most handsome actors in Indian TV industry? Tell us in comment section. 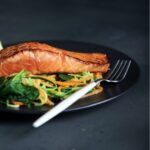 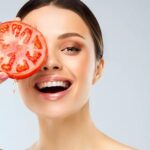