Yoga for Beginners: What is Yoga Meditation

If you ask someone what is yoga probably he or she would say a set of physical exercise in which people twist, turn and stretch their limbs and breathe in the most complex manner, but reality is far from what we see. Yoga is a set of mental, physical and spiritual exercise and recognized as an art of enlightening self-knowledge. Talking about Yoga meditation, it is an extension of both yoga and meditation together. In  simple words, Yoga meditation can be defined as the art and science of understanding every level of our being, observe and accept it so that we amalgamate those aspects of us and live in the direct experience of the consciousness.

What is Yoga and Meditation ?

To understand this concept, one first needs to understand both ‘Yoga’ and ‘Meditation’ in detail. Let us go back to the beginning to find how this magical ascetic discipline of Yoga and deep science of unveiling the infinite potentials of the human mind and soul came into existence and also what the real meaning of ‘yoga’ is.

What is Yoga? – The word Yoga is basically derived from a Sanskrit word called yuj, which means “union”, Union of one’s soul with the God. Yoga is not only the word to describe this state of union but it is also a means through which one attains this state of union. More than a century of research, we still are uncertain about the earliest beginnings of Yoga but one thing researchers have discovered that it originated about 5000 or more years ago in India. Initially many scholars thought that it came into existence during the time of ‘Gautama Buddha’, the founder of Buddhism, until an archeological revelation took please in early 1920s and introduced the world to the oldest and civilization which also happens to be the largest ‘The Indus civilization’ where excavators found depictions engraved on soapstone seals that very much looked similar to the yoga postures or yogis practicing the art of yoga.

Yoga’ is also recognized as the conjugation of an ancient system of three Ps- The first P denotes philosophies, second denotes principles and third ‘P’ denotes practices- these three Ps are believed to have derived from the pre-Vedic traditions. In simpler words, Yoga means “connection”, “union” “way of life”, “relevance”, “addition”, and “performance”. The Yoga gurus describe yoga as an art of enlightening your soul with achieving the vital knowledge bestowed on you by the Supreme Power and that is how you achieve ‘moksha’ or ‘mukti’-  the salvation, which also happens to be the ultimate goal of yoga.

As per the eminent scholars, the history of ‘Yoga’ is divided into four broad categories:

It is believed that the art of yoga consists of eight limbs as prescribed in the yoga sutra formulated by Patanjali around 400 CE, the ancient sage and author. These eight limbs are:

Most of the people who are practicing Yoga today are engaged in the third limb, asana, which is a program of physical postures designed to purify the body and provide the physical strength and stamina required for long periods of meditation.

What is difference between yoga and meditation?

People often get confused between Yoga and Meditation and most of the times people consider both yoga and meditation as one thing, so are they actually same or is there any key difference between the two.

Earlier in this article we learnt about ‘Yoga’, and ‘Meditation’ is an integral part of yoga, where one practices to relax one’s mental state and tries to increase the level of concentration by keeping all distractions far away from the mind and focuses just on the breathing process. Being aware of the breathing ‘inflow and outflow’ automatically controls the thought process which ultimately relaxes the mind completely.

Meditation has come from the word “Dhyana”, the 7th limb of yoga which means the state of consciousness and thoughtless awareness. The process of meditation starts with a spiritual state where the practitioner first successfully turns his or her attention inward, `shutting off the senses and let all outer distractions surpass the limits of restless mind. But if we bring into notice what the yoga gurus and experts say about meditation then according to them it is not a verb or an act, and it would not be right to say that you are “meditating” because you don’t meditate but do certain practices to bring about the state of meditation.

What is Yoga Meditation?

Meditation is precisely a technique for relaxing the mind and attaining a state of consciousness that is not similar to the normal state of being awake. It is the means of assimilating all the levels of ourselves and finally experiencing the center of consciousness within. Meditation does not belong to any religion, it is actually a science, which means that the process of meditation follows a specific order, has definite principles, and brings out outcomes that can be verified.

In the state of meditation, the mind remains calm, and inwardly focused. When one meditates, one actually distances itself from the external world having the mind fully awake, alert and away from the events taking place in one’s surrounding. Therefore to achieve the state of meditation one must attains an inner state that is still and serene so that the mind becomes silent. When the mind becomes silent and no longer distracted that is when, meditation deepens.

Meditation is a process of getting to know your own mind it’s a way of coming to understand and work with your mind so that you can get the best out of it. Meditation is not about sitting in a blank state without thinking about anything at all, it’s also not about just emphasizing and over emphasizing on an idea over and over again but meditation is a state of thoughtless awareness. The actual practice of mediation is very simple, all you have to do is sit upright in comfortable and relaxed position, you may leave your eyes open, simply relax your mind and body allow your mind to be just as it is open, spacious, calm and simply let your thoughts and emotion or whatever arises to come and go without clinging to them and try to remain in the pure awareness of the present movement, let your mind to settle in its own natural peace and you will discover a deep stillness which is always with you and slowly and gradually you begin to discover the true purpose of meditation which is to introduce us to the unchanging pure awareness that underlies the whole of our experience.

Scientific research has shown that meditation can increase you happiness and your wellbeing, it improves concentration and helps with depression and anxiety and boost body’s immune system and reduce high blood pressure.

People often misinterpret meditation with terms like Concentration; Loss of control, mental exercise or mental effort but concentrations is more related to fix the attention on a particular object or ideas for a long period of time. In simple words meditations is about taking a moment and sit quietly and let your mind settle in its own state. 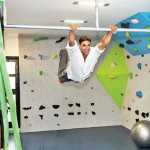 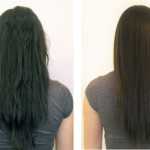 How to Control Hair Fall Caused Due to Hair Rebonding

How to Control Hair Fall Caused Due to Hair Rebonding