×
Frontend Submission > Uncategorized > What Happens When You Stop Brushing Your Hair for a Week? 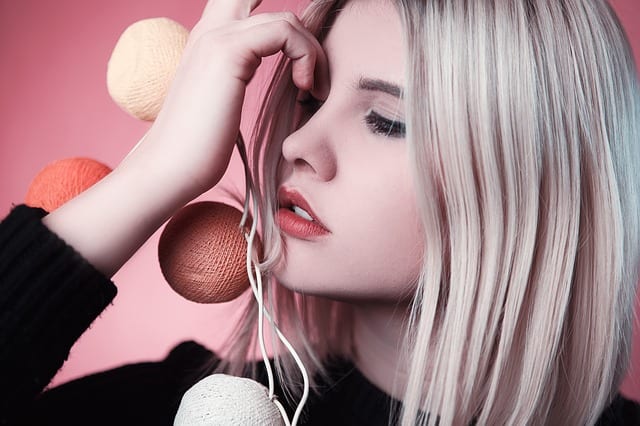 What Happens When You Stop Brushing Your Hair for a Week?

Imagine a week without brushing your hair. Many of you will say that it is impossible. Though, brushing is a less noticeable activity but you can’t imagine going out without it. You always feel that something is missing in your grooming session if there is no brushing. An experiment has been performed with six women who have been told to stop using brush for a week. These women went through different experience but they came to a conclusion that brushes are not that much necessary that we think. Read further to know what they have experienced during the experimental week.

She claims that she is not a grooming freak but she likes to brush her hair daily. It was very hard to avoid the hair brush on the first day of an experiment but she did. She has just applied some morocco oil on her hair and ends to avoid any tangling or messy hair. She has a bit changed texture on the second day which was not really straight and not completely wavy. It seemed that she has left her hair in a ponytail for a long time. On third day she felt that her hair is tangled and icky. She has started missing her hair brush because her hair has become oily due to deposition of natural oil on her scalp. She has made a bun out of her messy and oily hair. She has to keep her hair into a workday bun because of unbrushed hair in the last days of experiment. The conclusion of this experiment according to her was that the absence of brushing has not made a substantial difference.

Woman #2 with short and straight hair

She was compulsive about using a hair brush and therefore she was feeling anxious on her first day of experiment. The forecast of rain and humidity has also added to her anxiety level but after the experiment she has admitted that this activity was quite liberating for her because she felt that she can live without brushing. Brushing her hair was like keeping the things in order or “perfectly placed” attitude. She has used a mild shampoo and more conditioner to prevent any tangling. During this week, she has left her hair damp after the shower (usually she towel dry her hair) and when they get air dried, she used a blow dryer while combing her hair gently with her fingers. Although, she has experienced this liberating feeling but she didn’t like her hair after a week without brushing. So she decided to stick with her love for brush.

She used to brush her hair before shower or when she need to pull it back so she has not seen any noticeable difference in her hair texture. The only negative thing about avoiding brushing was clogging of shower drain more than usual. She has the same but bit more wavy hair at the end of week on which she has used some hairspray to tame it. She has continued not brushing her hair as it doesn’t make a remarkable difference and she chose to use the brush before taking shower like before.

Since this week was rainy and humid therefore she has got frizzy and bed head hair which she could not tame so she has used a wide toothed comb after the shower. She has used curl enhancing product to give her a tousled appearance rather than an unkempt one. She felt her hair finer on the last day which badly needs brushing. According to her, this experiment has made her think that how much she usually brush her hair and is that the right amount of brushing.

This experiment was not difficult for her because she used brushing only to detangle her hair or to remove the hair that’s already shed. She has felt a little flattening on back of her hair on the third day which was a self conscious moment for her. This experiment has not altered her hair habits so this was a common activity to her.

Woman #6 with thin but voluminous hair

She has fine but voluminous hair and because of that she was bound to brush her hair twice a day. She also has a fear of knots so she used to comb her hair with her fingers during conditioning her hair. She has kept her hair up into a bun to save it from a windy weather, during sleep and office hours for three days but after that she felt that her scalp can’t tolerate the weight of her hair so she let it down while sleeping. She has got a wavy texture on the last days of the week which has earned her several compliments. According to her, this experiment has not affected her much in good or bad way but if she is asked to repeat the experiment she would like to do it again.

On the basis of the above explained cases, it can be concluded that your hair is not dependent on brushing. It can’t affect your hair texture drastically but it can make you look more groomed and in order.