What Celebrities Are Saying About Birth Control

Talking about birth control can be a bit taboo in some circles, but many celebrities are taking steps to be more open about their reproductive health choices. In fact, a number of celebs have gone on the record talking about their birth control experiences. Take a look at what these stars have to say about using contraceptives.

Lena Dunham, best known as the creator, writer, and star of the HBO television series “Girls” has been very open about her health struggles, including ongoing issues stemming from severe endometriosis. She has noted that taking the birth control pill provided relief for her endometriosis pain while also helping with mood swings and acne. As Lena says, “I know that without the pill, I would not have been able to be a productive and functioning member of society, and that’s not an exaggeration.” Her openness has helped to shine a light on the fact that combination birth control pills like Trinessa can have important health benefits besides pregnancy prevention.

RECOMMENDED  What's The Difference Between Inpatient Care And Outpatient Care

After having two kids, singer, actress, and fashion designer Jessica Simpson decided she wasn’t quite ready for more. When appearing on The Ellen DeGeneres Show in 2017, Simpson decided to shut down pregnancy rumors at the time by sharing that she was using an intrauterine device (IUD) for birth control.

According to Simpson, “Nothing’s going to get in that uterus!” Over a year later, Simpson announced she was pregnant with her third child. By getting pregnant after having an IUD removed, Simpson helped to show that IUDs aren’t just for people who don’t want kids or who are done having children.

Singer-songwriter Kelly Clarkson had difficult pregnancies with both of her children. She suffered from constant nausea and extreme dehydration while pregnant, which led to her decision to have her tubes tied after giving birth to her second child.

To ensure that an accidental pregnancy wouldn’t occur, she also had her husband Brandon Blackstock get a vasectomy. Her experience shows that permanent birth control can be a relief when you’re sure you never want to be pregnant again.

Reality superstar Kim Kardashian revealed in a 2012 interview with Oprah Winfrey that she started taking birth control as a teen. At the time, Kardashian told her mother, Kris Jenner, that she wanted to lose her virginity to her boyfriend of two years.

RECOMMENDED  New Safety Concerns on the Rise for Breast Implants

There is no one-size-fits-all birth control, so talk to a doctor if you’re not sure which method is right for you. For affordable and accessible birth control, consider using a telemedicine service like Nurx. By partnering with licensed physicians and pharmacies, Nurx makes it easy to get a prescription online and have birth control shipped directly to your door. 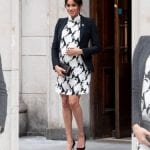 How to Have the Birth Control Conversation With Your New Partner 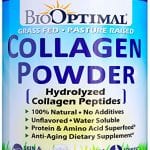 Collagen Powders vs. Pills: Which One Gives Better Results? 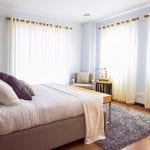 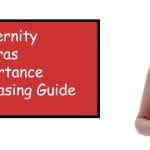 Maternity Bras- Their Importance and How to Purchase the Best Fit 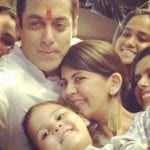 Express Your Love for Sister Through Unusual Rakhi Gifts 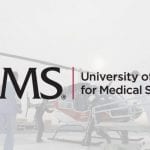 University of Arkansas for medical sciences receives a five year 24.2 million dollar grant; says will focus on research and development of rural areas

University of Arkansas for medical sciences receives a five year 24.2 million dollar grant; says will focus on research and development of rural areas

Express Your Love for Sister Through Unusual Rakhi Gifts