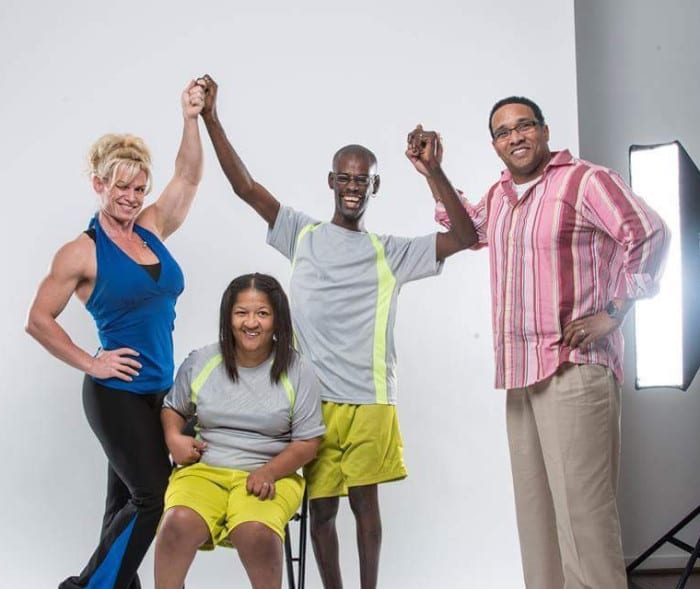 Wade McCrae Washington and BJ Glaze have been detected with Cerebral Palsy since birth. Both of them are now 47 but they are taking the bodybuilding game by storm.

Both of them also have scoliosis which is an extremely rare spinal disorder. But this has not brought the spirits of the couple down. Because of their deformities, the couple faces difficulties in doing their day to day activity. But even they have an extremely positive spirit and are always smiling and getting pumped with their body for the next bodybuilding tournament.

Wade and BJ met 20 years ago at one of the colleges in Houston, Texas. Since then they have been living together here only and there has been no looking back for the couple. The couple is extremely passionate about one another and they are quite focused towards their bodybuilding goal. Quitting has never been an option for them.

The couple is extremely thankful to their personal trainers and motivators Tina Chandler and Carl Ducena. Both of them have kept their body and spirits both pumped up. They also are not only their fitness motivator but have a great positive influence on their personal life too.

Since his first training session with Tina, Wade went on to become the adaptive bodybuilding division – an extraordinary achievement in itself. This was what kept the morale high for the couple.

Wade and Bj are now involved with Tina and Carl with their “Normal to be fit” campaign where others are equally inspired to stay fit. This campaign is all about people who have physical or some other deformities.

We wish four of them all the best in such noble endeavors.