Is Vaping Good for Health? 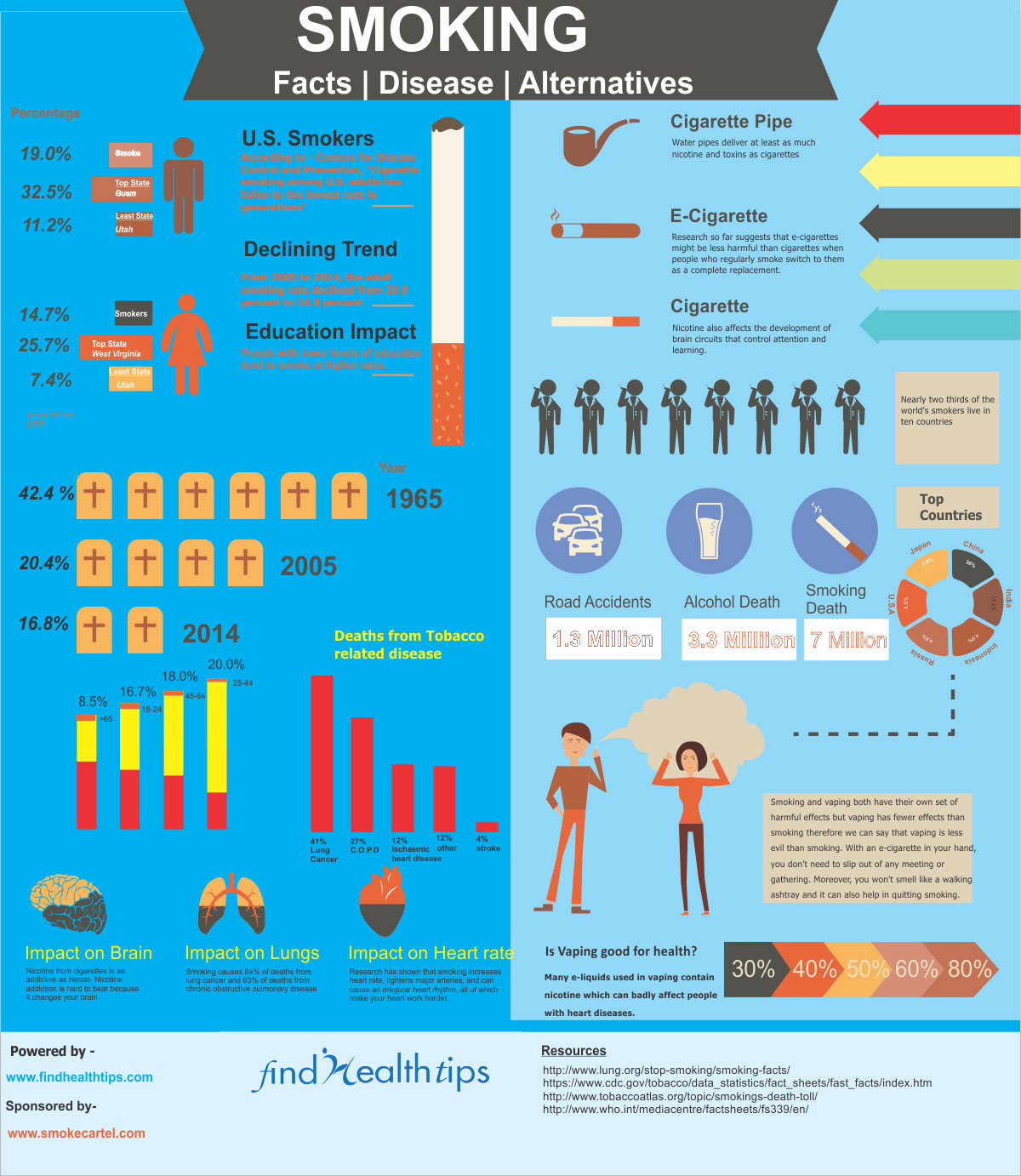 Using e-cigarette or electronic cigarette, hookah or any form of vaporizer is known as vaping. We all know that it is a safe alternate of smoking but do we know how much safe it is. To get the answer, you must know how smoking cigarette and Vaping affects your body.

In case of smoking cigarette, you are prone to thousands of hazardous chemicals which include 70 scientifically proved carcinogens. These chemicals directly as well as indirectly affect every organ of your body and cause various diseases ranging from minor health problems like cough to critical conditions like lung or oesophageal cancer.

Now let’s come to vaping or e-cigarettes, it produces vapour or in simple terms, thick smoke which one can inhale and exhale just like smoking but it don’t pose any threat to non smokers living in vicinity of the user.

These e-cigarettes contain e-liquid which get heated to produce vapour. This e-liquid or e-juice generally contains nicotine but in fewer amounts but even in this amount, it can cause dependence.

Is Vaping good for health?

Being addicted to any substance like tobacco or cigarette is not good for health. Vaping can be a safer alternate to smoking but it doesn’t mean that it won’t pose any threat to your health.

Many e-liquids used in vaping contain nicotine which can badly affect people with heart diseases.

As you know that many harmful ingredients present in cigarette are combusted during smoking and enter the body during inhalation process and affect other people during exhalation. In case of vaping, you inhale vapour only and not posing threat to others live but you are still inhaling lots of chemicals which are not good for your health.

What are the drawbacks of vaping?

Smoking and vaping both have their own set of harmful effects but vaping has fewer effects than smoking therefore we can say that vaping is less evil than smoking. With an e-cigarette in your hand, you don’t need to slip out of any meeting or gathering.

Moreover, you won’t smell like a walking ashtray and it can also help in quitting smoking. If we compare the health aspects of cigarette and vaping then vaping will be a winner in every aspect like health, safety, cost and social acceptance etc.

Previous articleCaesarean is for Cowards? I feel the pain after Caesarean is a life imprisonment
Next article5 Things You Should Never Do If You Want to Avoid Premature Signs of Aging