Root canals have a bit of a bad reputation in the public eye – and are one of the most commonly-misunderstood procedures. Though most people think that they are painful and uncomfortable, this could not be further from the truth.

In reality, root canals are barely more invasive than a filling, delivered under full numbing, and are completed usually within just an hour or two – and they’re the best way to save the existing structure of an infected or heavily damaged tooth.

This is definitely the most common myth around root canal therapy – and it’s simply not true. In fact, a root canal is much less painful than simply leaving an infected or damaged tooth in place.

Root canals are required when the pulp and soft, nerve-filled tissues of the tooth are infected, either due to tooth decay, or because the enamel has been broken by a dental injury.

RECOMMENDED  The Restorative Effects of Kratom

Guess what happens when nerves get infected? They hurt. A lot. Imagine the worst toothache you’ve ever had, multiply that by 10, and add in shooting pains, sensitivity to heat and cold, and frequent migraines and jaw soreness. That’s what you get when you have an infected tooth.

In comparison, root canal therapy is barely a “blip” of discomfort. Only a small amount of tooth enamel must be removed, and the procedure can be done under both local anesthetic and sedation – you could sleep through the entire procedure, if you want.

So, compared to the pain of living with an infected, damaged tooth, root canal therapy is quite insignificant.

Myth #2 – It’s Better To Just Have A Tooth Extracted, Rather Than A Root Canal

This is one of the most dangerous pieces of misinformation out there – and it could end up costing you thousands of dollars, if you believe it.

We’ll say it in plain English – a tooth extraction should always be your last alternative, when it comes to dentistry. It’s always better to save the natural tooth structure, whenever possible.

RECOMMENDED  Liposuction in Mexico: Why Medical Tourism Has Caught On

Why? Well, not only does it help you preserve your smile, it helps you avoid the high cost of having a replacement tooth fitted and placed.

First, tooth extractions usually cost somewhere around $500 – and after an extraction, you’ll need a replacement tooth.

A partial denture can easily cost around $500. A dental bridge can cost between $500 and $1,200, and San Diego dental implants can cost anywhere from $2,500-$5,000 or more, depending on your unique situation and dental needs.

A root canal usually costs between $300-$700, depending on the tooth and if it requires a crown, rather than a filling, for completion. Root canals are also almost always covered by dental insurance.

Thinking about not replacing a missing tooth after it’s extracted? Think again. Failing to replace a missing tooth leads to an unappealing smile, and it can also cause your teeth to shift, ruining orthodontic work, and causing damage to the gum and jaw tissues.

Another myth about root canals is that they constantly fail, and must be re-treated, which is costly and painful. Again, this myth is refuted by the facts.

When administered properly by experienced dentists in San Diego, root canals have an excellent success rate. The average success rate nationwide is 90.9% – and this can be boosted even further with proper outpatient and post-procedure care, using a dental dam during the procedure, and other such basic steps.

Know The Fact And Fiction About Root Canals With This Guide

Don’t be fooled by those who claim root canals are painful or unnecessary. They’re the best way to save your tooth. If you’ve got a toothache and think you need root canal therapy, contact dentists in San Diego right away, and get the treatment that you need to save and preserve your tooth. 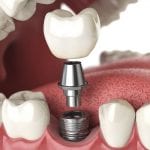 How do Dentists Treat Root Canals? 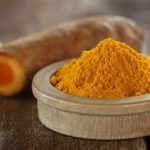 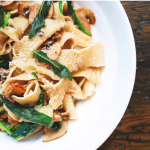 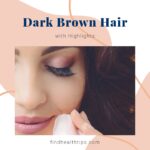 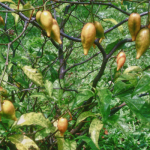