The human body is made up of millions of cells which group together make a different kind of organs but some cells function in their individual form and move throughout the body via body fluids like blood to perform their functions. By understanding the health status of these cells, one can estimate the overall health of the body.

Complete blood count test is a comprehensive test which provides information about all types of cells present in blood to determine certain disorders which can affect your health. 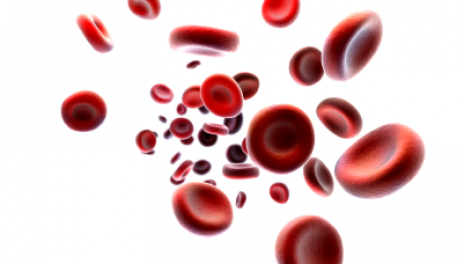 Why is CBC required?

Your doctor can ask for CBC blood test for several reasons which are following as:

Routine checkup – your doctor may ask for this test to monitor your overall health, collect basic information and to check indications of any disorders.

Diagnose infection or disease – if you complain about weakness, fever, fatigue, bruises or inflammation then you can be asked to go for this test to diagnose any occurrence of infection.

Confirming a health problem – sometimes the doctor needs to be sure about the existence of a health disorder, therefore, he/she can ask you to get this test done

Check severity of disease – total blood count also helps in determining the severity of any health problem. For example, the count of white blood cells (WBC) reduced to a dangerous level in case of dengue.

How to prepare for CBC?

Since this test is about determining the total number of different type of blood cells in the body there is no need of any kind of fasting. You can eat and drink like you do every day before the test.

What happens during the test?

The lab technician will clean the skin surface (generally inside of the elbow) from where he is about to draw the blood. After that, he will tie an elastic band or tourniquet around the upper arm so that the vein swells up with blood.

He will draw the blood from the vein with the help of an injection and keep it into one or more vial. The lab technician will ask you to press the test spot (from where the blood has been drawn) with an alcohol dabbed cotton for few minutes after withdrawing blood. The test gets over in 5 – 10 minutes and you can go after that.

In the case of infants and babies, their heel area is sterilized to withdraw blood and the spot is pricked by a small needle known as the lancet. The heel is gently squeezed to collect blood into a vial. You can get the reports in few hours or the same day after blood collection.

Result and its interpretation

The test result generally includes the reference range of expected numeric values which is found in healthy person. Since the normal values vary on the basis of gender and age, therefore, the estimated values higher or lower in comparison with values provided in the reference range might and might not indicate towards a health problem.

Besides these reference values, you doctor will also consider other influencing factors like your and family medical history. Here we will give a brief overview of the interpretation so that you have a fair knowledge about what are the topics your doctor is going to discuss with you.

RECOMMENDED  What Are Ketones?

Hemoglobin or the protein which carries oxygen binds to RBCs and if the count of total RBC is less than normal then the total count of hemoglobin will also drop. Low level of RBCs is caused by malnutrition, anemia and bleeding while in the case of some major diseases such as kidney and liver disease, cancer and medications prescribed for cancer treatment.

These cells are the fighter cells of our body which defend our body from any kind of infection. Generally, these cells are less than RBCs in number but these are larger as compared to RBCs.

An increase in WBC count indicates an infection by bacteria, virus, fungi or some other parasite. It also increases in case of blood cancer or leukemia.

WBCs are many types and some of them only appear in blood cells when there is any infection. A differential result shows the percentage of each type of WBC appeared in blood. It is used to monitor the recovery of a patient.

An appearance of some cells like promyelocytes, metamyelocytes, blasts cells can make your doctor suggest you come for a follow-up.

These are smallest blood cells and very essential for blood clotting. A CBC test report includes platelet count and means platelet volume (MPV). An MPV is the average size of the platelet and its higher value can indicate better functioning of MPV.

If the platelet count is low then it can be associated with bleeding which can be caused by disorders like leukemia, rheumatoid arthritis, lupus and side effect of medications.

An increase of platelet count than the normal value is rare but if present then it can indicate towards clotting disorders like thrombocythemia. It can also increase in case of some cancer, infection and other medical conditions.

Other values which are included in a CBC test report are:

Red cells distribution width (RDW) is referred to the amount of variation in the size of the RBCs.

Finding the Best Mattress to Relieve Back Pain

10 Essential Things Every Gentleman Should Own

Rediscovering You: How-to Awaken Your Dormant, Positive Self

Mistakes That We Make in Relationships

Mistakes That We Make in Relationships