Given the taxing effects of cancer treatments like chemotherapy and radiation therapy, it’s no surprise that there’s interest in uncovering less invasive strategies for fighting cancer. Recent studies have added to the knowledge about the tumor-shrinking properties of several natural substances that can have important implications for developing new anti-cancer therapies. Most research focuses on understanding cellular pathways in cell culture in order to inform future clinical implications. Curcumin, klotho, green tea, and resveratrol are just a few of the substances under investigation.

Curcumin is a compound extracted from the root of the turmeric plant. Typically used as a spice in cooking, it’s what gives the yellow color to Indian curry powder. In the past decade, curcumin has been found to suppress tumors through various pathways by modulating cell proliferation, tumor suppressor gene expression, mitochondrial activity, and protein breakdown. A 2017 study published in the journal Breast Cancer found that treating cancer isolated from breast cancer cells with a high concentration of curcumin significantly reduced cancer cell viability to less than 10%.

Dubbed the “anti-aging protein,” Klotho is a substance naturally produced by the body. High levels of klotho have also been implicated in tumor suppression in certain cancers. A 2018 cell culture study published in the Journal of Cancer reported that klotho affects lung cancer cell growth by modulating immune and inflammatory molecules called cytokines. Scientists are studying klotho both in cell culture and in animal models. Soon, they hope to understand its anti-aging and anti-cancer properties much better and to develop a way to supplement klotho protein in humans.

Long touted for its health promotion properties, green tea is considered to be one of the secrets to long life among East Asian populations. Today, green tea is enjoyed as a popular beverage worldwide. It is also one of the non-pharmacological substances whose potential applications are the subject of a large volume of disease prevention and treatment research. In a 2018 study published in the journal Anticancer Research, scientists showed that both green tea and oolong tea inhibited the growth of breast cancer cells in cell culture by damaging cancer cell DNA.

The cardiovascular benefits of resveratrol, a compound found in red wine, have been widely celebrated. What wine lover doesn’t want to hear that their favorite beverage is good for the heart? Now resveratrol, the compound in red grape skins that is responsible for the positive effects, has also been linked to tumor suppression. An article in the International Journal of Molecular Medicine, published in 2018, described that resveratrol plays an important role in suppressing colon cancer cells by stopping the first phase of the cell division cycle, in addition to playing a role in cancer cell apoptosis (or cell death).

Research continues to focus on the kinds of natural substances that can inhibit tumor growth, and how they affect different types of cancer cells. There is potential that this research will lead to the development of targeted cancer medicines created with natural compounds, as well as natural supplements that can serve as tools in cancer prevention. 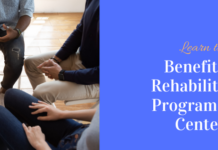 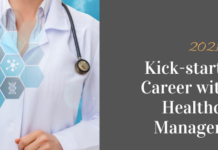 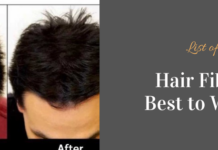