Many women want fuller breasts, but few are willing to get a boob job. In 2018, although 17.7 million cosmetic procedures were done in the US, only 313,735 were for breast augmentation.

In a way, that explains why there’s so much interest in natural, non-invasive alternatives, a niche dominated by herbs. But, which herbs show the most promise?

Often found in breast enhancement pills and creams, wild yam contains diosgenin, a plant steroid. Diosgenin itself is used in the commercial production of synthetic hormones, including estrogen.

The herb is mostly given either to women suffering from premenstrual syndrome (PMS) or those experiencing menopausal symptoms. Diosgenin has hormone-balancing effects, that’s why it help with both issues.

It’s also through diosgenin that wild yam supposedly stimulates breast growth. Interestingly, however, there are studies hinting at the plant steroid’s lack of estrogenic effect.

Despite these conflicting scientific reports, wild yam has its fair share of fans, users, and product manufacturers. So, it’s safe to say that the herb is potent to a certain degree, but that potency is yet to be fully understood.

Touted as traditional Chinese medicine’s go-to answer to menopausal symptoms, dong quai has piqued the attention of the medical community. This is why it’s easy enough to find studies regarding its estrogenic action.

Although nothing conclusive, based on what we’ve seen so far this herb is at least more potent than wild yam. Its estrogenic activity, while still considered relatively weak, is clearly enough to stimulate breast growth in most women—and even men, if taken carelessly.

For example, one study reported the case of a man who ended up getting gynecomastia (enlargement of the breast) from taking the herb in pill form. The said condition usually stems from having too much estrogen.

While this research seems to point towards the herb being extremely estrogenic, the study didn’t have much info on purity and dosage. There’s a chance that the pill didn’t only contain dong quai, but also contained synthetic hormones as well.

Like the previous herbs on our list, fenugreek works through its phytoestrogen content—meaning it essentially acts like the female hormone estrogen upon entering the body, stimulating breast growth in the process.

What sets it apart, however, is that it can also trigger an increase in prolactin levels. Although mostly associated with breast milk production, prolactin makes further breast development possible.

Fenugreek becomes an even more impressive choice once you consider its other two benefits, namely lowering blood sugar and alleviating menstrual cramps.

What’s the catch? Aside from potentially causing side effects like nausea and gas, the herb can change how you smell. Those who’ve been taking fenugreek for quite some time tend to have a strong “maple syrup” odor.

Why would this matter? Androgens hinder breast development and may even cause problems like polycystic ovary syndrome (PCOS) after reaching excessively high levels.

One issue with this herb though, is that it may interfere with prolactin signalling. As we’ve mentioned, the hormone plays a role in the growth of breast tissue, meaning you might not see as much improvement as you’d like.

Mild side effects (e.g. dizziness, nausea, loose stools) might also be a problem. Fortunately, the herb itself isn’t known to cause toxicity even when taken in higher-than-usual doses.

While our previous entry offers breast enhancement in quite a unique way, its estrogenic counterparts are still more popular. And among these estrogenic herbs, dandelion remains among the top choices.

Dandelion is considered highly estrogenic and has been recommended for use in hormone replacement therapy (HRT). Additionally, studies reported that dandelion has potential in resolving other hormone-related issues.

The active compounds in this herb offer a wide range of health benefits like fighting inflammation, neutralizing free radicals, and others. These compounds, which include fatty acids, carotenoids, and chlorogenic acid, keep breast tissues healthy.

Note that inflammation and free radicals increase your risk of developing cancer. And, these become even more of a problem whenever there’s accelerated growth in the body (e.g. during hormonal breast augmentation).

Unfortunately, despite how impressive it is, dandelion isn’t the most straightforward choice. Its leaves and roots can be used for various purposes with different degrees of effectiveness, but are often sold separately.

Also called Kwao Krua Kao in Thailand, Pueraria mirifica contains at least 17 natural compounds capable of mimicking the body’s own estrogen. That alone is enough proof that it stands above the competition in terms of estrogenic action.

Aside from having great potential for use in hormonal breast augmentation, the herb shows promise in reversing aging. After all, estrogen and estrogen-like compounds alleviate problems like wrinkle formation and skin dryness.

Women going through menopause will also benefit greatly from Pueraria Mirifica, as it keeps symptoms like hot flushes and vaginal dryness at bay. Last but not least, Pueraria seems to have a certain degree of anticancer activity—at least against some types of tumors.

These benefits are quite interesting, especially since more and more women in their 40s are choosing to get breast implants. And as you know, menopause (as well as perimenopause) typically sets in at around that age.

So, are Pueraria Mirifica products perfect and universal? Most of them aren’t. Much like with any other herb, there’s an abundance of respective products on the market but the lack of strict regulations makes it difficult to know which of them are indeed pure.

The Best of the Best: Our Recommendation

So, if you do decide to give it a try, go for skincare products instead of pills. Serums in particular are highly concentrated and easily absorbed into the skin, although they’re generally pricier than creams. What’s our recommendation? Go for a proven top-quality Pueraria Mirificascience.com product like the one from Mirifica Science. It’s the perfect combination of purity and cost-effectiveness, meaning you’ll definitely get the most out of every application. 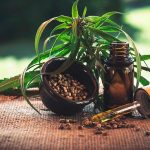 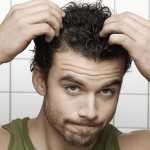 Postpartum Hair Loss: The Best Way to Take Care of Your Hair

Postpartum Hair Loss: The Best Way to Take Care of Your Hair