The Pros & Cons of Vaping

If you’re new to the vaping scene or you’re considering purchasing an e-cigarette device, you’ve probably considered the pros and cons of taking up vaping as opposed to smoking traditional cigarettes.

When it comes to considering the pros and cons of vaping, it’s somewhat of a controversial subject as there are so many misconceptions regarding the industry. Though, to help you put the two sides in comparison, here are some things to consider.

Generally, as studies will support, there are more positive elements to vaping rather than negatives, especially when comparing using e-cigarettes to traditional nicotine cigarettes.

One of the biggest positives is a simple fact that e-liquids do not contain nearly as many harmful components and toxins as cigarettes do. While there is a certain amount of concern regarding chemicals such as diacetyl being used in specific flavorings, the reality is that vaping allows you to keep out of contact with a lot of the substances found in normal cigarettes that prove to be so addictive and harmful.

Gives You Better Control & Can Help You Cut Back

Vaping gives you the option to control the amount of nicotine you consume by having a variety of e-liquids that contain different levels. Not only does this mean it’s easier to reduce your nicotine consumption, but having more direct control can help you quit smoking once and for all as you can gradually reduce the level of nicotine in your juices over time.

It’s more exciting! Vaping gives you the ability to try hundreds of different flavors and mixes to find the one that suits you best and find what you enjoy. Certain devices even let you control the temperature of your e-liquid, which means you can personalize the experience even more. With vaping, you have complete customization with your juices and your mods, rather than having to settle for a specific brand of cigarette.

Despite the positives, it’s important that we remain objective and look at both sides of the argument, which includes the cons.

Vaping can rather easily lead to dehydration, which is never pleasant to experience. Considering that you’re inhaling and exhaling vapor constantly, this can leave your mouth feeling dry and can also end up irritating your throat.

Dehydration can happen to anyone, but you’re more prone to be at risk if you vape regularly. Remember to keep consistent with your fluid intake whilst you’re vaping.

People are often hesitant when it comes to e-cigarettes because there is an existing risk of devices malfunctioning. Batteries can be known to cause problems over time, and can occasionally even explode if they’re exposed to high levels of heat. Though, as long as you take proper care of your device, keep it clean, and keep it safe, you can lower the possibility of experiencing device malfunctions.

RECOMMENDED  Hard to Swallow Truths About Addiction and Mental Illness

There are a lot of misconceptions about vaping and many still believe that if you’re going to smoke anything, it should be traditional cigarettes. While it is indeed becoming more commonplace and the industry is rapidly expanding, it’s still very judged throughout society. Don’t be shocked to catch a few side-eyes or judgmental looks if you make the decision to vape out in public.

Just like with anything else, there are various pros and cons to consider when it comes to the act of vaping. It’s up to you to decide whether the positives outweigh the negatives. 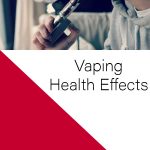 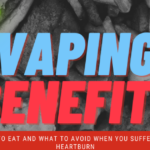 6 Benefits of Vaping for Your Health

Five Ways To Stay Beautiful And Classy During Pregnancy 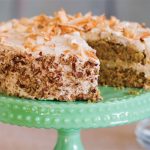 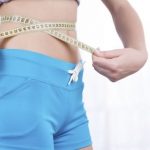 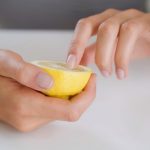