The Harmful Effects of Smoking And Ways to Deal 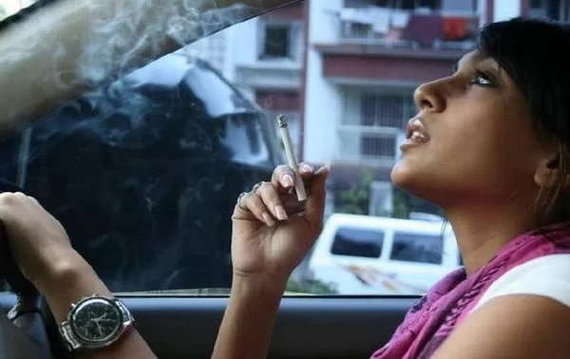 In India, tobacco is consumed at a high percentage, causing people to suffer from serious health issues. It is directly impacting people’s lungs, resulting in many health concerns related to their respiratory system. Additionally, tobacco consumption contributes to an increase in deadly diseases including cancer. It is one of the most pressing concerns, proving to have myriads of harmful effects on a person’s health.

If an individual smokes for a long period of time, this may result in lung damage and respiratory problems at an earlier stage of life. In fact, according to the Institute of Health Metrics and Evaluation, the global death rate of diseases caused by respiratory organs is about 8 million deaths due to tobacco consumption in 2017. This showcases the large effect tobacco consumption has to the many lives in India. It is also found that 60% of the total cancers in males were attributed to the consumption of tobacco. Hence why so many government institutions and NGO’s have declared 31st of May as “World No Tobacco Day.”

The state of passive smoking

Smoking is not only harmful to the smoker, but passive smoking is also seen to have a huge impact on everyone who is breathing other people’s tobacco smoke around the area. In an interview with Dr. Villoo Morawala-Patell, a pioneer in the field of Molecular biology states that passive smoking is just as bad as smoking a cigarette itself. According to Cancer.org, tobacco smoke hangs mid-air containing 7000 chemicals, 70% of which is deadly. Interestingly, exposure to second-hand smoke triggers symptoms and affects pets as third-hand smoke as well.

Reversing the harmful effects of smoking

People should be encouraged to take preventive actions against tobacco. When one quits smoking, it is found that all the nicotine presented in their bloodstream gets removed. This creates a positive effect on their supply of oxygen to the desired organ and improves their senses of touch and taste improve.

In an interview with Dr. Villoo Morawala-Patell, Founder, Chairman, and Managing Director of Avesthagen, she discusses the harmful effects of smoking and if the side effects can be reversed or lowered. She explains, “One has to take preventive mechanisms for it and it can be reversed.” According to Dr. Morawala Patell and recent research, if somebody quits smoking for six months, they are likely to feel less stress than their time smoking. When somebody quits smoking for two years, it will reduce their chances of having a heart attack too. And in the case of women, if they leave smoking for a period of five years, their risk of cervical cancer is almost the same as someone who has never smoked. If they leave smoking for a period of fifteen years, then their chances of a heart attack and stroke are close to the person who has never smoked before. With this insight, there needs to be an increase in awareness and education about the benefits when one quits smoking. It is never too late to begin to reverse the harmful effects of smoking on one’s body and those around you.

The need for society to reduce tobacco consumption

There is an increasing amount of illnesses and deaths in India caused by tobacco smoke that should encourage people to quit. During this quitting process, smokers should have moral support from their family and friends to help motivate them to quit.

Unfortunately, even children are attracted to smoking. Because of this, having good communication with your children is essential. Children should have a certain level of trust and honesty to have a comfortable conversation about tobacco consumption. Additionally, parents are encouraged to gain a clear understanding of the fatal effects of smoking to have an open dialogue with their children. More importantly, the practice in one’s home also matters. There shouldn’t be specific laws for adults versus children. It’s imperative to be fair for both sides and have children understand that peer pressure should be discouraged.

If someone does become addicted to smoking, in order to quit smoking, Dr. Morawala-Patell said, “One can encourage them by stating how it is beneficial for their future longevity, to witness a new world of opportunity, save money and take care of their family. Also, they can be put into genetic counselling.”

Consider taking on alternatives to reduce the side effects of smoking

Nicotine has a negative influence on people’s subconscious mind, that’s why extracting yourself out of it is most important. One must avoid triggers and prevent the intake of cigarettes. It is important to avoid temptation by considering getting into physical sports and activities. Nowadays, there are many alternatives like nicotine patches and electronic cigarettes available to make the path to quitting smoking easier.

Cigarette smoking causes more than 480,000 deaths each year. It damages blood vessels, making them thicken and narrower leading to faster heartbeats and high blood pressure. At times, this may result in a blood clot which can lead to a heart attack or stroke. Additionally, smoking causes AMD (age-related macular degeneration) and increases the risk of having cataracts which affect one’s vision. Smoking is also the cause of type 2 diabetes mellitus and can make it harder to control. In fact, the risk of developing diabetes is 30–40% higher for active smokers than individuals who don’t smoke. Thus, we must encourage others to quit smoking and start living a healthy life again that’s free from the stress and ills caused by it.

Previous articleWill we see more electric cars because of their health benefits?
Next articleSwara Bhaskar and Himanshu Sharma end their relationship after 5 years of Dating