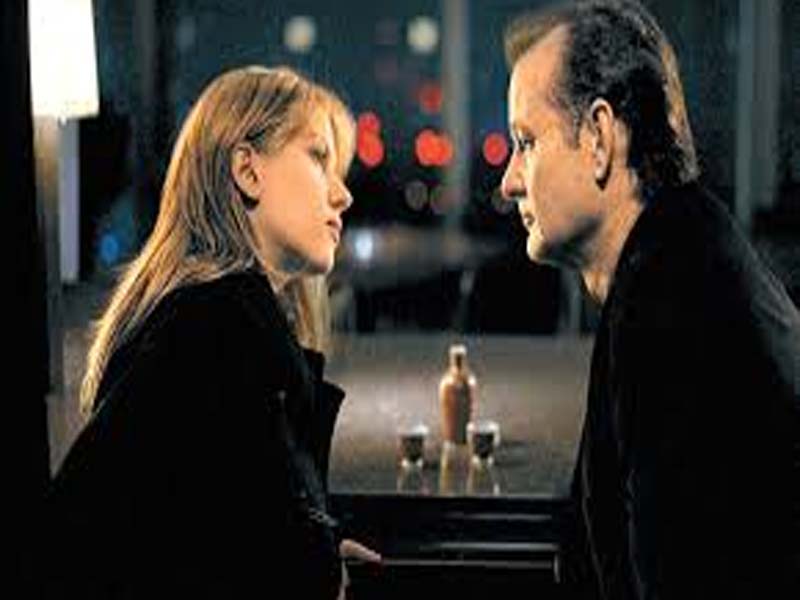 Before I continue the last chapter of this story, I would request you to read the first two parts of this story as it will be easier for you to connect with this chapter: Finally, our date was over and we sat silently in the cab waiting to be back to our respective venues. This might have been the thought in her mind but I wanted to accompany her this time. I wanted to go to her apartment. After a few minutes, the cab stopped in front of her society and she was about to leave when I held her hand tight and stopped her.

“I am coming as well. Please don’t leave me alone today. I want to spend this night with you.”

She smiled and I knew her answer. We walked out of the cab and after paying the driver headed towards her flat. We went into the lift. There was no one around us. The moment the door shut I pulled her tightly towards me and kissed her. I brushed her lips with mine and continued to kiss her until we reached our destination floor. She hugged me and we walked towards her flat holding each others’ hands. She quickly opened the door of her flat and asked me to get in. The moment she shut the door of her apartment I passed a very wicked smile.

“That’s it. You did the biggest mistake of your life by letting me in. You have no idea what’s waiting for you ahead,” I said whispered to myself.

She told me to sit and went into the room to take a shower. While I was sitting on the couch, the flashback of Alisha started appearing again and I went into the past.

What I saw after leaving her apartment was something very alarming and my eyes just couldn’t believe what it saw. Alisha and Sarika were on the roof of the building and I suddenly saw Alisha yelling loudly. She fell from the building and before I could save her and lift her she fell on the ground with a thud. I ran towards her and held her in my arms. I cried as I saw blood oozing out of her body.

“Alisha we need to go to the hospital right now. You will be alright.”

“Please Soheib, I don’t have much time. Sarika.”

“I know it wouldn’t be easy for you to believe but she was the one who pushed me. She ran away after pushing me. I am sure she didn’t see you. She has feelings for you she confessed it and she did all this drama since such a long time to separate us. Please don’t spare her if you love me.”

“Alisha I will never forgive her for this but we need to rush to the hospital now. I can’t let you go. Please don’t leave me alone.”

“I love you,” she said for the last time and her breaths stopped.

I came back to my senses the moment I saw that evil girl coming towards me. Her short clothes and beautiful looks would have attracted any guy but I was just there to take my revenge. Since such a long time I have been waiting for this night. I entered into a relationship with Sarika to first win her trust and then torture her to an extent that she herself would confess her crime. I don’t care if she was a girl and it was wrong to be harsh. She had killed the person who was dear to me and it is an unpardonable offense in my eyes.

I went to her and lifted her in my arms. I took her in the bedroom and tied her hands to the edge of the bed with handcuffs. She might be having several fantasies in her mind but I was there to make this night the worst nightmare of her life. Before I could proceed she requested me to stop.

“I know very well why you have tied me and why you’re here. I even know that all this was fake and you wouldn’t believe me. I know you consider me guilty and would not forgive me ever. Don’t be the man you’re not. Just open my drawer and you’ll find a pen drive. Open my laptop and watch the video in it. You will get your evidence against me.”

“Just shut up. You have so much of guts to say all this shamelessly. You killed my innocent girl and broke my trust. I just hate you Sarika.”

“I won’t speak a word right now. Just watch the video and then you are free to do what you want. I won’t stop you then.”

I felt like slapping her there and then but getting evidence proving my point was more important. For a second I wondered that why she would herself help me in this if she knew I have been using her for so long. My little bit of soft corner vanished the moment I thought about Alisha’s last words to me. I cannot break my promise. I opened the video in her pen drive and as I watched the video tears started rolling out of my eyes. What I saw was something different from what I had been thinking for all these years. It was the CCTV footage of the incident. I wasn’t able to hear anything but I could see both of them. I saw Alisha yelling at Sarika and she stood there sorry. After having a hard argument Alisha was looking too angry and shockingly she started hurting her physically. But Sarika didn’t hit her back. She tried to defend herself and stop her but she was just being too merciless. There came a moment when both of them were at the edge of the roof and Alisha was pushing her badly. It was clearly visible that Alisha was trying to push her so that she falls down. Suddenly Sarika saved herself and Alisha fell down the roof instead. She really deserved it.

The 9 Keys to Great Sex in a Relationship

After watching the whole footage I felt sorry for the person I fell in love with and more sorry for Sarika whom I have been using for so long even when it wasn’t her fault. She knew my intentions and she knew she was innocent, still she never complained.

“Watched? Happy? I overheard your conversation with Alisha that day. After she fell down I wasn’t trying to escape. I went to the control room and somehow distracted them to go away by saying that there has been a suicide attempt. After they left I copied this footage and deleted it. My reason to delete this was to ensure that you don’t hurt yourself. I knew you loved her and you would just not believe anyone else in future if you would have known the true face of Alisha. But this thing backfired me instead. Even before dying she lied to you and you not even once trusted me. You really think I would have killed her? We have been together for a long time. Yes, I had feelings for you but for the sake of these feelings, I wouldn’t do kiddish things as Alisha did. At least I am not a psyhco to kill a person.”

“Just shut your mouth and listen to me. I overheard you and the moment you promised her to seek revenge I knew I have lost our friendship. That very day my feelings died for you. I was just going with the flow and was taking part in your plan so that I can tell you the reality one day. I am not too good to save your ex-girlfriend even after what she did to me before taking her last breaths. Do not expect me to forgive you ever. You might have kept your promise with her but you broke the promise you made to me. Goodbye and don’t try to find me. I will never return back.”

I saw her shutting the door of her apartment and shutting the door of our pure bond forever. This door of true love will never open for me again. For the last time, I saw the apartment in which Sarika stayed and without uttering a single word left forever. I knew she would never let me in again and my act was not worth forgiveness. I would just stare at a picture but this time it would be Sarika. I would try to recall the romantic moments we had spent even if they were fake they were the only truth for me.

Previous articleThe 9 Keys to Great Sex in a Relationship
Next articlePC Muscles & Incontinence: What You Need to Know