The Best Vitamins and Dietary Supplements for Autism

Autism or Autism Spectrum Disorder (ASD) is a developmental disorder that begins within the first few years of life. Although its causes are largely unknown, health care professionals think that genes can be ‘turned on or off’ at critical points during development, leading to autistic behavior.

While it’s helpful to clarify the subject, this article concentrates on vitamins and dietary supplements that may help alleviate some of the issues that people with Autism face.

Let’s find out what we mean by Autism Spectrum Disorder:

What is Autism Spectrum Disorder (ASD)?

(ASD) Autism spectrum disorder is a range of developmental disabilities; these include autism, Asperger syndrome, and atypical autism. Doctors currently define autism as impaired social interactions and communication and restrict and repetitive behaviors or interests.

According to the National Institute for National Mental Health, ASD affects 1 in 68 children in the USA and 1 in 100 worldwide.

Although the specific origins of autism are unknown, there appears to be a strong link between heredity and environmental variables like chemicals and pathogens. Food allergies, sensitivities, and intolerances are common in children with ASD.

People with autism may suffer from a leaky gut, which means their body isn’t correctly absorbing nutrients, resulting in nutritional deficiencies.

Allergies, sensitivities, and associated problems can cause autistic behavior when nutrient deficiencies interfere with normal brain function. An excellent place to start is testing the child for allergies and exploring a healthy diet with whole foods.

Nowadays, autism is diagnosed more frequently than before, especially in North America, which has become quite common. The amount of people diagnosed with ASD often relates to the quality and speed of the diagnosis as opposed to geographical location.

How Can I Get My Child Treated?

A wide range of treatments for autism can include behavioral therapies, nutritional supplements, and medications. Although there is no cure for this condition, there are ways to help people with autism manage their symptoms to some degree.

Always consult your doctor or a healthcare practitioner, and then work together on a treatment plan for your child or young adult.

What Treatments are Used for Autism?

The treatments can vary depending on the opinions of each professional, but some common medical treatments include; Nutritional therapies, Cognitive behavioral therapy (CBT), occupational therapy (OT). Speech and language therapy (SLP) and medications like antidepressants, antipsychotics, and anti-anxiety drugs.

However, nutritional supplements are becoming more popular as an alternative to drug-based ASD treatments along with Neuromodulation Therapy.

What is Neuromodulation Therapy?

What do Nutritionists Have to Say?

Every child or young adult is different, so your doctor should create an individualized custom plan for each person with ASD and their family. There is no one-size-fits-all treatment because autism can manifest itself in various ways, depending on the severity of the condition, genetics, and environment.

However, nutritionists agree that adding good quality supplements into an autistic child’s diet may help lessen specific symptoms such as hyperactivity or anxiety.

Researchers have found several effective options with various uses, including a supplement high in antioxidants and Omega-3 fatty acids from spectrum fish oil supplements are good for regulating Serotonin levels to promote a happier disposition.

Another study found that children with autism were significantly lacking in the amino acid glutamine, which is necessary for healthy brain function. The study suggests supplementation of Oral Glutamine powder to help improve learning and socialization skills among children on the autism spectrum.

Serotonin regulates mood, appetite, behavior, and other neurotransmitter activity within the central nervous system. Those with autism often have low serotonin levels, leading to emotional disorders such as depression and anxiety.

Many people with ASD use the herbal remedy St John’s Wort. St John’s Wort is a supplement that can affect Serotonin levels and has been used to treat depression and anxiety within the general population for centuries. However, there is not enough research on its effects on

ASD, so if you wish to use St John’s Wort, seek an expert’s advice.

What do the Experts Say?

One nutritionist explained how these supplements are not a cure-all to autism but can help ease specific symptoms. She said people should only use supplements to regulate the nervous system alongside an individualized diet plan, involving gut-healing foods should always be followed first, then ‘the right nutrients could be the answer.’ Read more here.

When Leo Kanner first described autism in 1943, he reported something very different with children’s diet on the spectrum. While healthcare professionals believe that autism is not directly connected to food, parents and nutritionists agree that nutritional deficiencies could contribute somehow. 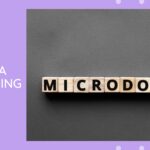 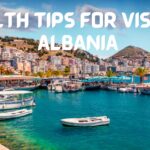 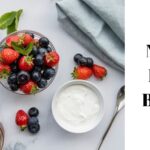 Natural Energy Boosters You Must Know About 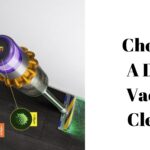 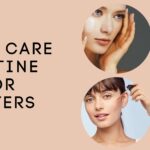 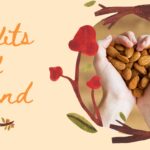 Benefits of Almonds for Skin, Hair and Health

Benefits of Almonds for Skin, Hair and Health