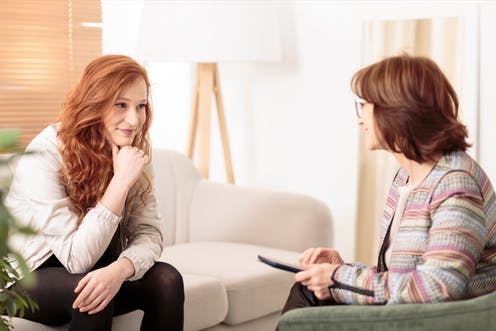 Psychology has been around for well over a century now, ever since Freud began to see and understand the human mind. He believed in a new way to treat people and is called the father of modern psychiatry, but there are still stereotypes and misconceptions about psychiatrists and the people that they treat. The first thing that turns people off of the idea of even seeing a psychiatrist is the pejorative term of “shrink”, which people literally meant as a “head-shrinker”! This term isn’t heard as often as if once was, but the thinking behind it is still quite prevalent. Not only is this concept behind how many people think of others who see a “head-shrinker”, but this term shows the way what these same people think of the entire profession.

This basic misunderstanding comes about from a fear of something that one only partially understands. Most people in the world do not know what is involved in the field and therefore, usually, let their imaginations run away with them. There is also the immediate, knee-jerk reaction that, if someone is in psychotherapy, then there must be something wrong with them. It’s an assumption that many won’t admit upon being questioned, but it is nonetheless, still a thought that crosses their minds. This is the most fundamental stigmatism that must be dealt with across the board. The truth is, that receiving psychotherapy doesn’t mean there’s anything wrong with you, it just means that you need some help in daily life. In many ways, this is no different than taking an anti-depressant every day, which a lot of people do. There are millions taking anti-depressants to help them cope with everyday stress, but this is largely accepted by the greater population. Seeing a psychotherapist is receiving that same sort of help: they are getting what they need to cope with stress. They are, by and large, not a threat to anyone, any more than you or I are. This has been proven time and again, but the “damaged” patient myth still persists.

So, should you see a psychotherapist? This seems like turning a question around on the reader, but the answer really is: “Do you think you should see one?” All in all, there are a few people out there who are told that they need to see a counselor of some sort because they would otherwise be unaware of that fact. The truth is that most of the population feels the need, at some time in their life, to talk to someone other than a friend or family member. At these times, it’s that confidentiality and lack of judgment that is most important to a person. It is also at these times that a psychiatrist is usually your best option. In the case of these doctors, it is not just a matter of trust, they are legally obligated to keep what is said between them and their patients confidential. Furthermore, it is part of their treatment not to be judgemental, but compassionate and helpful.

Knowing this, you’ll realize if the death of a loved one, losing a job, going through a divorce, or any other events in one’s life is making you feel unfocused, or unmotivated. These events can also lead to depression, and it all comes down to the knowledge inside yourself as to whether or not you can weather these events alone. The answer to that question is “no” more often than you think. There are millions of people out there who feel the need to see a psychiatrist at one time or another.

Generally, you’ll know if you need to see a psychiatrist and you’ll know when someone else does, too. Telling them that they should see someone should be done in a delicate, thoughtful manner and without any judgment. As for the stigmatisms around the psychiatric field, this is something that’s been around since the nineteenth century, so there will always be people who will see it as strange, silly, or even against their religion. The best way to deal with it is to educate people on the field of psychiatry. When there are people in your group of friends who make fun of “shrinks”, point out to them that there could be people at that very table who are seeing a psychotherapist. It seems like it’s hard to do, but you’d be surprised how many people at that very table were waiting for someone to say something and nod in agreement when you object. If there is someone who seems freaked out by the prospect of someone they know seeing a counselor, psychiatrist, or psychotherapist, take them aside. Ask them what it is that concerns them and then address those concerns one by one. Stigmatisms about psychotherapy do exist, but these are the best ways to stop them.