Cricket is one of the most favorite sports of the people and there is hardly any who doesn’t love to watch a match. It is a general tendency to think that the greatest cricketers are usually all tall and huge in size. However, this is a wrong concept as we have witnessed a number of great cricketers who are small in their stature. These cricketers have proved that height has nothing to do with cricket as long as you are playing good enough and giving a tough competition to the rival team. There are many short cricketers in history who showcased great cricketing abilities in the field and are just as successful as their taller counterparts. Here, we have put together the names of top 10 shortest cricket players (Worldwide).

Sachin Tendulkar is known to be the most complete batsman of his time. He is the most inexhaustible runmaker of all time, and debatably, the biggest cricket icon the game has ever produced. He holds the record of scoring the most hundreds in both Test and ODI matches. In this entire cricket career, Tendulkar played 664 international cricket matches and has scored 34,357 runs in total.

Born as Walter Latter Cornford, was nicknamed as ‘Tich’ due to his short stature. He is the shortest cricketer who played international cricket from his team. He was an English wicketkeeper and a batsman who played four Tests for England in 1930. He also played county cricket for Sussex County Cricket Club. He played for County Cricket Club from 1921 until the outbreak of World War II. However, he made one more appearance because of an emergency in 1947 at the age of 46.

Mushfiqur Rahim, the Bangladesh wicketkeeper and batsman standing at 5.3 inches, is regarded as one of the shortest player in the history of cricket. He captained the Bangladesh national cricket team until May 2013. On 26 May, 2005, he made his test debut during the first tour of Bangladesh to England. His achievement include a notable maiden Test century that came against India and he was also the fastest player to score it among his team member. He also has a record to score the first double hundred in the history of Bangladesh for Test.

Parthiv Ajay Patel is an Indian cricketer. He played as a wicketkeeper-batsman for the tam and was a member of the Indian national cricket team. In January 2003, Patel played his debut ODI against New Zealand. Playing for Indian, he appeared in 20 Test matches where he scored a total of 683 runs. He was successful for 49 times behind the wickets. Currently, he is an active IPL player and has been signed by the by Mumbai Indians for the 2015 IPL series. In domestic Cricket, he plays for Gujarat.

Gundappa Ranganath Viswanath is a former Indian cricketer. He was regarded as one of the India’s finest batsmen during the period of 1970s. His cricket career in Test stretched from 1969 to 1983 and in One Day International, he played from 1974 to 1982. He made his appearance in the World Cups of 1975 and 1979. In domestic cricket, he played for Karnataka throughout his career. Nicknamed as Vishy, Vishwanath highlighted an elegant batting style emphasisng timing rather than power during his playing days. Though he has a complete repertoire of shots around the wicket in his kitty, square cut shots were his favourite, which he often used against the fast bowlers.

Harry Pilling was an English cricketer and had the recognition of being the shortest professional cricketer of England in the modern times. He also holds the title of being the 6th shortest cricket player in the history of cricket. He also played County Cricket for Lancashire from 1962 to 1982. Being a right-handed batsman, Pilling scored more than 15,000 first-class runs for Lancashire. His unbeaten 70 against Sussex in 1970, was his most memorable innings for Lancashire. This leads the county to achieve the first Gillette Cup success.

He is a Bangladeshi cricketer who plays for Dhaka Division. It was in March 8, 2013, when he made his Test debut against Sri Lanka at Galle. In his debut Test match, he scored 50 runs and156 runs in 3 innings of the maiden Test series. In 2012, he played for Barisal Burners in the Bangladesh Premier League and won the title of ‘Man of the Match’ for scoring 53 off 28 balls against Khulna Royal Bengals.

Alvin Isaac Kallicharran is a former West Indian batsman who played for the team from 1972 to 1981. Kallicharran a left-handed batsman and right-arm off spinner, was known for his elegant and watchful batting style. He was also titled the ‘Wisden Cricketer of the Year’ in 1973. He was a member of the 1975 and 1979 team that won the Cricket World Cup. In 1978–79 tour to India, he scored the highest innings of 187 runs. A knock of 158 against England was his most renowned international innings. He failed to join the World Series Cricket but was appointed the captain of the West Indies in 1977–1978.

David Williams, the former West Indian cricketer is one of the shortest cricketers. He displayed an athletic presence behind the stumps and was also a proficient lower-order batsman. His cricket career stretched from 1988 to 1998 and during this period, he played in 11 Tests and 36 ODIs. In 2007, before the first World Twenty20 World Championships, he was appointed as the assistant coach to the West Indies team. In 2009, he made a surprise appearance in the field undertaking the role of a substitute fielder.8

Tatenda Taibu is a Zimbabwean cricketer. He is a wicketkeeper, batsman, and also a right arm off spin bowler. On 6 May 2004, he was given the responsibility of captaining his team and thus became the youngest Test captain in history. Taibu at 29 years decided to retire from cricket to focus on his work in church. 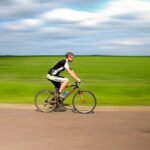 How To Grow Taller Step By Step 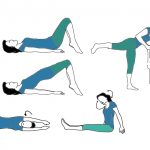 How To Grow Taller By Doing Exercises? 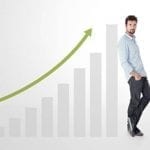 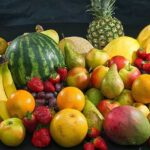 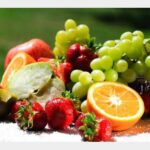