People’s sex drives are sort of like their energy levels, in the sense that you can’t really establish a baseline that everyone should adhere to, but you can also tell when they’re definitely too low. The question is, what happens to make someone’s sex drive diminish, or even disappear? No matter what the external circumstances were, you can eventually trace the cause back to hormones. Fortunately, that’s also where the solution lies – balance your hormones, and your sex drive should return to normal, whatever “normal” happens to look like for you.

If low hormones are the cause of low libido, then how can you pinpoint the problem? One very accurate way is with a sex drive test from Base. One option is to talk to a doctor about ordering some diagnostic tests, or you could take some at-home saliva tests, like the ones that are available from Base. Either way, this is an important step to figuring out your hormonal health.

What if you aren’t quite sure whether or not you need to get your hormones tested? After all, some people can temporarily experience low sex drive without having long-term hormonal imbalances; that happens to pretty much everyone at some point in their lives. Just check over the symptoms listed below – if any of them sound familiar to you, that could be your cue to give your hormone levels a closer look.

If you’re used to having a consistent libido, losing it could be something that’s hard to acknowledge. It’s easier to explain it away with temporary causes, like eating too much junk food last week, staying up too late, or putting off going to the gym. Those can all contribute to the problem, but what you may not admit is that you’ve done all that before without losing your libido. If this has been going on for a while and it just isn’t getting better, it could be time to make some changes before you run into more serious hormonal issues down the line.

If your libido is missing in action, that could easily affect the way you perceive yourself – especially if you have a partner. Feeling sexually inadequate is bad enough when there aren’t any expectations being put on you, but if you also feel like you’re disappointing your significant other, this could result in a lot of unnecessary guilt. The usual approach for low self-esteem is therapy, but that’s only addressing half the problem if your hormones are to blame.

Have you ever witnessed a toddler having a sugar-fueled meltdown? That’s partly due to the way that sugar interacts with their hormones – and that’s similar to what can happen with adults whose hormones are imbalanced. Estrogen is the hormone that’s most commonly associated with unstable emotions, but in reality, cortisol is probably responsible for just as many mood swings. When cortisol (the stress hormone) is chronically elevated, a lot of other hormones can’t be produced in sufficient amounts, resulting in reduced hormone levels. Meanwhile, cortisol keeps telling your brain that the sky is falling – and you eventually start to believe it. Get your cortisol in check, and the sky will return to it’s place as your hormones re-balance themselves.

This is probably the issue that’s most associated with low testosterone in men, but you won’t always see the two things going together. There’s an unmistakable link between them, for sure, but there are also plenty of exceptions to the general rule. For instance, a man could have normal testosterone levels, but if his SHBG (Sex Hormone Binding Globulin) is too high, that could prevent a lot of his testosterone from being available. That’s why it’s often necessary to test for more than the primary sex hormones; those tests alone won’t always show you the whole picture.

On average, the female sex drive won’t be as high as the male sex drive – it’s just biology. Women also experience a lot more fluctuations in libido as they go through their menstrual cycles, so temporarily reduced sex drives aren’t uncommon either. What is a red flag, though, is if a woman is unable to enjoy intercourse without pain or discomfort. If this is happening regularly alongside a low libido, it’s likely that low hormone levels are the culprit.

If you think that your hormones could be responsible for a low sex drive, consider getting some expert advice on the matter.

A sex drive test alone won’t quite cut it, although that’s a great start. You’ll also want to get advice on how to address any imbalances that are revealed through testing. If you really want to understand your hormones, though, consider tracking them month-to-month until you’ve figured out how your hormones work. With Base, you can get key hormones, proteins, and more tested, along with personalized recommendations that will help you correct the imbalances you’ve discovered. It’s just as accurate as getting lab tests ordered by a doctor, and you wouldn’t even have to leave your house – simply collect the saliva sample, throw it in the mail, and wait for your results to appear in the Base app. Curious about what you could be testing?

It’ll be a little different for men and women, but here’s what you can expect to see on Base’s sex drive tests:

Half of the above list may look like gibberish, but every one of those names represents a key player in hormonal well-being. DHEA is a precursor for your sex hormones; so is Vitamin D, which is technically a hormone as well. HbA1c is a form of hemoglobin that’s essential for hormonal balance, and SHBG is notorious for causing low bioavailable testosterone in men. The point is, once you’ve taken some time to track various hormone levels, you’ll have a pretty accurate picture of what’s going on – and an understanding of your hormones that’ll last the rest of your life. 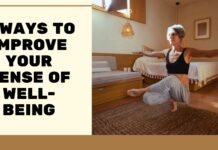 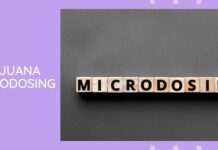 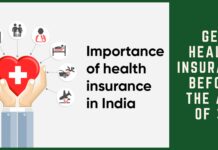