The Science Behind Kratom’s Leaves 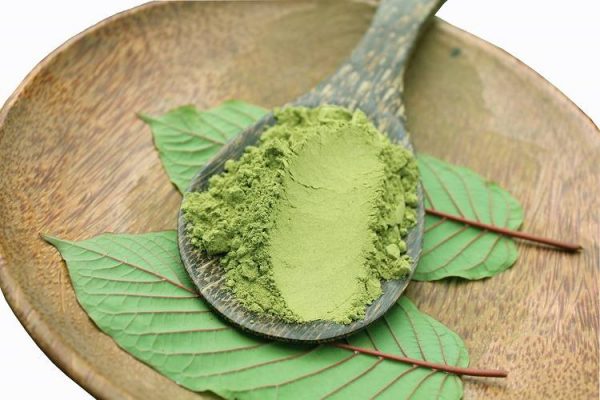 Over the past few years, a somewhat unknown herbal plant known as Kratom has grown popular for its role as a natural alternative to opioid drugs. There are numerous medicinal plants that can relieve pain but none goes at par with Kratom’s analgesic effect. With the help of herbal plants like Kratom, one can be liberated from the prolonged use of opiates and other pain relievers without experiencing dangerous side effects.

However, Kratom has been widely discussed among both for and against its legality. Why it is controversial? Does it pose harm? Is it addictive? What are its positive traits?

As a medicinal herb. One of the best trait of Kratom is that it can be used as a medicinal herb. It isn’t only limited to promoting euphoria or relaxation but this herb contains active components that can effectively relieve pain.

Kratom’s pain-relieving effect relies on its active components Mitragynine and 7-hydroxymitragynine. These alkaloids act on the opioid receptors of the body, thereby suppressing pain sensitivity. The strain Maeng Da is noted as one of the most potent Kratom strain for relieving pain or any discomfort for those suffering from chronic pain, cancer and arthritis.

Non-addictive. The leaf extract contains Mitragynine that can trigger subtle caffeine-like stimulation and a mild high to the brain and body. When taken in low doses, it can cause a feel-good mood without making a person physically dependent on the herb.

This is one of the reasons why Kratom is considered one of the best remedies to fight pain due to medical condition such as multiple sclerosis, joint pains, muscular pains along with helping people addicted to narcotic drugs and substance abuse – but only if used in the right way.

It is versatile. One of the best part with using Kratom is its versatility. It means that it can be used to a wide range of conditions. Users reportedly consume it to:

This plant’s versatility could be attributed to the different varieties and strains. Kratom is native in various parts of Southeast Asia and it comes in a variety of vein color – red, white and green, with each having unique healing qualities. Whatever your purpose of using, whether for pain relief or for energy boost, there’s a Kratom strain that can suit your need.

Comes in various forms. For those new to using Kratom, it is important not to start off with higher doses. One of the good things with Kratom is that it can be used in different forms. Kratom capsules are available in many shops online and offline. Alternatively, you can also buy dried leaves in tablet form, raw form, tincture, leaf extract and liquid concentrate.

Psychoactive effect. The main reason why many countries have been Kratom is because of its known opiate-like effect. Such psychoactive effect has been feared to result in permanent insanity. However, Kratom has been used for centuries in its homeland and it has reported that its natural ‘high’ effect has greatly helped them.

Requires patience and experimentation. Though Kratom is highly effective, one should have patience in finding out their right dosage. Many users have to do some experimenting with the strains, dose and the route of administration (ROA) before finding something that effectively and consistently worked for them.

May cause hyperpigmentation or skin discoloration. As of today, there has been no conclusive study done on the long-term effects of Kratom. However, there are a number of user reports that it can cause skin darkening to those who have used for it for long periods of time. The skin discoloration is most noticeable in the face, particularly the cheeks.

Dangerous side effects. Excessive use of Kratom powder can be harmful for anyone. Overdoses of Kratom may cause:

Like any drug or herbal plant, Kratom has its fair share of advantages and disadvantages. But still, the good far outweighs the bad. The key to using Kratom and avoid the possible side effects is to start small. Begin with low dose and work your way up until you discover the dosage and strain that works for you.

Previous articleList of Bollywood Celebrities Who Got Married After the Age of 40
Next articleHow Can a Therapy Animal Improve Your Health?