OMG : This actress will welcome her first child after 10 years of marriage 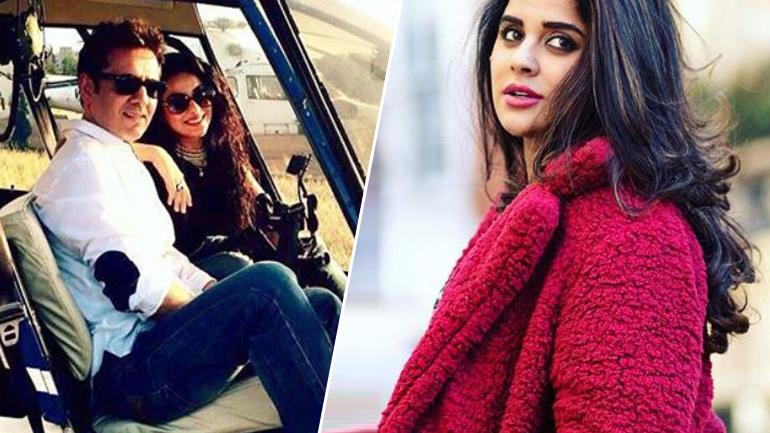 Embracing parenthood is a different world together. Marriage is equally important as having a baby. In today’s world, there are many couples who wish to overlook this phase of their marital life. But there are people who still find joy in those tiny little hands. And of course, there are couples who have been waiting for a very long time to see and feel those tiny hands. But because of some medical complications or some other reason, they are not ready to have the jo of staying awake with their little one.

This time Jamai Raja actor Sara Afreen Khan is going to be a proud mother after 10 years of her marriage. She is currently in her second trimester and seventh month of pregnancy. Sara is married to a life coach Afreen Khan and the duo got married in the year 2009. Confirming the news, the to be mother said

“The baby is due on July 8 and we are super excited. It doesn’t matter if it’s a girl or a boy. We are grateful to God for this beautiful gift, which has already changed our lives. It’s a very personal matter and I had only shared it with very close friends and family. Besides, I have been in London since February.” She further added on

“For the first few months, it was not sinking in that I’m going to be a mother. But now, it’s finally sunk in, especially when I feel the baby move constantly. Nothing can match up to the feeling of my baby moving in my womb.” She further added, “I think that names are the hardest to finalize. We are still working on it.”

Well, Sara and Afreen have a very interesting love story. Love blossomed between them was Sara was really sick. Afreen said “Sara was really sick; so much so, that she had to be admitted to the hospital. When I went to meet her, I knew I was going to marry her, though we did take a lot of time to finally walk down the aisle.”

“When we met, I observed how he conducts himself. He appeared very calm, which is very different from who I am because I am a hyper person. We developed a friendship first, and I always noticed how he used to deal with day-to-day situations. Before I was admitted to the hospital, I knew he liked me a lot. In fact, it was mutual. One day I told him that he will marry me. He started laughing, but we all know how it ended. (Laughs)”

It’s very interesting to note that the two belong from a different religion when asked about the same,

Afreen said “Her parents were very supportive. They never said anything to me about my religion. It could have got difficult from both sides. But Sara converted to Islam much before she knew we were getting married. She learned Arabic and even read the Quran. She’s amazing, neither my parents nor I ever asked her to convert.”

“When I was in London for my education, I started researching in Islam. I started discussing things that I have learned with Arfeen. He would also tell me a few such stories. That’s how I got inspired. I told my parents about it and it just happened.”

Well, we wish all the best to this soon to be parent couple.