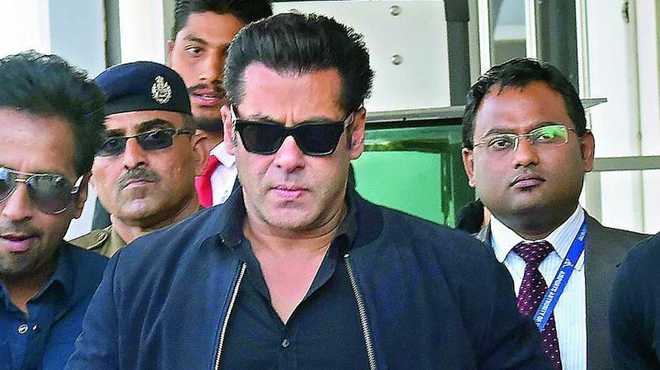 Salman Khan who has been giving a glimpse of his fitness regime through his social networking accounts. And now we know the reason for the same. He is planning to open up 300 gyms across the country under his SK – 27 gym franchise.

The superstar has earlier come up with Being Human and Being strong fitness equipment and now he is planning to come up with his own set of gyms.

Time flies and life passes by v quickly so learn how to appreciate it ..

The aim of SK 27 is to make everyone fitter and sustainable. Other than this, many gyms and fitness centers will also be providing employment opportunities to the youth all over the country.

In April, this year Salman launched his own gym fitness equipment which is said to be installed at each and every gym of Salman Khan which will be opened shortly.

It’s not only about being strong but being flexible too . . Being strong equipment now installed in over 100 gyms in last 2 months @beingstrongindia @jeraifitnessindia

On the work front, two movies of Salman are lined up. One is the third installment of Dabangg which will be released in December. Another one is Inshallah opposite Alia Bhatt.  This movie will be directed by Sanjay Leela Bhansali which will show the fresh pairing of Alia and Salman. Salman will be playing the role of an NRI businessman in this movie.

Talking about Salman’s character one of the sources said

“It’s a character that’s young at heart and Salman will sport a stylish look, complete with designer jackets and sunglasses.”

We wish Salman all the best in his business endeavors.