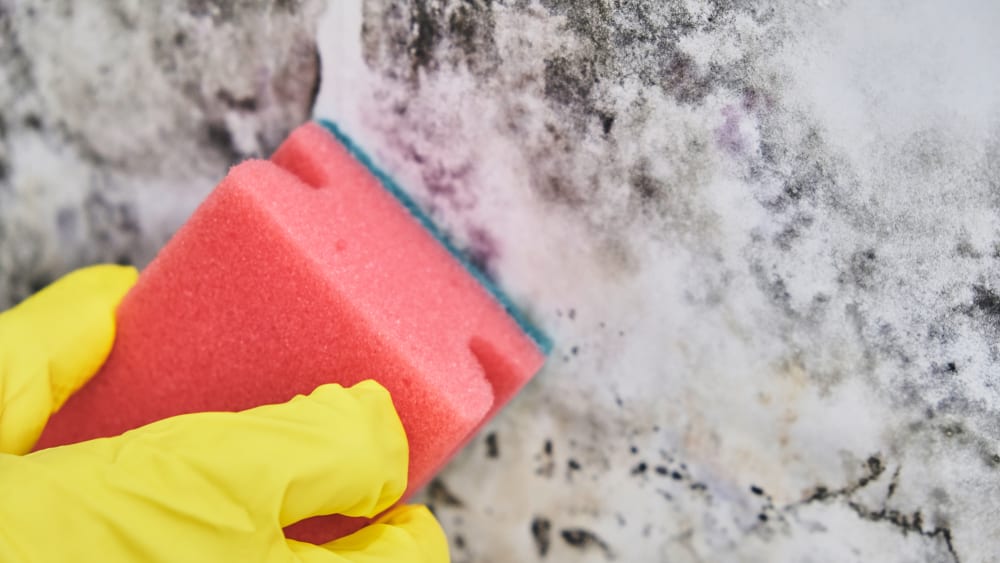 You might not be the kind of person who thinks of their home as their castle, but at the very least you should imagine that it is a happy, hopeful, and above all healthy place. After all, our homes are the place we feel safe and secure most of all. The last thing we want is health hazards and dangers presenting themselves from the walls around us.

Black mould, which is the kind that is generally found, and also the most potentially dangerous, is a type of fungus that lives in the air in the form of spores. When they find a sufficiently moist, warm, and humid environment, they attach themselves to walls and begin growing. This growth appears in the form of a black spotty growth along the walls of the infected areas. Each of these spots will grow, bud, and burst new spores which live in the air.

In the process of the mould eating, growing, and reproducing, it can produce a string of airborne chemicals known as mycotoxins. It is exposure to these, coupled with potentially ingesting spores, that makes black mould species like Stachybotrys chartum potentially dangerous.

If you find a mould outbreak, it is worth further investigating the surrounding structure of your home. Any part of the building being consistently exposed to water could indicate a penetrating or rising damp, which itself could lead to the possibility of a fungal infection in the supporting timbers of your home. Your building could well be in need of wet rot treatment.

Where do you look for Mould?

If you happen to come across a room with a damp, musty, mildew-ridden smell, black mould is not likely far away. Damp, warm, and humid environments are the ideal place for this kind of mould to grow, so take extra care in bathrooms and busy kitchens, especially behind cupboards, wardrobes, or anywhere else that gets little in the way of ventilation, allowing humidity and warm air to gather and settle.

What are the symptoms of Mould Exposure?

The spores that black mould ejects into the air, along with the mycotoxins, if ingested, can be a very serious poisoning risk. Symptoms of black mould poisoning can include the following at the early stages:

In some cases of longer-term exposure, the natural toxins produced by mould spores can lead to symptoms including:

Who is at risk with Mould exposure?

If you have regular allergies, or experience difficulties with asthma, mould exposure is a much more serious problem. In addition to the usual problems associated with exposure to any number of mycotoxins, the dormant spores that can be thick in the air in instances of mould outbreaks act as irritants. When breathed in or otherwise ingested, they will trigger the body’s immune responses, which for people with allergies could be a serious trigger.

For people with hay fever, asthma, or allergy related issues, the following symptoms could be signs of mould spore or mycotoxin exposure:

·       Frequent coughing, especially during the night

How should Mould be treated?

If you believe you have been exposed to mould in the long term, see your physician as soon as possible, as with long term exposure the kind of poisoning involved is more difficult to treat with over the counter remedies.

In terms of dealing with the mould outbreak itself, there are many different options. Several over the counter cleaning solutions can be extremely effective at killing mould growths. The chemicals involved may be very harsh and powerful, as they need to be to fully eradicate a mould infestation. If it is a kitchen where the mould has taken hold, you may want to move any exposed food, for example apples, pears, and bananas in fruit bowls, into a cupboard. You also will want to open as many windows and external doors to let as much fresh air into the room as possible as the cleaning agents take full effect.

Preventative measures also exist, such as mould resistant paint that includes certain fungicidal chemicals. If the wall or area of the building is accessible enough to use these, after you’ve cleaned away the initial outbreak this could be a very useful permanent block on future infestations.

Destroying this instance of the mould will not remove the conditions that caused it to arise in the first place. Be sure to keep the room well ventilated, and keep moisture exposure to a minimum. This will stop it from coming back. Also, turn off the heating system when the property is unoccupied. This will keep the temperature at a level that will not encourage the mould to grow.

Mould is a serious health concern, that can represent real dangers for many households. But with care, proper treatment, and consideration of the kind of state the house is left in, this can all be dealt with cleanly and effectively. Once again, your house can be the happy, homely, and healthy place you want it to be.